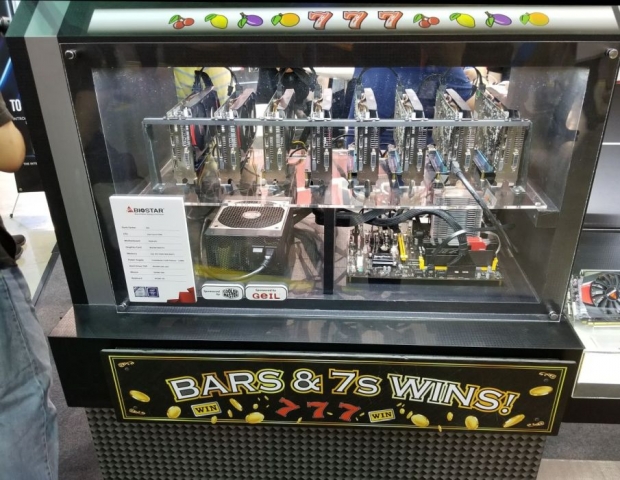 Down to three months

It looks like the GPU industry as we know is in the middle of a metamorphosis. Multiple sources from the channel, all the way to the AIB partners and chip manufacturers, have confirmed that GPUs used for mining will get shorter warranties.

The story is rather simple. Miners use the carda to run very intensive calculations on Bitcoin or Ethereum crypto currency network and they run cards 24/7. When AMD and Nvidia design modern graphic cards, they expect that most cards will be used for just a few hours a day. The most intensive gamers still get some sleep, but the majority of  the population will be using the cards for only a few hours a day. Most casual gamers end up watching movies, reading emails and browsing Facebook or other social not working networks, in which case using a GPU is actually the time for sleep. This is the only time when an Intel integrated system is suitable for the job.

So, all of a sudden, GPUs including Radeon RX 570, 580 or Geforce 1060 3 GB end up working all day and all week,  and, of course, some of the cards start failing well before the one or two year warranty, depending on the continent and applicable laws and rules.

Working 24 hours a day for seven days a week is similar to running a server,  and Intel and AMD sell their server components at a much higher price, partly because they are better tailored to last in an intensive environment.

Today, if you call your favorite distributor, there is a chance that he might have some Radeon 570 or 580 for you, but at a very high mark up, simply because of the massive shortage. They want to sell at them at the highest possible profits and this is the 101 lesson in any capitalist economy classroom. The addendum to this deal is that most distributors don’t offer more than three months of warranty for the cards that are used for mining.

It is unclear how they can tell that you have use the cards for mining, but obviously there is one way. One clear indication is that a customer who buys 200 GPUs is likely to do mining and if one of them fails, well, you can figure out the rest.

This is not as bad as it sounds, as the Radeon RX 580 card can actually pay for itself within less than two months, at least in the current crypto currency environment.

Radeon RX 480, Radeon RX570 and Radeon RX 580 are the Ethereum miners' top choice and in case you can't get any Radeon cards, the second best is Geforce GTX 1060 3GB. RAM doesn’t seem to affect mining, so you don’t really need a lot of it.

Just a short reminder, crypto currencies were a hot topic with Fury cards, and this market flopped after a while. We are not saying that this will happen again, but one has to be careful.