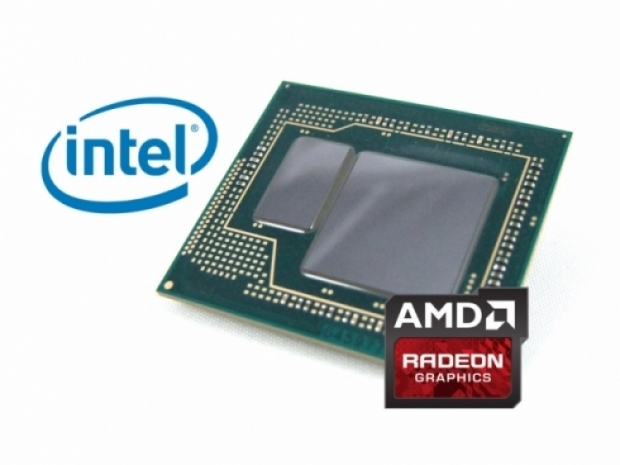 Last Monday Intel  announced that it is using AMD graphics with HBM2 memory in its thinner notebooks and its own Kaby Lake G CPU. Intel didn’t reveal many details but Fudzilla can confirm via our well-placed industry sources that this is a Vega GPU and the project was codenamed P22.

This Kaby Lake G meets Vega HMB 2 product took years and it only stared with the formation what we know, or used to know as the Radeon Technology Group. This was in very late 2015. The first "Intel uses AMD’s Radeon” product was announced just two days before Intel made the splashy announcement that Raja Koduri is joining Intel as chief architect,  and senior vice president of the newly formed Core and Visual Computing Group. This is, of course, no coincidence.

Intel wanted to show investors and especially Nvidia that it can snatch someone who can make a GPU for Artificial Intelligence AI / Machine Learning ML and potentially professional and gaming market chip too. Read multiple solutions.

A few months ago, when Fudzilla confirmed that Intel might license AMD graphics we were heavily criticized that we were making things up. Before Intel announced that it has this one project where the company is using AMD’s graphics in its laptops, many people chose not to believe Kyle Bennet or Fudzilla. Yes, we do know how unlikely that looked like from where most were standing. Over the course of my now 18 years carrier, Fudzilla and my previous home, the INQUIRER under the supervision of Mike Magee, we broke dozens of stories. That is what we do, we are here to understand the big picture and tie the connections and dots.

We are still not ready to give up on the story as the Radeon technology group and Intel cooperation/licensing makes perfect sense. For now, it is the one announced notebook chip, but our sources are very sure that there is a roadmap of products.  We have Intel to confirm that there is a cooperation, we chose to call it licensing, but one can argue that this is the Intel purchasing chips from AMD partnership.

Even if you want to emphasize that this is a cooperation deal, you have to realize that in the last two years and even today Intel and AMD engineers are working together on P22, Vega based graphics solution with the Kaby Lake G processor. It takes a few years to make these things from the ground up.

Apple was one of the companies which initiated this cooperation. Apple wants good graphics in thin form factor, but we are sure that Intel pitched this solution to major OEMs too.

Business wise, this makes perfect sense as it is addressing a market loophole. This is especially important since it has been a few years since Nvidia shipped a single GPU to Apple. Apple holds some grudge about Nvidia, so big that it simply ignores company’s roadmap. But Apple is a  most important customer that plays however it wants to.

Now, we would not exclude the fact that Intel wanted to acquire Radeon Technology Group as Intel wants better graphics. If it could get away with the regulatory agencies, Intel would digest the whole of AMD as it definitely has the cash for it, and it would probably make it quite great. This is however, very unlikely.

What still remains as a possibility is Intel’s Core processors in the future with Radeon graphics. There is no timestamp for something like this, but our sources confirmed that there have been talks that took place quite some time ago.

With last week’s announcements, we believe that Radeon inside of Core products in the future is a possibility. Even if that doesn’t happen Intel can make a GPU, it will just take more time.

The potential would be amazing, AMD would get a high margin license and potential to extend its market share from its current 13.3 percent and and Intel’s 70 percent.

Why would AMD license to Intel?

Now comes the part when people will question why AMD would license to Intel as AMD has its own IGPs.

AMD has a good roadmap for Ryzen, a CPU without GPU and has yet to ship reasonable qualities of integrated Ryzen mobile codenamed Raven Ridge. AMD will win some market share, but it won’t move mountains and win double digit market share overnight. Also, don’t underestimate the power of Intel to come back and give AMD a hard time. It took AMD almost a decade to cook and ship Zen and it would be naïve to expect that Intel won’t come back hard with future products.

Let’s say that there are 200 million Intel IGPs a year. Licensing Radeon to Intel would open AMD all of that as high margin profit. If you don’t believe in high profit margins with licensing, just ask Qualcomm QTL, which makes extremely good profits based on its IP, well when customers pay for what they take.

It just makes sense that during the negotiation for Vega and Kaby Lake G integration that AMD and Intel touched the licensing topic. It is just symptomatic that both AMD and Intel strictly refuse to talk about it, and believe me, we asked on multiple occasions.