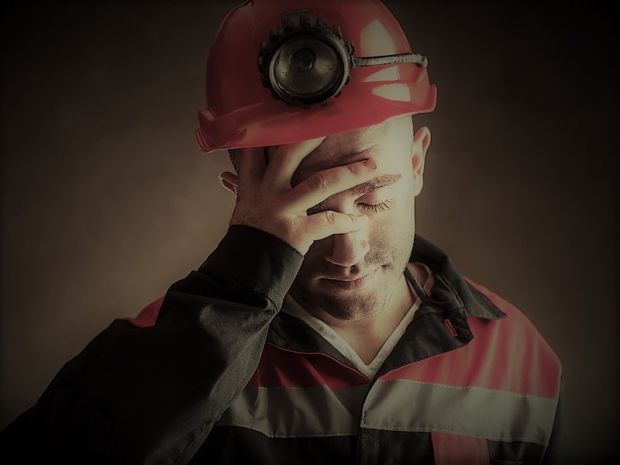 The chipmaker names after a Roman vengeance demon has warned of dark times ahead.

Nvidia is expecting disappointing sales for the holiday quarter, pinning the blame on unsold chips piling up with distributors and retailers after the evaporation of the cryptocurrency mining boom.

Chief Executive Jensen Huang said prices for Nvidia’s gaming cards had risen with the cryptocurrency frenzy, driving some buyers away. As the craze receded and card prices came down, Nvidia expected sales volumes to grow again as buyers who were priced out came back.

But that process was slower than Nvidia expected, Huang said, saying he expects inventories to be at normal levels by the end of the current quarter.

“The crypto hangover lasted longer than we expected”, Huang said on a conference call. “We thought we had done a better job managing the cryptocurrency dynamics”, he later added.

As a result, Nvidia stopped shipping some of its mid-priced chips to retailers, where they are stacking up in warehouses and the backs of stores.

The company said its provision for inventories expanded more than five-fold in the fiscal third quarter to $70 million, and that the same provision had more than tripled for the first nine months of its fiscal year to $124 million.

The provisions for inventory lowered Nvidia’s gross margins by 1.8 percentage points in the quarter to 60.4 percent, though margins were still up from 59.5 percent a year earlier. Margins were also held down by $57 million in charges related to its previous generations of chips following the sharp fall-off in cryptocurrency mining demand.

Nvidia said that its revenue derived from personal computer makers decreased by 40 percent because of lower demand for GPU products targeted for use in cryptocurrency mining.

Nvidia said it expected current-quarter revenue of $2.7 billion, plus or minus 2 per cent, well below analysts’ average estimate of $3.40 billion.

Summit Insights Group analyst Kinngai Chan said that the issue was that inventories of Nvidia’s older gaming chips, based on Pascal, were piling up even as demand for new chips released in August was weaker than expected.

“But we too are surprised at the below-$3 billion outlook” for the fourth quarter, Chan said.

Fortunately, Nvidia is not the only one who is suffering. Its rival AMD blamed dwindling demand for chips from cryptocurrency miners for its lower-than-expected fourth-quarter revenue forecast.

Last modified on 16 November 2018
Rate this item
(0 votes)
Tagged under
More in this category: « Intel confirms its support for VESA Adaptive Sync AMD Polaris 30 GPU made at both GlobalFoundries and Samsung »
back to top