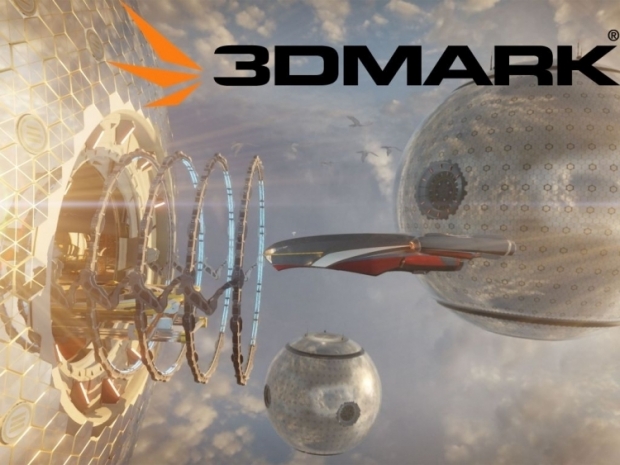 Up to 50 percent boost on RTX series

It was just a matter of time before UL Benchmarks' added DLSS support to its ray tracing 3DMark Port Royal benchmark, and according to Nvidia, it shows a possible 50 percent boost in performance on RTX series graphics cards.

While Nvidia Deep Learning Super Sampling (DLSS) support is not coming to the full 3DMark Port Royal benchmark, but rather just as a DLSS Feature Test, according to Nvidia's blog, it shows that RTX series can deliver up to a 50 percent performance boost while providing a better overall graphics quality, compared to native TAA.

In order to run the DLSS Feature Test, you must have 3DMark Port Royal, Windows 10 with October 2018 update, and, of course, Nvidia RTX series graphics card with the latest Geforce 418.81 WHQL driver. 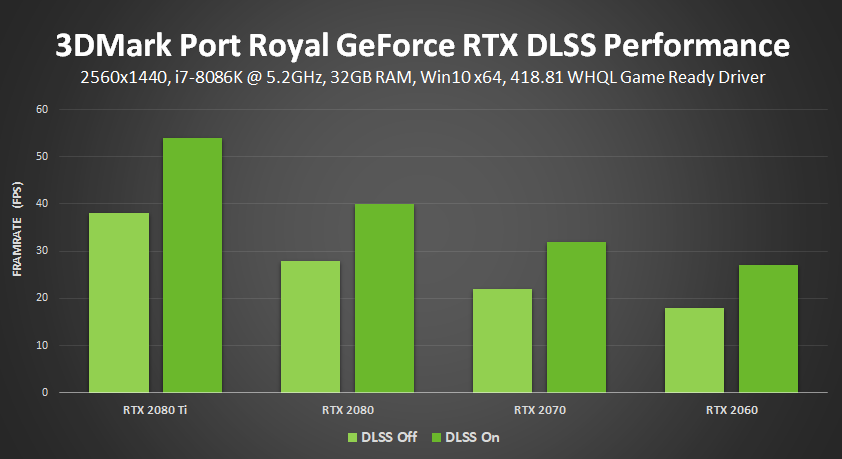 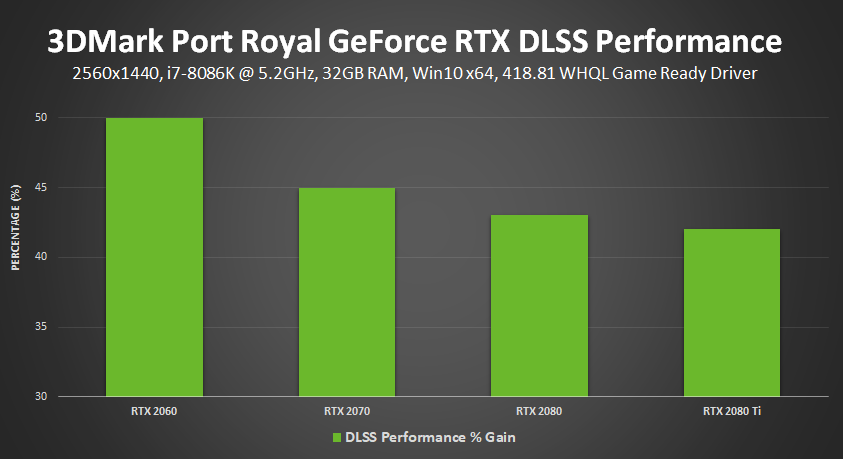