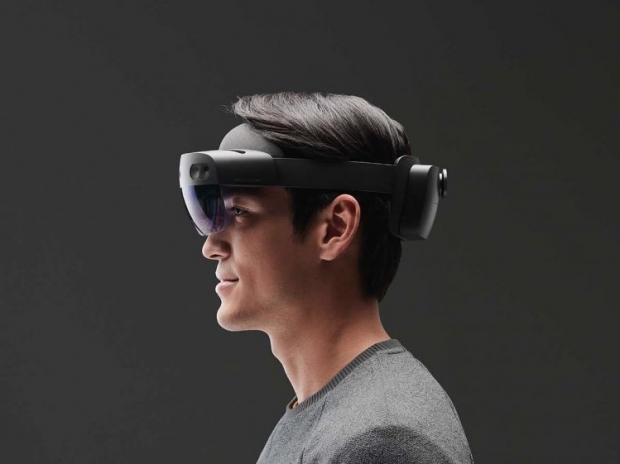 Aiming for industry not the great unwashed

Software king of the world Microsoft has decided that its new Hololens 2 AR specs are not for the great unwashed and released them with a price tag that consumers cannot afford – $3,500.

Microsoft’s new specs are good - the unit has a field of view that’s twice as big as before. Each eye has the equivalent of a 2K display in front of it. The pixel density is high enough to allow you to read 8-point font, which is reasonable given that I am so old eight point is unreadable.

It also has faster processors, bigger batteries, and more RAM.

It works by shining lasers into a set of mirrors that oscillate as quickly as 54,000 cycles per second so the reflected light can paint a display. Those two pieces together form the basis of a microelectromechanical system (MEMS) display.

The HoloLens 2 isn’t much lighter than the original HoloLens, but it is better balanced making the weight less noticeable and putting less strain on your neck.

It runs on an ARM-based Qualcomm Snapdragon 850 rather than something from Intel. This means it can have a smaller battery. Microsoft has done a ton of work to get Windows working well on ARM.

Sadly the HoloLens 2 is only being sold to corporations, not to consumers.

Vole says it is for “first-line workers” - people in auto shops, factory floors, operating rooms, and out in the field fixing stuff.

The reason is that the tech is not ready for consumers yet. According to the reviews, it is immersive as you want it to be and it is still not comfortable enough or cheap enough to get people hooked.