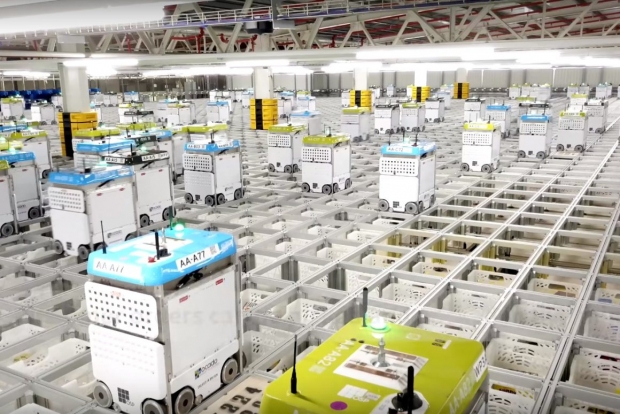 Warehouse tech can be rolled out quickly

The outfit said its warehouse technology can be rolled out more quickly and in a bigger range of locations. Basically, the outfit is running itself as a large warehouse and is dubbing itself as a "customer fulfilment centre” (CFC).  The humans involved, at least for now, are those who deliver the groceries.

Ocado’s retail business holds only a 1.4 percent share of Britain’s grocery market, but its technology is pretty cool and powered the group’s 8.1 billion pound stock market valuation, enabling it to secure partnership deals with supermarket groups around the world, including Kroger in the United States.

The Bristol CFC, which is being built in an existing 150,000 square feet warehouse, will be Ocado’s sixth and is expected to go live at the end of 2020 or early 2021. It will support around 815 jobs in the local area.

Ocado customers in Bristol and the surrounding area will have a wider range of options for delivery, including placing orders for delivery later the same day.

“In the future, mini-sized CFCs can complement the standard-sized CFCs to build a fulfilment network including in areas not suitable for larger CFCs”, the company said.
Last modified on 29 November 2019
Rate this item
(0 votes)
Tagged under