Kingston's HyperX division has announced the launch of new HyperX FURY memory lineup aimed at entry-level gamers which will replace the current HyperX blu memory lineup. With an asymmetric and aggressive heatspreader and offering automatic overclocking, the new HyperX FURY lineup should be perfect for those looking to build their own budget-oriented systems.

To be available in 4GB and 8GB single modules as well as 8GB and 16GB kits, the new HyperX FURY is fully Plug and Play (PnP) and it automatically overclocks within the system speed allowance without any manual BIOS tuning. The HyperX FURY lineup will be avialable in 1333MHz, 1600MHz and 1866MHz frequencies with CL 9 and CL 10 latencies at 1.5V voltage.

It will be available in four heatspreader color choices, blue, black, red and white, and features a black PCB which will go well with many custom builds, according to Kingston. Kingston also announced that the HyperX FURY memory lineup will be soon joined by the Hyper FURY SSD.

The entire lineup is backed by a lifetime warranty but Kingston did not shed any light on their price or the availability date. 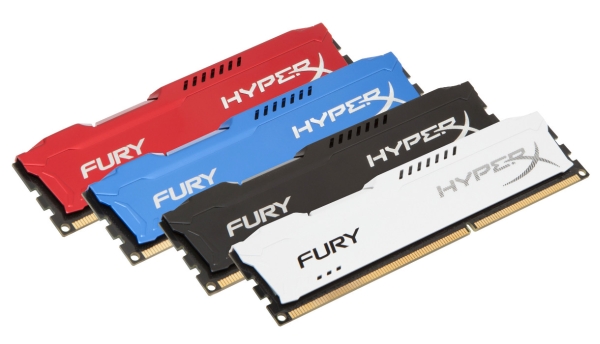 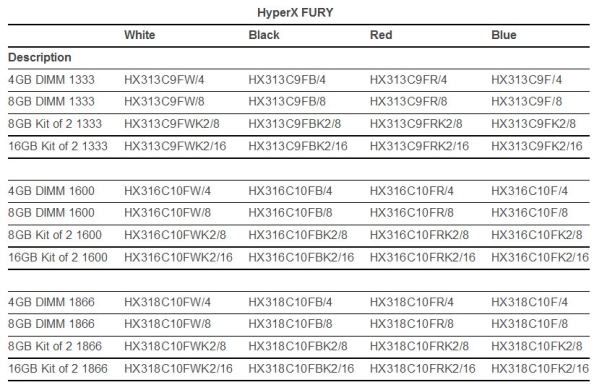