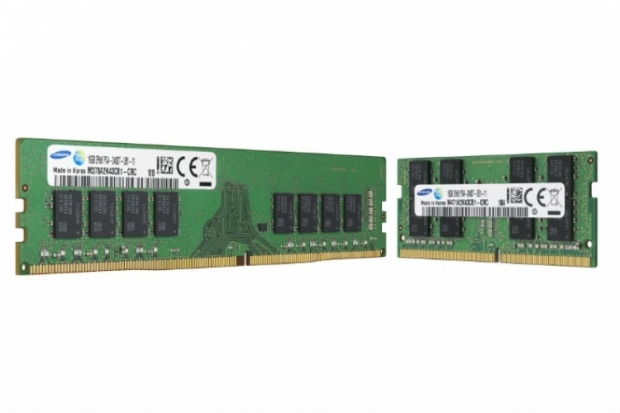 Up by nearly a third

Beancounters at DRAMeXchange have added up some numbers and divided by their shoe size and worked out that contract prices for 4GB DDR3 modules have risen by nearly a third.

Apparently you can pick some up for $25 in the first quarter of 2017 and, what is more, they are likely to get more pricey.

DRAMeXchange claims that there are ongoing tight supply conditions which makes finding it harder than finding a US politician who has not sold his or her soul to some big corporation. The price rally that began in the second half of 2016 will persist through the first quarter of 2017 despite it being an off-peak season.

Avril Wu, research director of DRAMeXchange said the contract markets for DRAM products in the first quarter of 2017 will see prices of PC DRAM products are expected to go up by nearly 30 percent on average compared with the previous quarter while server DRAM products will also enjoy similar price hike.

"The average contract price of R-DIMM 32GB server DRAM modules has already broken through the US$20 ceiling and is expected to see a sequential quarterly increase of over 20 percent."

DRAM suppliers are expected to be cautious about their capex in 2017, while focusing on profitability. DRAMeXchange forecast that the overall DRAM supply bit growth for the year will be only 19 per cent which will come below the demand bit growth estimated at more than 22 percent.