Geeksphone Peak+ goes on pre-order for €150

Gets you 4.3-incher dual-core with Firefox OS

Geeksphone has announced that it has started to take pre-orders for its new Peak+ Firefox OS powered smartphone. Although it is just a minor upgrade when compared to its previos Peak smartphone aimed at developers, the Peak+ packs decent specs and will be available for consumers with a rather affordable €149,00 price tag.

As noted, the new Geeksphone Peak+ is just a minor update over the original Peak as it features the same 4.3-inch 960x540 IPS screen and powered by the same Qualcomm Snapdragon 8225 S4 chipset powered by a dual-core Cortex-A5 CPU part clocked at 1.2GHz and paired up with Adreno 203 GPU. It still has 4GB of storage expandable via microSD card slot, 8-megapixel rear camera with flash, 2 megapixel front camera and a 1800mAh battery.

On the other hand, it did get 1GB of RAM which is double the amount on original Peak and uses a new exterior material that is better to the touch, according to Geeksphone. It also comes with Firefox OS 1.1 out of the box, the same update that both Peak and Keon recently received.

The Peak+ will be available for pre-order at Geeksphone site with a promotional price of €149 (around US $200). Geeksphone noted that the price will go up a bit once initial batch is sold but did not specify it. The pre-ordered units should ship out in September. 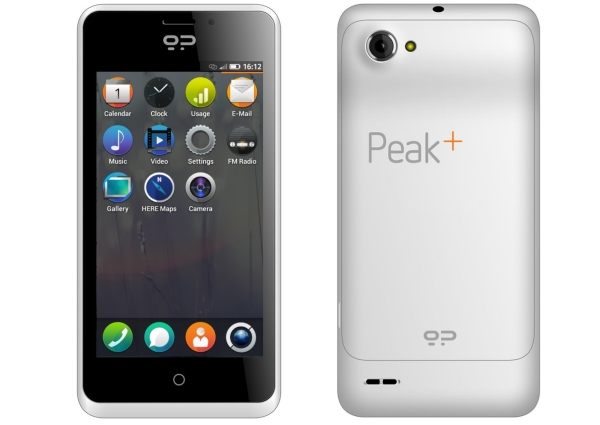