Why not just run ads and get it over with?

The iPhone 5S and 5C launched a few days ago to much fanfare. While the 5S is proper “S” refresh of the iPhone 5, with a lightning fast processor, improved camera with a bigger sensor and new lens, better LTE support and that fingerprint sensor thingy, the 5C is nothing of the sort. It is a repackaged iPhone 5 with a better front facing camera and a slightly bigger battery.

These are the facts. Now for some spin.

The iPhone 5S got very positive reviews and rightly so. It is a nice improvement over last year’s model and since it’s an “S” model there’s no major design changes to comment on, either. However, the iPhone 5C seems to have placed heaps of reviewers in a world of trouble. You see, product reviews aren’t what they used to be. In fact, in many cases, they really shouldn’t be called reviews to begin with, since most of them now look and smell like paid adverts, which they ultimately are, in one way or another.

On the whole, reviews tended to be positive even in the heyday of the tech press. Companies didn’t usually send out samples of subpar products and reviewers didn’t want to bother with them. For example, company x would offer to send a sample of product y to reviewer z. If the product was crap, the reviewer could respectfully decline without losing face and without writing a shill review. Or, the reviewer could still do the review, making it clear that it wouldn’t be positive, but he or she would still try to find some redeeming features. Some products just aren’t winners and reviews are supposed to reflect that, offer sound consumer advice and identify shortcomings in the process, helping manufacturers avoid the same mistakes in the future.

That was then, the iPhone 5C is now – and it perfectly illustrates how once reputable sites became the laughing stock of internet communities.

Nowadays reviewers are practically compelled to do positive reviews, which usually isn’t a problem since most products really are good, and the ones that aren’t top notch still have plenty of redeeming features to write about, or a great price tag. The iPhone 5C really doesn’t have a lot going for it. It is yesteryear’s tech packed in a cheaper body, yet it is overpriced. So the tame press had to get creative.

Did you know it doesn’t feature a cheap feeling polycarbonate shell? Now that Apple is doing it, it feels like ceramics or a slab of ivory. What about the high-gloss finish? Well it apparently hides scratches and sheds greasy fingerprints with a quick wipe. Yes, you can wipe off the fingerprints, that is apparently a new feature. Oh, and it is highly resistant to flex, since it has a steel frame. The fact that virtually all phones nowadays don’t show a hint of flex and feel like you could bludgeon someone to death with them is irrelevant, because the 5C has a steel shell. 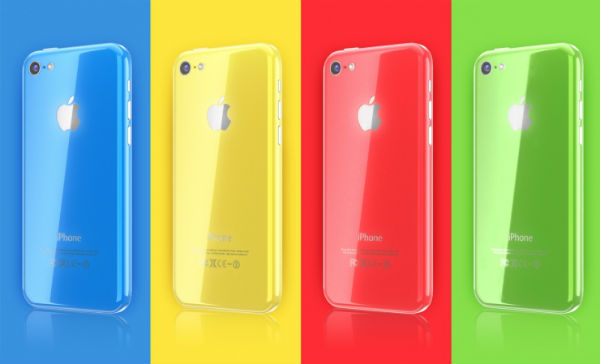 It’s heavier and thicker than the phone it replaces, but in the world of payola reviews this is actually a good thing, since the sleek iPhone 5 was apparently too light and too thin. Interestingly enough, the iPhone 5S, which features practically the exact same design as the iPhone 5 is just right. This isn’t just funny, it is lunacy.

The colours are gorgeous and vibrant, despite the fact that they are pastel, which is pretty much the exact opposite of vibrant. The terrible connect the dot cases, at $29 a pop, aren’t bad – they’re just not as “polished” as the rest of the phone. Oh, and Sir Ive is credited with perfectly integrating the exterior design with iOS 7. Yes, apparently a company with $140 billion in the bank really needs to be praised for matching six background images to six colour options. How come nobody ever thought of that? Also, quite a few US-based sites never even mentioned the off-contract price.

The iPhone 5S seems like a pretty good upgrade in my book. The iPhone 5C isn’t bad, underpowered or ugly, but it’s pricey. So why on earth are so many people losing credibility with sweetheart reviews? Luckily, there are still quite a few sane sites out there, we won’t name names of course, but for all intents and purposes reviews on big, mainstream sites really don’t deserve to be called reviews anymore. Call them what you want - adverts seems like an appropriate word, or a new form of entertainment perhaps?

Also, this does not apply solely to Apple products. Not anymore.