Are Putin’s teams out to slow down 5G adoption? 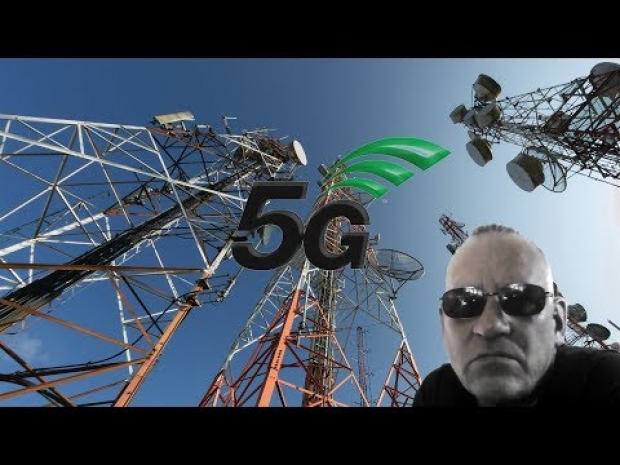 Conspiracy nuts are starting to target 5G development based on what Infowars and Russian backed fake news sites are telling them.

The stories of how dangerous 5G are include tall tales of people dying of heart attacks from the intense electromagnetic fields the technology is alleged to generate.

Similar to the anti-vax hysteria which resulted in kids catching medieval diseases in civilised parts of the world, the anti-5G crowd are spouting fake science.

YouTube videos promise dire consequences from 5G networks with claims that the technology will cause cancer or even be a tool for government mind-control. The fear has translated to protests across the world where opponents have had some success.

Members of a California town managed to block new mobile towers, at least temporarily, on the grounds that they didn’t go through the right environmental approval process. In Australia, a mayor agreed to push back on 5G installations last month after opponents carrying “No 5G” signs packed a city council meeting. Another group on New York’s Long Island has been created to organise protests to the 5G towers.

There’s next to no scientific evidence that 5G, or any earlier wireless technology, causes cancer or other illnesses. In fact the American Cancer Society said there was “very little evidence” that cell towers cause cancer.

The Federal Communications Commission has ruled that cellphone tower broadcasts are “thousands of times below safety limits”. The World Health Organisation says that “current evidence does not confirm the existence of any health consequences from exposure to low-level electromagnetic fields”.

Alex Jones’s Infowars has published dozens of ominous stories decrying the new 5G towers, predicting a “front for global control” that will be used to “destroy the population”.

One of the key things about the anti-5G movement is the involvement of the Russian government-owned TV channel RT.

In one January segment that has earned more than a million views on YouTube, RT anchor Rick Sanchez admits that he had to quickly look up 5G on Wikipedia before warning his viewers about it—but he then plunges into the dire concerns anyway.

5G conspiracy theories are fuelled by several fake “news stories” that supposedly show the technology’s dire effects. 5G opponents often cite a test that supposedly killed hundreds of birds in the Netherlands, for example, a claim that originally spread in a series of viral Facebook posts. But, that test happened months before the birds’ mysterious death.

But fake news element has all the hallmarks of a Russian propaganda campaign and there are signs that it would suit Russia if western 5G development were slowed.

Russia wants to provide coverage to more than 80 percent of the country’s population by 2025.

Russian mobile operators are set to launch commercial 5G networks in 2020 and 5G is expected to grow to account for one in five of the country’s mobile connections (48 million) by 2025, establishing Russia as the leading 5G market.

Other countries in the region expected to launch 5G services by 2025 include Azerbaijan, Belarus, Georgia and Uzbekistan, according to the Mobile Economy: Russia & CIS 2018 report, which was published today at the Mobile 360 Series – Russia & CIS event being held in Moscow. Mats Granryd, Director General of the GSMA said that Russia wanted 5G to create digital economies and drive the transformation of industries.

The first 5G-based use cases in the region are expected to focus on enhanced mobile broadband (eMBB), which will add capacity and higher speeds for mobile internet access, usually in urban hotspots where 5G will be an offload solution to ease network congestion.

However, 5G-based Internet of Things (IoT) and enterprise solutions will follow soon after. The number of IoT connections in the CIS region is forecast to triple over the next few years, reaching 660 million by 2025, opening opportunities in areas such as smart cities and smart utilities. Other areas of opportunity for mobile operators in the CIS region include e-commerce, blockchain and investments in the startup ecosystem.

While no one in the right mind believes that the conspiracy nuts will stop 5G development in the West, it is a good propaganda investment to slow it down enough for Russia to be ahead of the game.