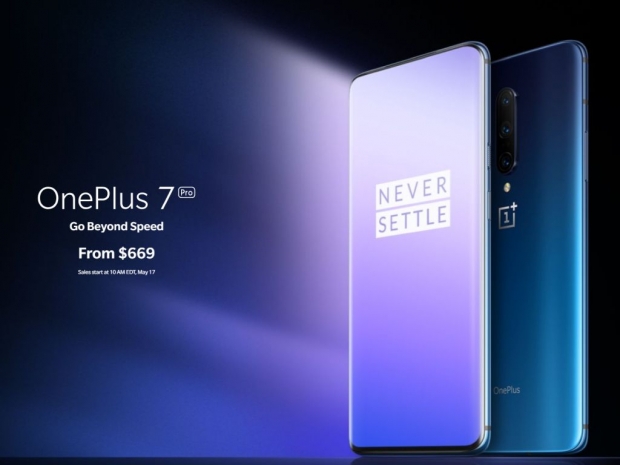 After plenty of leaks that pretty much unveiled both of the phones earlier, OnePlus has now officially unveiled its new OnePlus 7 series, including the flagship OnePlus 7 Pro and the OnePlus 7.

There have been plenty of leaks earlier so an official announcement from OnePlus did not bring many surprises. OnePlus is obviously moving away from its affordable flagship mantra as although the new flagship can compare to the competition with its features, it unfortunately also comes with a flagship price, but we'll get to that a bit later.

The OnePlus 7 Pro with its 6.67-inch Fluid AMOLED 90Hz screen

The star of the show is obviously the OnePlus 7 Pro, featuring the new 6.67-inch QHD+ (3120x1440) resolution Fluid AMOLED screen with 90Hz refresh rate, HDR10+ and DCI-P3 support. The screen is protected by Gorilla Glass and should provide smoother experience thanks to its higher refresh-rate, although not as smooth as the Razer Phone.

Such a screen leaves the OnePlus 7 Pro with an 88.1 percent screen-to-body ratio and 516ppi of pixel density, and unlike some other flagship smartphones, including Samsung's Galaxy S10 lineup, does not come with a notch or any camera holes on the screen, but rather a motorized pop-up 16-megapixel camera for selfies. 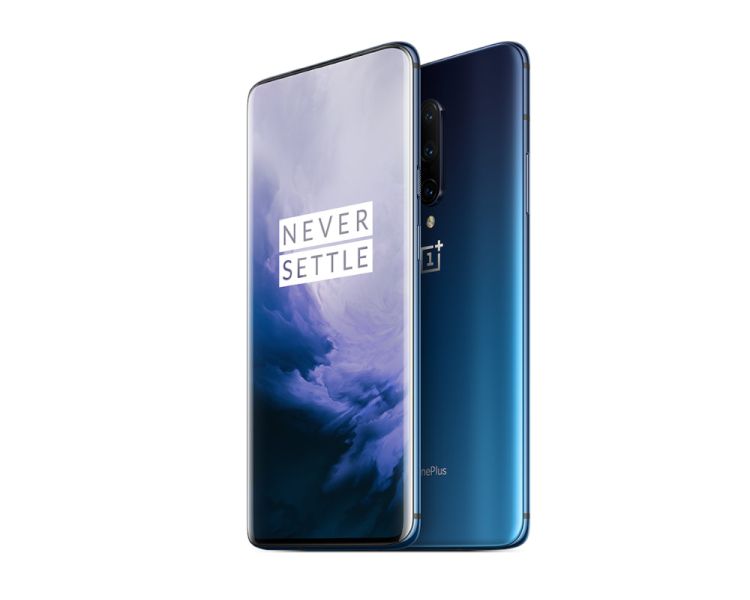 The heart of the OnePlus 7 Pro is Qualcomm's flagship Snapdragon 855 SoC which is cooled by a 10-layer vapor chamber. The SoC is paired up with up to 12GB of RAM and up to 256GB of fast UFS 3.0 internal storage. It does not come with a microSD card slot and no 3.5mm audio jack.

The key feature of the OnePlus 7 Pro is the motorized selfie camera, which has a 16-megapixel sensor (1.0µm), f/2.0 aperture and 25mm lens. The phone uses the accelerometer sensor to detect when the phone is dropped in order to close the pop-up camera and the motor is rated for more than 300,000 cycles. 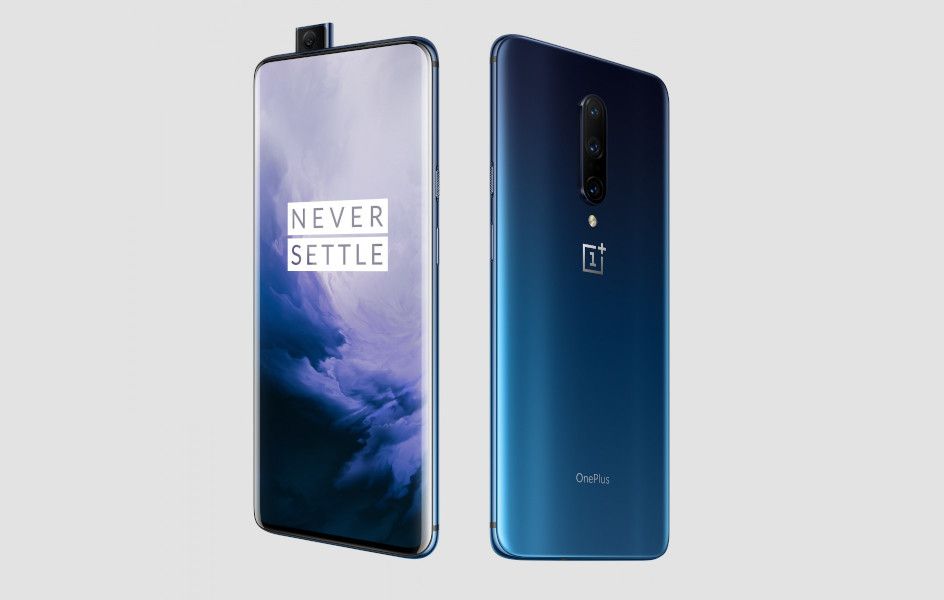 The upgraded OnePlus 6T, also known as the OnePlus 7

In order not to disappoint those that were looking for a reasonably priced upgrade from OnePlus 6T, OnePlus also unveiled the OnePlus 7, which is pretty much a mix between the OnePlus 7 Pro and the OnePlus 6T.

It still uses the non-curved 6.41-inch Optic AMOLED screen with 2340x1080 resolution and a teardrop notch for selfie camera, but comes with an update in the form of Snapdragon 855 SoC, 6GB and 8GB of RAM, 128GB or 256GB of UFS 3.0 internal storage, and updated under-display fingerprint sensor, just like the OnePlus 7 Pro. It also uses the same fancy Dolby stereo speakers as the OnePlus 7 Pro. 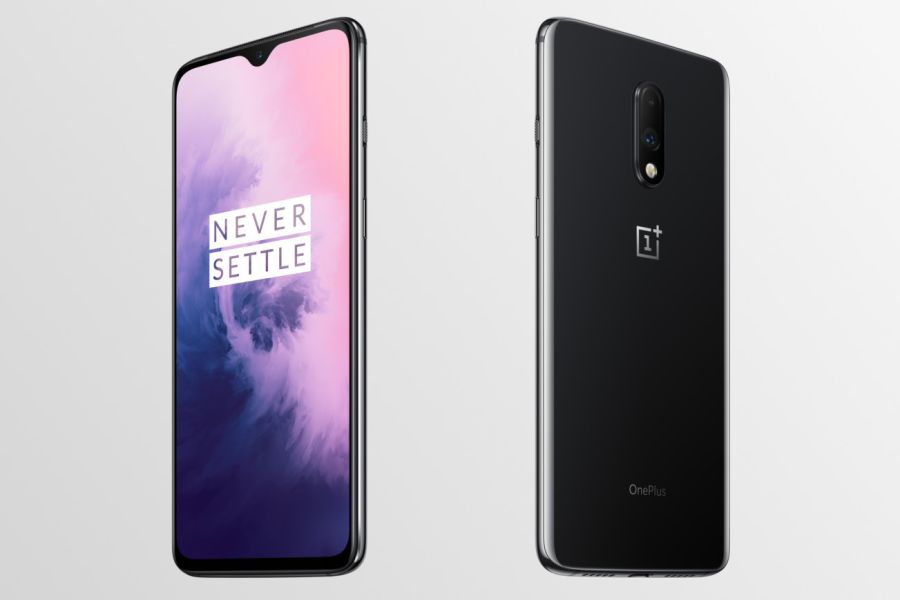 The rear camera setup has been updated as well, so you get the same 48-megapixel sensor as on the OnePlus 7 Pro, although with a slightly different lens, and no telephoto or ultra-wide camera, but rather just a 5-megapixel depth sensor. The selfie camera has been updated to a 16-megapixel one with a 25mm wide lens with f/2.0 aperture.

Of course, OnePlus has also announced the new trade-in program in the US, which will allow you to trade in your old OnePlus smartphone and get a discount on the new OnePlus 7 Pro.