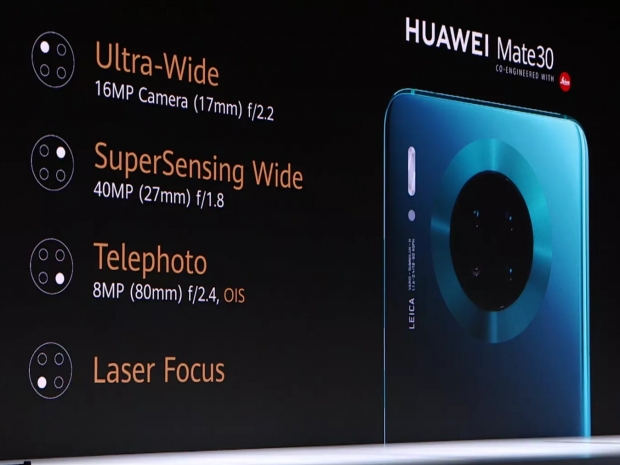 American tech companies are getting the go-ahead to resume business with Chinese smartphone giant Huawei but it may be too late as the outfit has moved on and is seeing other people.

The US government used Huawei as its poster child for anti-Chinese hate to support its trade war against the country.  The US claimed, without any evidence, that the company was spying on users - it arrested a senior manager and finally blacklisted US firms from supplying tech to the outfit. Unfortunately, it is now starting to look like the only people to suffer are the US companies who wanted to flog chips to Huawei.

Huawei's latest phone, which it unveiled in September -- the Mate 30 with a curved display, telephone and wide-angle cameras that compete with Apple iPhone 11 -- contained no US parts, according to an analysis by UBS and Fomalhaut Techno Solutions, a Japanese technology lab that took the device apart to inspect its insides.

Huawei appears to have found non-American suppliers for several critical components. For example, it’s now sourcing audio amplifiers from the Netherlands’ NXP rather than Cirrus Logic, relying entirely on its own HiSilicon semiconductor division for Wi-Fi and Bluetooth chips rather than Broadcom, and using other companies like Japan’s Murata and Taiwan’s MediaTek for other parts previously supplied by US manufacturers.

While Huawei hasn't stopped using American chips entirely, it has reduced its reliance on US suppliers or eliminated US chips in phones launched since May, including the company's Y9 Prime and Mate smartphones, according to Fomalhaut's teardown analysis. Similar inspections by iFixit and Tech Insights Inc., two other firms that take apart phones to inspect components, have come to similar conclusions.

While it was thought to be inevitable that he Chinese would catch up on US tech thanks to the socialist ability to throw money at a problem to make it go away, it seems that the US trade embargo has just sped that process up.

Last modified on 03 December 2019
Rate this item
(6 votes)
Tagged under
More in this category: « One in four kids have smartphone addiction problems Alex Katouzian announces Snapdragon 765 5G »
back to top