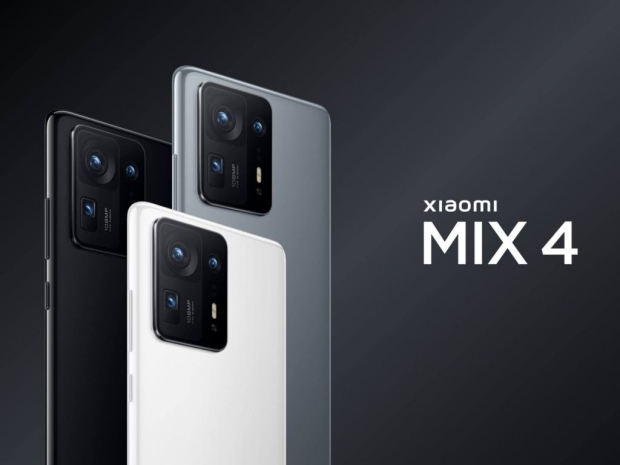 Xiaomi has now finally unveiled its next Mi Mix smartphone, the Mi Mix 4, which will sport some new features, like an under-display camera, as well as other high-end features, like AMOLED screen, Qualcomm's latest Snapdragon 888+ SoC, fast battery charging, and more.

The Xiaomi Mi Mix 4 measures 162.6x75.4x8mm and uses Gorilla Glass Victus over the screen and ceramic back, joined together by an aluminum frame. This adds up to 225g of weight, a 30 percent reduction compared to similar phones. The phone is IP53 certified, which makes it dust and splash-resistant.

The big update is that the screen does not come with a punch-hole, but the front 20-megapixel camera is hidden behind a 400ppi under-display camera zone. Xiaomi calls it the CUD Display (Camera Under Panel Display), which has a re-designed circuit array to improve transparency with micro-diamond pixels, as well as dedicated optimization algorithms to improve photo clarity. The camera is a 20-megapixel CUP front camera with 1.6 µm sized pixels when the 4-in-1 Super Pixel. 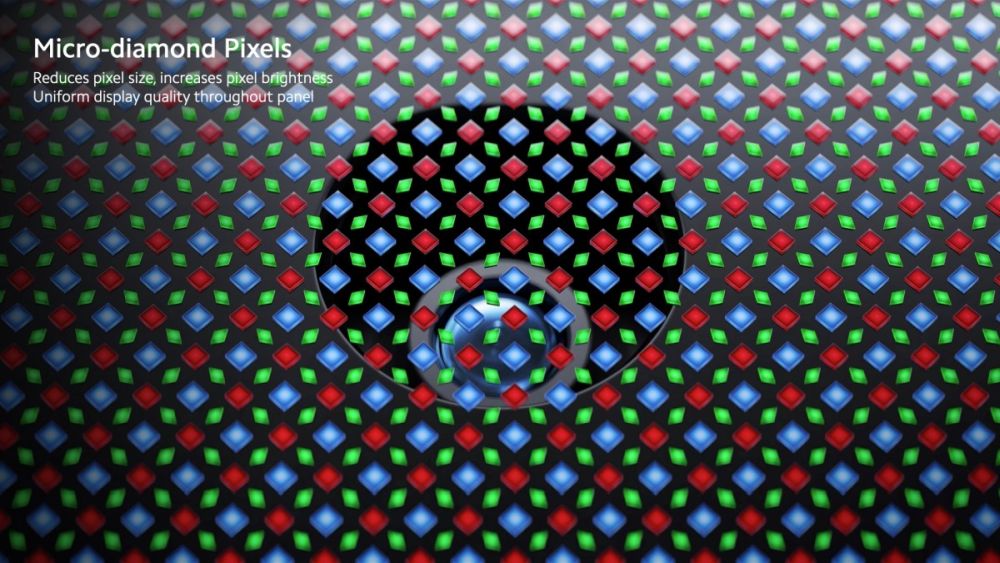 The rear camera setup is pretty impressive as well with a triple sensor setup, including the main 108-megapixel ISOCELL HMX main sensor with f/1.95 7P lens with OIS. It also features a 50x periscope camera with an 8-megapixel sensor with 5x optical zoom and 120mm focal length lens with OIS, as well as an ultra-wide angle camera with a 13-megapixel sensor and 120-degree FoV f/2.2 6P lens. The camera system is backed by a dual-LED flash. 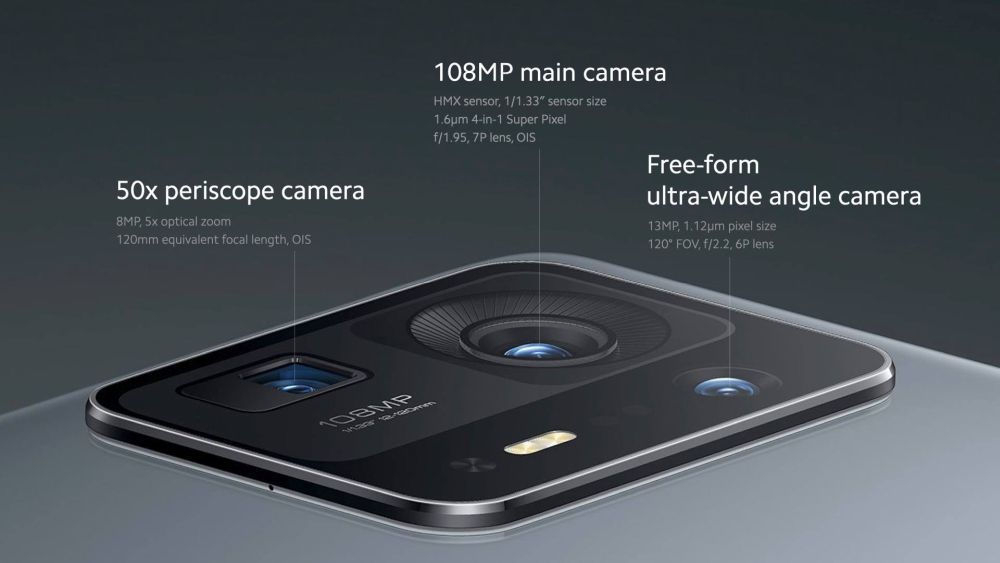 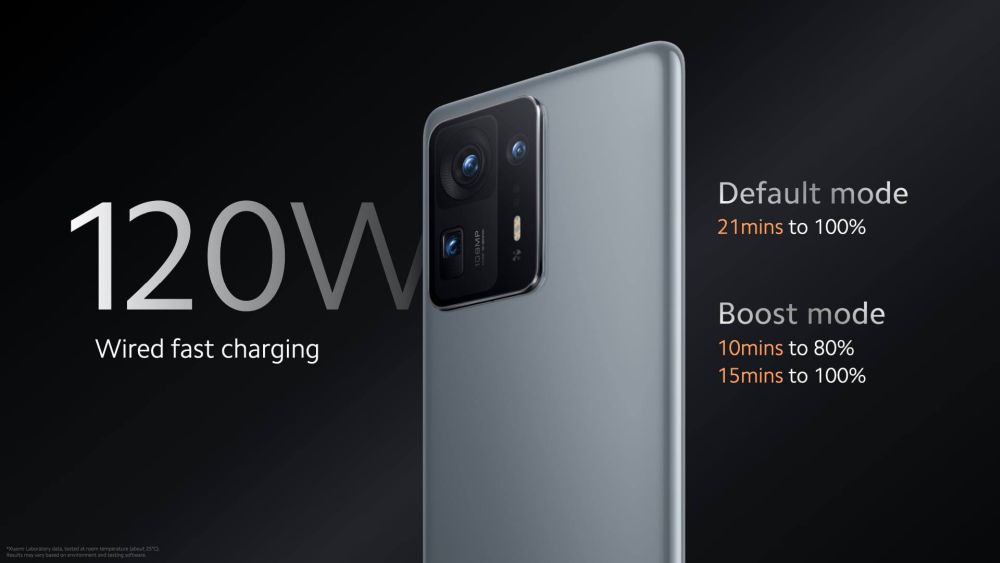 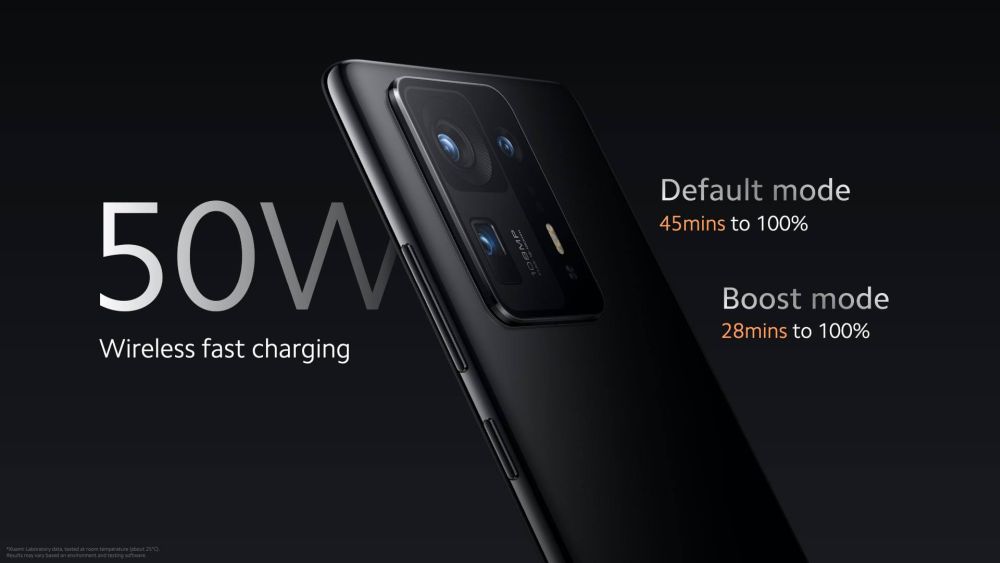 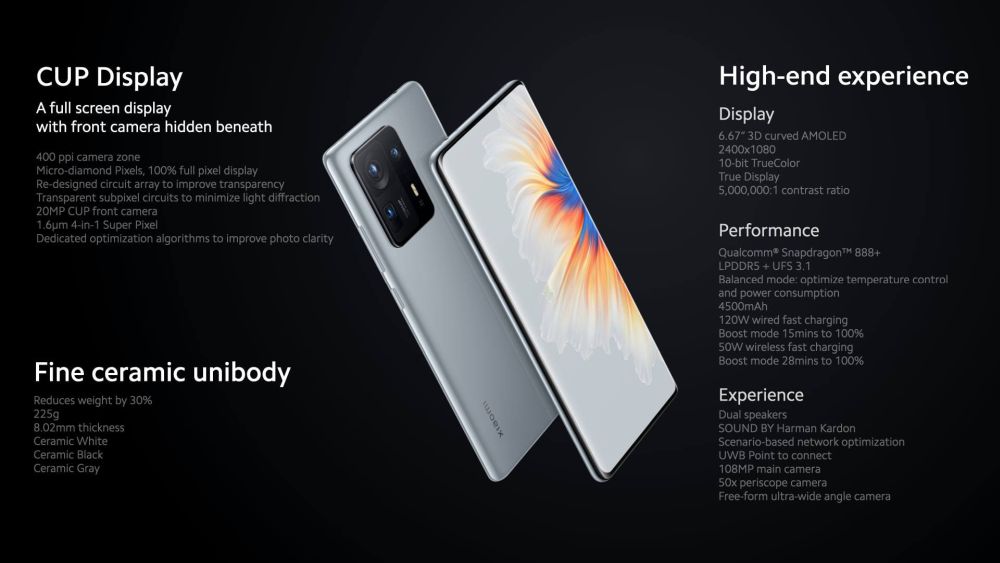 Coming to China on August 16th, starting at around $770

The Xiaomi Mi Mix 4 will be available in black, white, and silver color options and should start selling in China as of August 16th with a price starting at CNY 4,999 ($770) for the 8GB/128GB version and going all the way up to CNY 6,299 ($970) for the 12GB/512GB model. Unfortunately, there are no details on when it will be available in the rest of the world. 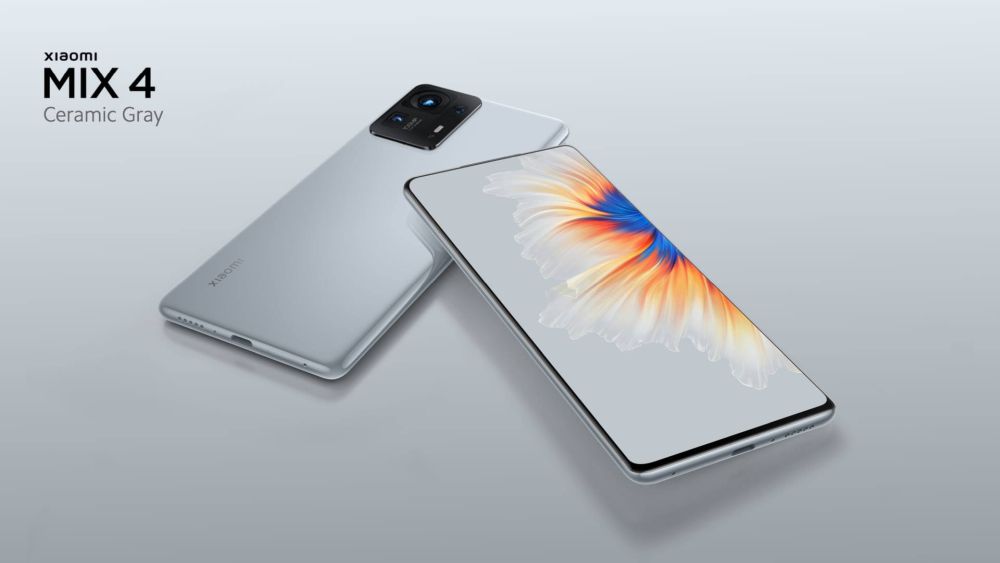