Ten gold mini-PCs sell for a million dollars each 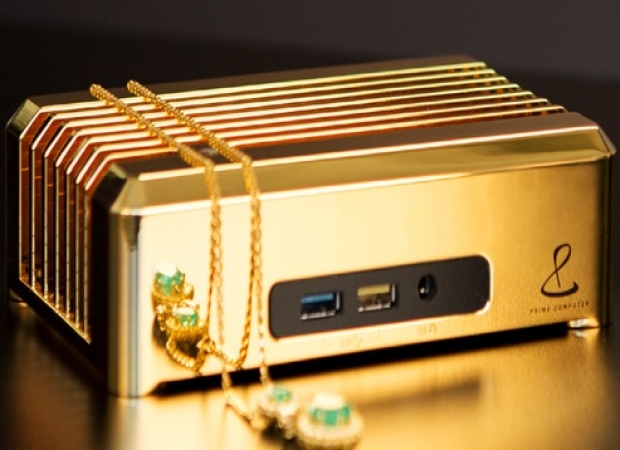 Always believe in your soul, you have the power to know, you’re indestructible

While Apple might believe it holds the monopoly on stupid clients with more money than sense, it seems that the crown for the rich and stupid goes to the clients of a company which makes gold computers.

Swiss PC builder Prime Computer, has flogged an 18-carat-gold mini PC to ten customers in the Arab emirates and Russia.

Prime Computer uses components from Intel, Samsung and Kingston, and sources its casing from Manchester-based firm Tranquil PC, but builds the final product from its Swiss base in St. Gallen. Prime

Prime has developed its own fan-less technology, which is implemented across all PC and server product lines.

Apparently, the original idea was to release a gold plated machine but the manufacturing process was too tricky so it opted for a solid gold PC instead. Each PC contains $500,000 of solid gold to make, but the CEO claims the company is still able to make healthy margins on each sale.

Prime Computer will only commit to building more gold PCs if there is "an incredible" future demand.