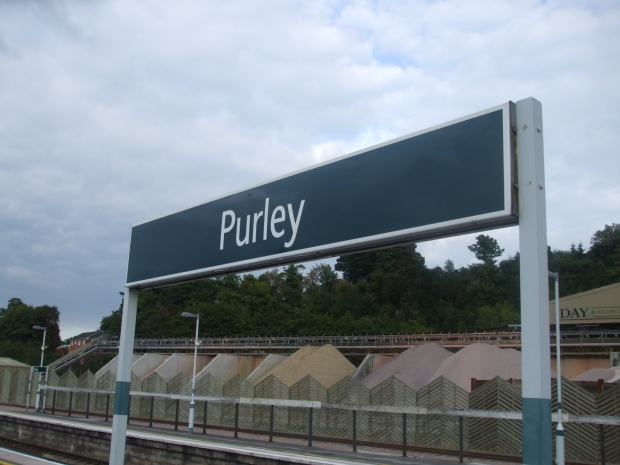 Not just another Haswell

Slides about Intel's upcoming Xeon Skylake Platform: Purley have been leaked to the great unwashed.

It looks like Skylake uArch isn't just another Haswell and Purley is poised to be the biggest update since the age old Nehalem platform.

According to WCCFtech the Xeon E5 and Xeon E7 will be getting some pretty natty updates if the slides are right. 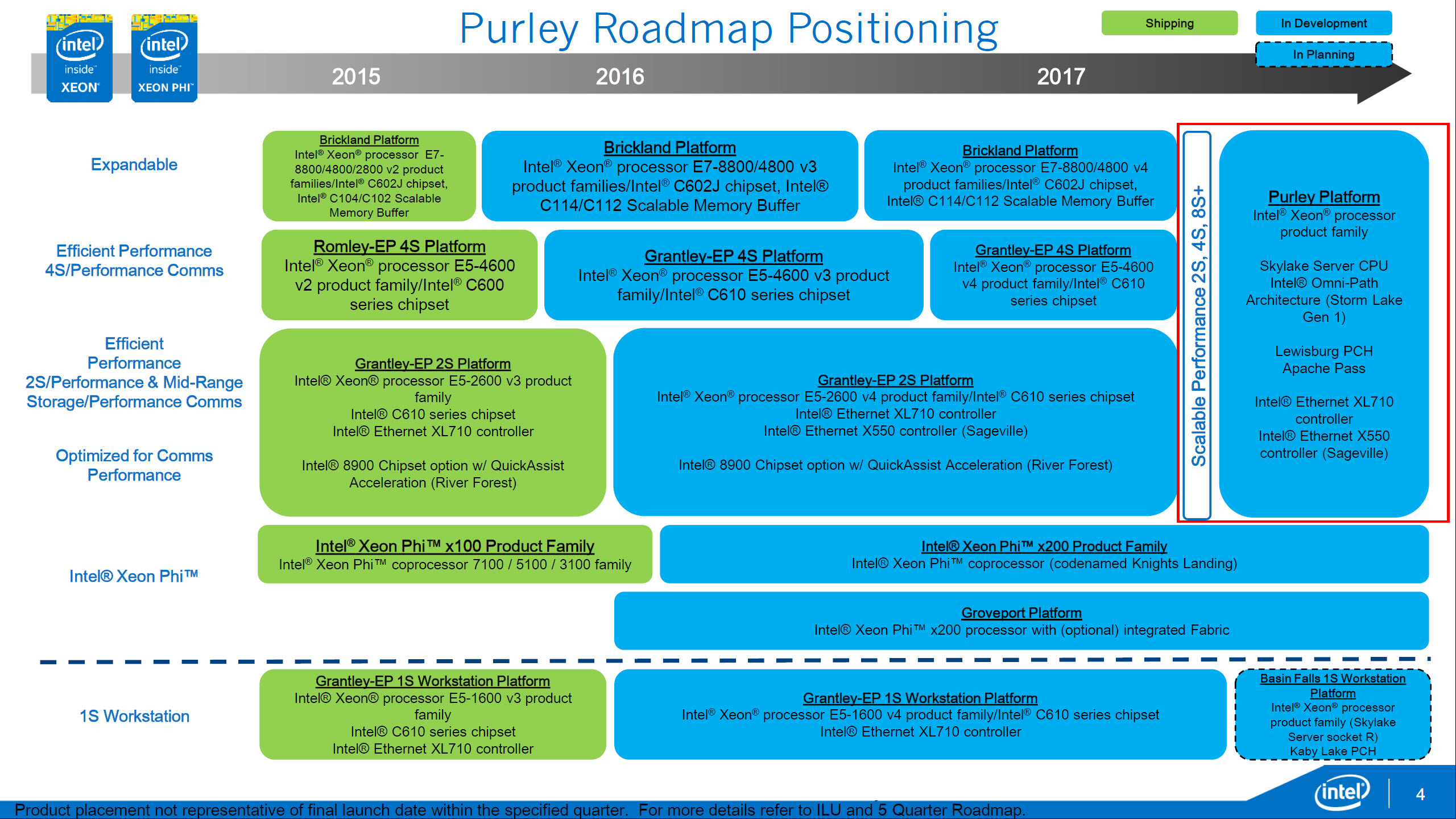 Skylake EX Purley will actually ship with six channels of DDR4 as opposed to four. It will also include the AVX 512 instruction set and will boast the 100G OmniPath interconnect.

It will also have Cannonlake graphics support not to mention FPGA integration (another important upgrade). The FPGA will be able to execute programmable logic as opposed to the Skylake processor.

The slides show details about Purley for the Skylake Xeon E5 and Xeon E7. It looks like Intel Omnipath Architecture integration dubbed Storm Lake will be a major feature. The PCH will be codenamed Lewisburg while as it will also ship with updated Ethernet controllers. The platform will be scalable up to 8 Sockets.

Skylake EX Purley will be spread out amongst the entire scalable segment. The TDP will be configurable from 45W to 165W and will require Socket P. Purley will update the number of PCIe slots to 48 but they will finally be configurable in x4, x8 and x16 divisions.

Broadwell will be split into two categories depending on the target market.

The Grantley Platform will be aimed at the 2S market. The SKU family reported here is the Xeon E5 2600v4. Brickland with Bridewell-EX CPU and it will will have 115 to 165W TDP and will use the R1Socket. The usual 4 Channels of DDR4 and 32 lanes of PCIe will be available.

Grantley with Broadwell-EP will have configurable TDP of 55-145W and a separate 165W setup. Their will be the usual 4 Channels of DDR4 memory and 40 lanes of PCIe. 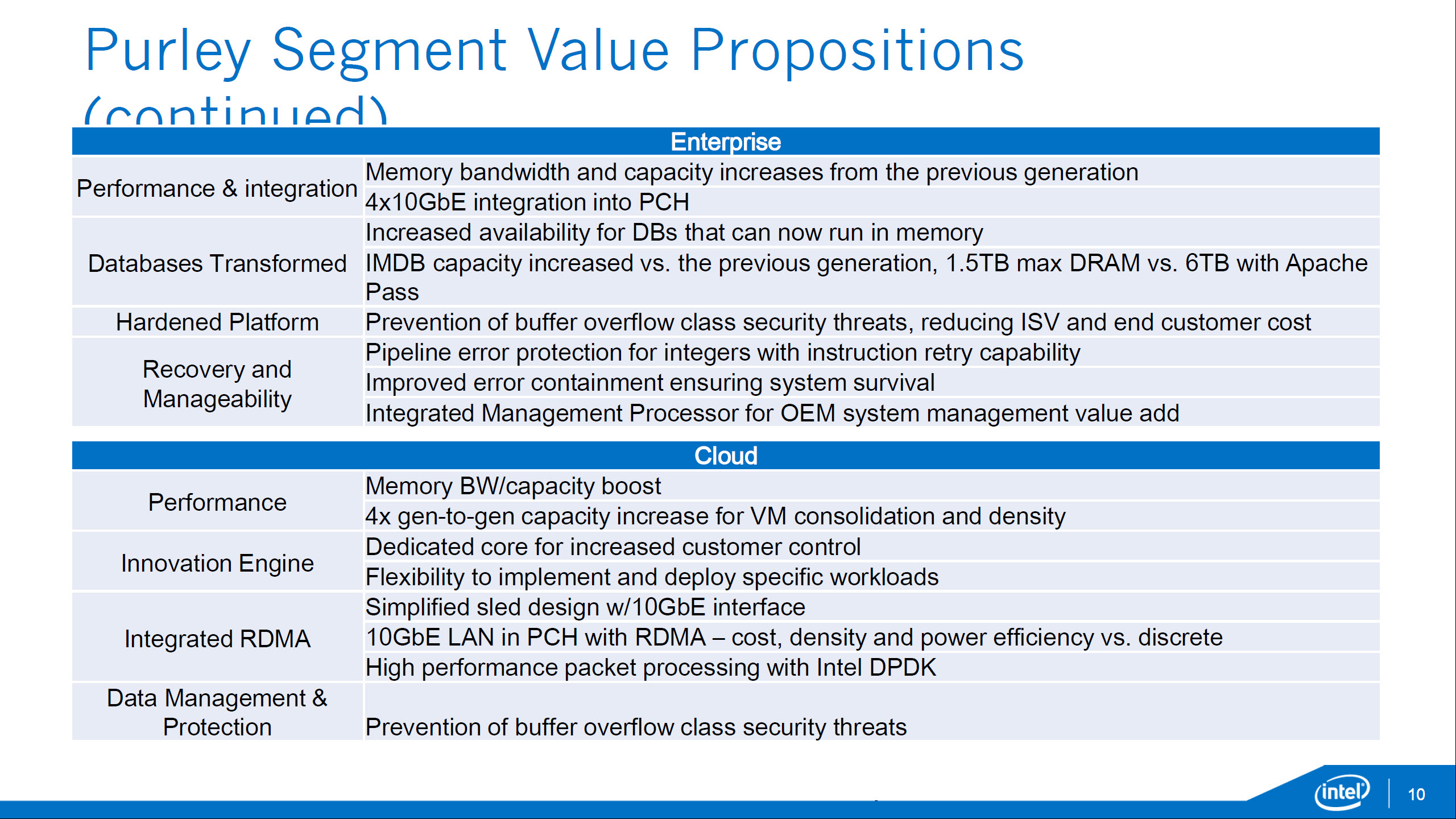 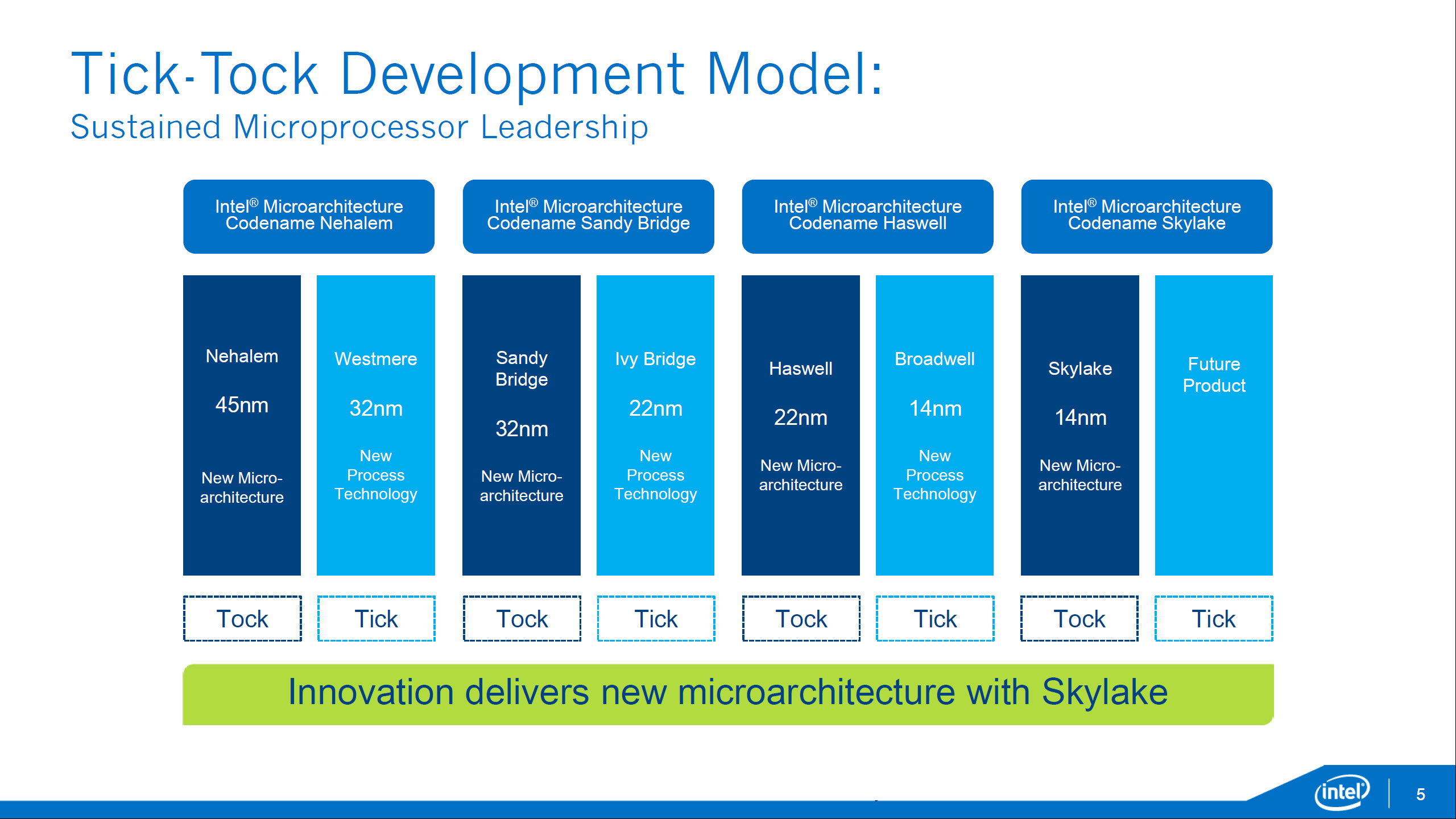