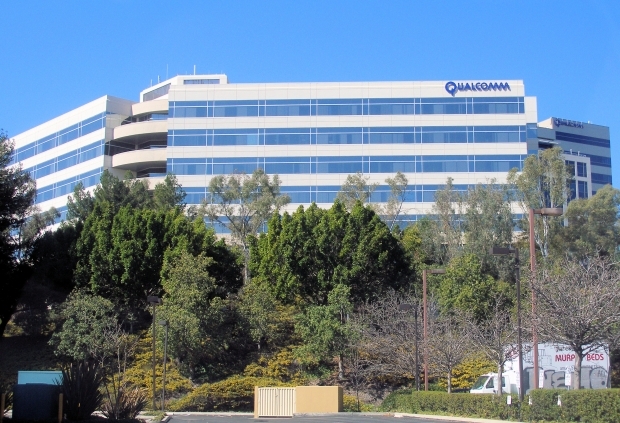 Fudzilla had a chat with Vice President Product Management at Qualcomm Vinay Ravuri  and discovered how he is taking on Intel in his home turf of the server.

We talked about the new server SoC announcement and about the 24 core ARM V8 (the blue picture server) and we got a confirmation that the SoC can run hundreds of Gigabytes of RAM, something that you would expect from a server chip. The demo used DDR4 ECC memory and Vinay has confirmed us that the production silicon is going to have more than 24 cores.

It is a FinFET based product that is in the demo stage and Xilinx FPGA-based card was not demoed, just showcased. The Blue server was running Linux open source 4.2 and Qualcomm is working closely with the popular distributions too. Vinay mentioned that if there is a software written for ARM V8 it will run on this core.

Ravuri said that there are web server solutions including the popular Apache that can run on the server and Qualcomm did demonstrated a 64 bit Linux streaming the video via a switch to a PC / Notebook. This is an experience you would get when you watch a YouTube video at your home when the video sits on some server/ cloud base storage.

The Xlinix card that is pictured will be used for data center, transcoding video, machine and deep learning as well as training. Mega data center companies use FPGA’s to accelerate these dynamic workloads. With Qualcomm and Xilinx partnership, they are able to enable heterogenous computing spanning multiple product generation with unprecedented TCO benefit.This is what you can expect from Nvidia Tesla products and Qualcomm goes over that market too.

The Melanox demo included 40 Gbit low latency that uses Qualcomm SoC to get the data fast and at low latency. There is a lot of calculation that goes on there. Melanox should be the leader in 100 Gbit switching and this is how Qualcomm gets a piece of that amtket too, he said.

Vinay was clear about the competition.  He is taking on Intel and its X86. with its Server Development Platform (SDP) and the SoC. Vinay told us that their future products are going to be competitive with Intel at the given level. This is a server SoC and server core that is not the same as the cores that Qualcomm uses for its mobile solutions including Kyro core.

The server SoC will get a codename and a brand, but this was not something that the company wanted to reveal.

Vinay has a fruitful server background and before he joined Qualcomm in 2014 he was VP & GM Server Products at Applied Micro.

Qualcomm data center SoC or Qualcomm server SoC works for now, but Vinay didn’t want to go into specifics about when it will get to market and talked more about the core or the manufacturing process. We were given a clear picture that Qualcomm wants to go aggressively against Intel in the data center and server market. Qualcomm also mentioned that the SDP is sampling to key hyperscale data center customers.