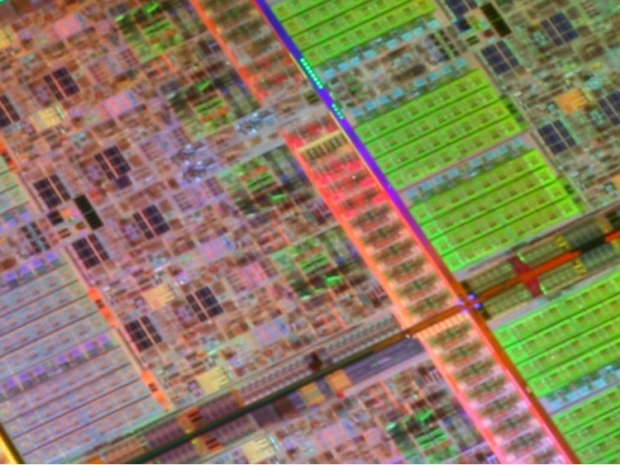 A  report from the folks at NotebookCheck.net shows an Intel slide detailing some updates to the company’s mobile ULV processor lineup based on the Kaby Lake third-generation 14nm processor lineup.

As we mentioned in July, Intel is describing Kaby Lake mostly as a “2017 platform” and plans to launch some desktop processors in the fourth quarter of this year, but will have larger volumes planned for Q1 2017 and will probably announce them formally at next year’s CES.

With Skylake, Intel currently has its mobile processors separated into three categories – “Y”-series (Core M) for 2-in-1 notebooks, “U”-series for thin and light notebooks, and “H”-series for gaming notebooks (with unlocked “HK” and “HQ” quad-core variants). The lineup includes some chips with Intel HD Graphics (listed as “+ 2” for “Tier 2”), while others feature upgraded Intel Iris Graphics (listed as “+ 3e” for “Tier 3”). 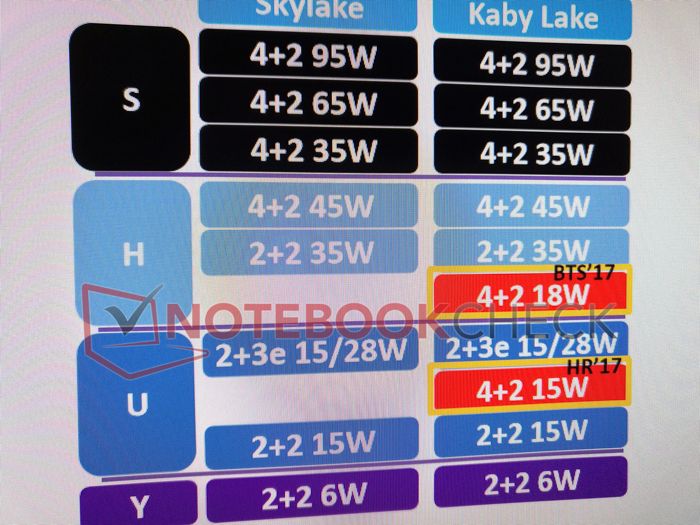 “U” series gets a quad-core 15W design

The Kaby Lake “H” gaming series will also be receiving a quad-core design with Intel HD Graphics inside a remarkable 18W TDP.

Not much has been reported about the Kaby Lake notebook processor lineup yet, other than the integrated GPUs will be be capable of supporting High Dynamic Range (HDR) content, Wide Color Gamut (Rec.2020) and HDCP 2.2 playback. This is a great value for consumers seeking thin and lightweight ultrabook lineups that don’t necessarily have physical room for a dedicated GPU, but still want to experience 4K Ultra HD and similar resolutions with the benefit of a wider color spectrum output.

Last modified on 12 September 2016
Rate this item
(3 votes)
Tagged under
More in this category: « Final version Zen based 32 core Naples will arrive in Q2 2017 TSMC suffers from Intel baseband slow down »
back to top