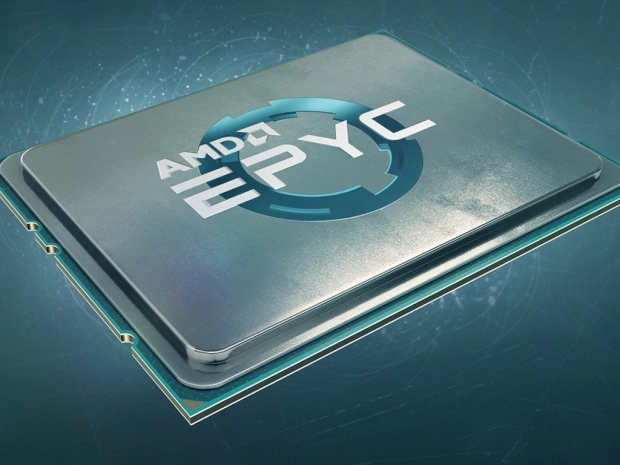 AMD has unveiled yet another Zen-based EPYC CPU, the high-frequency EPYC 7371.

Packing 16 cores with enabled SMT for 32-threads, the EPYC 7371 SKU comes with a massive 64MB L3 cache, same eight-channel DDR4 support, and 128 PCIe lanes, just like the rest of the EPYC 73xx and some 72xx SKUs, but also comes with frequency clock of 3.1GHz base, 3.6GHz Turbo on all cores and 3.8GHz maximum Turbo, making it suitable for single-threaded workloads.

The new EPYC SKU was unveiled as a part of AMD's SC18 announcements which also include some big adoption wins for AMD EPYC CPUs, including the Corona HPC system at the Lawrence Livermore National Laboratory’s High Performance Computing Innovation Center, which will be using both AMD EPYC CPU and Radeon Instinct GPUs, as well as some big customer wins with the U.S. Department of Energy's NERSC, Cray and HAAS F1 Racing, and the High-Performance Computing Center of the University of Stuttgart (HLRS), which will be using next-generation EPYC Rome CPUs.

The AMD EPYC 7371 will be available to partners and customers in Q1 2019, ahead of its recently announced EPYC Rome chips.

Last modified on 14 November 2018
Rate this item
(0 votes)
Tagged under
More in this category: « Intel’s new chip is comparable to AMD's HPCC and HP enterprise team up for Hawk supercomputer »
back to top