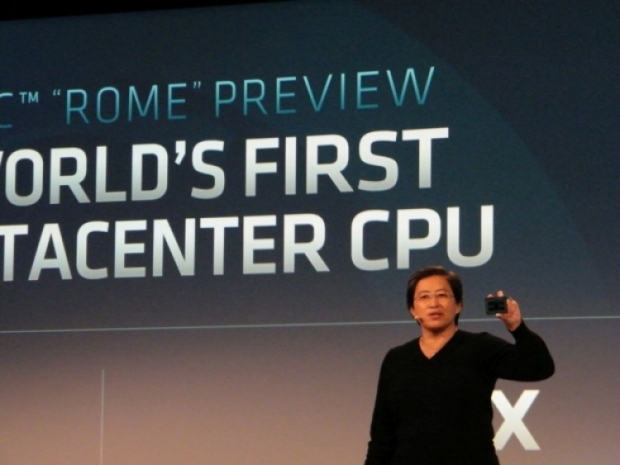 But it is allowed by TSMC

Remember our original Rome story where we wrote that AMD is exceeding TSMC's recommended voltage?  It turns out that the story is true, but at the same time, AMD has a special deal with TSMC where the company optimized and allowed a  higher voltage for AMD’s Rome.

So both us and AMD are right and, of course, TSMC declines to comment on this matter. The question of longevity of the solution is something that piqued our interest but the bigger problem for AMD right now is to manufacture enough of the 7nm chipset pieces.

The big problem is that AMD doesn’t have that much expertise in 7nm as the mobile guys and the mobile chips are running at much lower voltages. It also helps that Apple, Qualcomm, and Huawei are on the second generation 7nm, and every generation is naturally more optimized and faster.

Still, regardless of hurdles, Rome is AMD’s best bet in the data center market that will absolutely win it some market share are against Intel.