AMD Project Quantum about to release something new 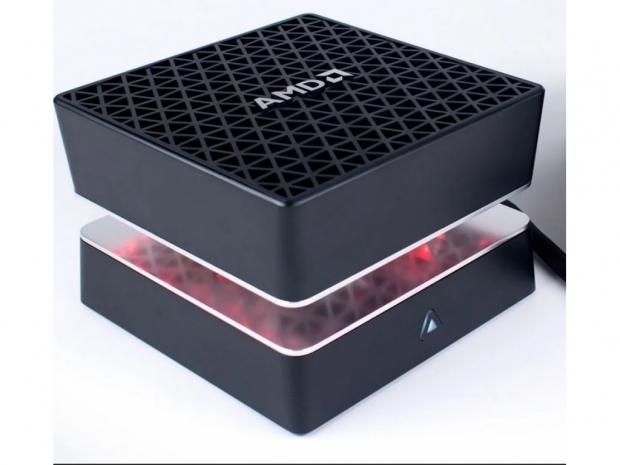 It ain’t dead yet

AMD appears not to have given up on its Project Quantum mini PC and apparently it could be launched soon.

For those who came in late, Project Quantum was AMD’s answer to the NUC.  It was a concept mini-PC which looked like an Xbox.  AMD shut up about the idea but it seems that a recent batch of patents spotted on freepatentsonline.com prove that the exotic mini PC system seems to be alive and well, and could finally be launched soon.

According to Notebookcheck AMD has resubmitted the patent for the mini PC case on February 6 2020, and it got approved on September 15 2020. The patent papers do not provide any specs, unfortunately, but they refer to a video on Youtube posted in the summer of 2015, which contains additional details.

The video released by AMD touts this project as a VR gaming system but it seems that it is more likely to tip up as an alternative to the Intel NUCs.

Project Quantum has an upper compartment is made of plastic and includes a 180 mm radiator, a pump and a liquid coolant reservoir, while the lower compartment made of aluminium houses all the PC components along with the water blocks plus heat pipes that run up through the connecting aluminium section between the two compartments.  To make all this work you need an external power supply.

What appears to have happened was that the project stalled because AMD did not trust its own FX processors. Since then AMD has launched the Ryzen CPUs which would work in this rather well with a mid-range Navi 22 GPU.