First Chromebook with Intel's Tiger Lake in the shops 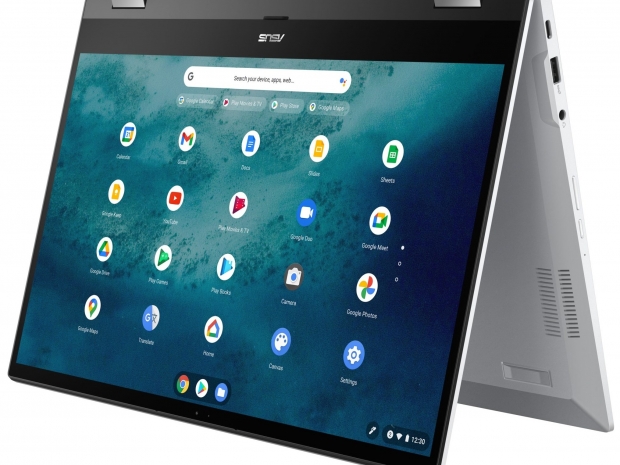 Asus first into the market

The first Chromebook with Intel's Tiger Lake 11th gen processor is in the shops.

The Asus Chromebook Flip CX5/C536 features a 15.6-inch screen FHD touchscreen display was announced at this year's CES. The screen can be tilted back a full 360-degrees using the ErgoLife hinge.

This allows the device to be used as a laptop, in a tent mode for presentations, a stand mode for watching videos or fully reclined into a tablet position. The display also supports a USI-standard stylus for creative use.

The Tiger Lake chip, though, is the star of the show. While only the i3 G4 version with UHD graphics rather than the more powerful i5 or 17 G7 versions, but it is still a significant boost over the 10th generation models.

The Asus website also suggests that a more powerful version with an i7 processor and Iris Xe graphics could be on the way.

The Asus Chromebook Flip CX5/C536 features WiFi 6, two USB-C ports, a USB 3.2 port, an HDMI 2.0 port for up to a 4k display, an audio jack, microSD slot to bolster the 128GB SSD and 8GB RAM onboard. The laptop is finished in white on the outside with a backlit keyboard, while Harman/Kardon sound comes from dual speakers in the base.

You can pick one up for £411. The HP Chromebook x360 14c that uses the same 11th gen i3 processor features a smaller 14-inch screen and cost around the same when it becomes available – currently the product page just says coming soon.