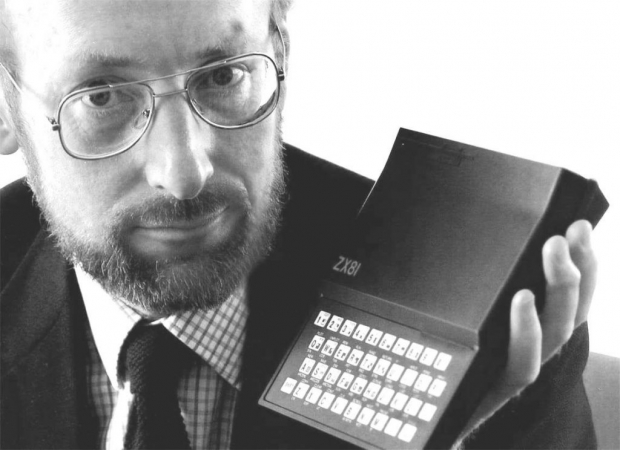 Home computing pioneer Sir Clive Sinclair who created the  ZX Spectrum and the less commercially successful C5 died after a long illness. He was 81.

Sir Clive was instrumental in bringing home computers to the masses, at least in the UK.

His daughter, Belinda, said he died at home in London on Thursday morning after a long illness. Sinclair invented the pocket calculator but was best known for popularising the home computer, bringing it to British high-street stores at affordable prices.

Many modern-day titans of the games industry got their start on one of his ZX models. For a certain generation of gamer, the computer of choice was either the ZX Spectrum 48K or its rival, the Commodore 64.

Belinda Sinclair, 57, told the Guardian: “He was a rather amazing person. Of course, he was so clever and he was always interested in everything. My daughter and her husband are engineers so he’d be chatting engineering with them.”

He left school at 17 and worked for four years as a technical journalist to raise funds to found Sinclair Radionics.

In the early 1970s he invented a series of calculators designed to be small and light enough to fit in the pocket at a time when most existing models were the size of an old-fashioned shop till. “He wanted to make things small and cheap so people could access them”, his daughter said.

His first home computer, the ZX80, named after the year it appeared, revolutionised the market, although it was a far cry from today’s models.

Many games industry veterans got their start typing programs into its touch-based keyboard and became hooked on games such as as 3D Monster Maze and Mazogs.

In 1982, he released the ZX Spectrum 48K. Its rubber keys, strange clashing visuals and tinny sound did not prevent it being pivotal in the development of the British games industry.

Sinclair became a household name as his products flew off the shelves and was awarded a knighthood in 1983. He made a bit of a mistake with the Sinclair C5 – which would cost him financially. The C5, a battery-powered electric trike, was launched in January 1985, with Sinclair predicting sales of 100,000 in the first year.

Sinclair Vehicles found itself in receivership by October of the same year. Reviews expressed concerns about the safety of driving a vehicle below the sight line of other motorists, as well as exposure to the elements.

The following year, Sinclair sold his computer business to Amstrad.

The Sinclair TV80, a pocket TV, was another device, like the C5, that did not catch on, although people now regularly view programmes on their mobile phones. And although they do not look like the Sinclair C5, which later acquired cult status, electric vehicles are, of course, all the rage today.

Ironically he did not use his  own inventions. His daughter said he never had a pocket calculator as far as she knew, instead carrying a slide-rule around with him at all times. And he told interviewers he used neither a computer nor email.

He is survived by Belinda, his sons, Crispin and Bartholomew,  five grandchildren and two great-grandchildren.