It is the 50th anniversary of the Intel 4004 microprocessor 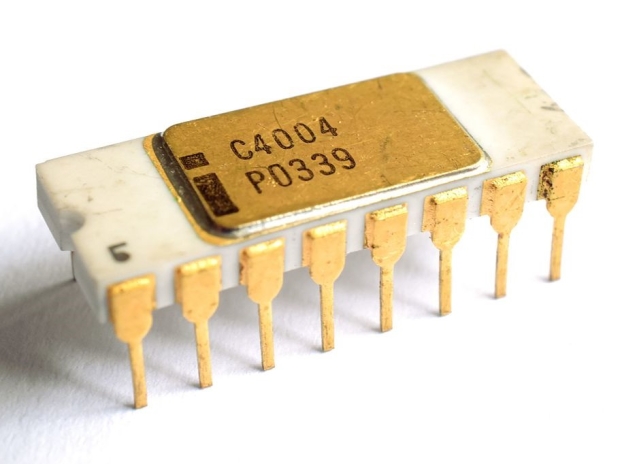 Yesterday was the 50th birthday of the the Intel 4004 microprocessor, which was the first computer chip carved onto silicon.

The microprocessor moved humany from dependence on IBM mainframes were kept in sealed rooms and were so expensive companies used argon gas instead of water to put out computer-room fires.

This meant that workers had to evacuate on short notice, before the gas would kill them – great days.

Operators had to feed decks of punch cards into a reader and typing simple commands into clunky Teletype machines. DEC sold PDP-8 minicomputers to labs and offices that weighed 250 pounds.

In 1969, Nippon Calculating Machine asked Intel to design 12 custom chips for a new printing calculator. Engineers Federico Faggin, Stanley Mazor and Ted Hoff were tired of designing different chips for various companies and suggested instead four chips, including one programmable chip they could use for many products. Using only 2,300 transistors, they created the 4004 microprocessor. This meant that four bits of data could move around the chip at a time. The half-inch-long rectangular integrated circuit had a clock speed of 750 kilohertz and could do about 92,000 operations a second.

Last modified on 16 November 2021
Rate this item
(5 votes)
Tagged under
More in this category: « New rowhammer is a hacker’s dream Qualcomm prepares to give Apple’s chip a good kicking »
back to top