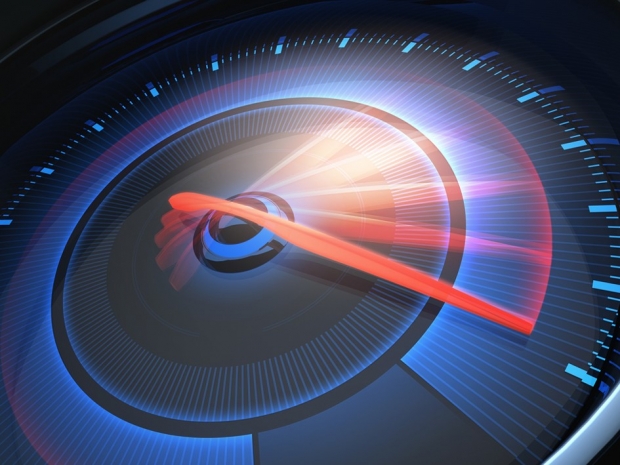 Two of AMD's upcoming second-generation Ryzen processors have already been overclocked to more than 5.8GHz and beyond.

According to PCGamer, the feat was made even more impressive by the fact that all of the cores on each chip were enabled while it happened.

Extreme overclocker "TSAIK" achieved the feat on AMD's Ryzen 7 2700X and Ryzen 5 2600X. Sadly it was not an -out-of-the-box overclocking and it required liquid nitrogen cooling. The test has yet to be done on traditional air and water cooling, but it does indicate that the thing can go rather fast.

The Ryzen 7 2700X has a maximum boost frequency of 4.3GHz via Extended Frequency Range 2 (XFR2), while the Ryzen 5 2600X tops out at 4.2GHz. Both of those maximum frequencies are in single-core mode.

AMD's new Ryzen chips will be available starting April 19. In addition to the Ryzen 7 2700X and Ryzen 5 2600X, the company also announced non-X variants of both parts.

AMD also announced a new X470 chipset, though the new processors are compatible with existing socket AM4 motherboards as well (with a BIOS update). 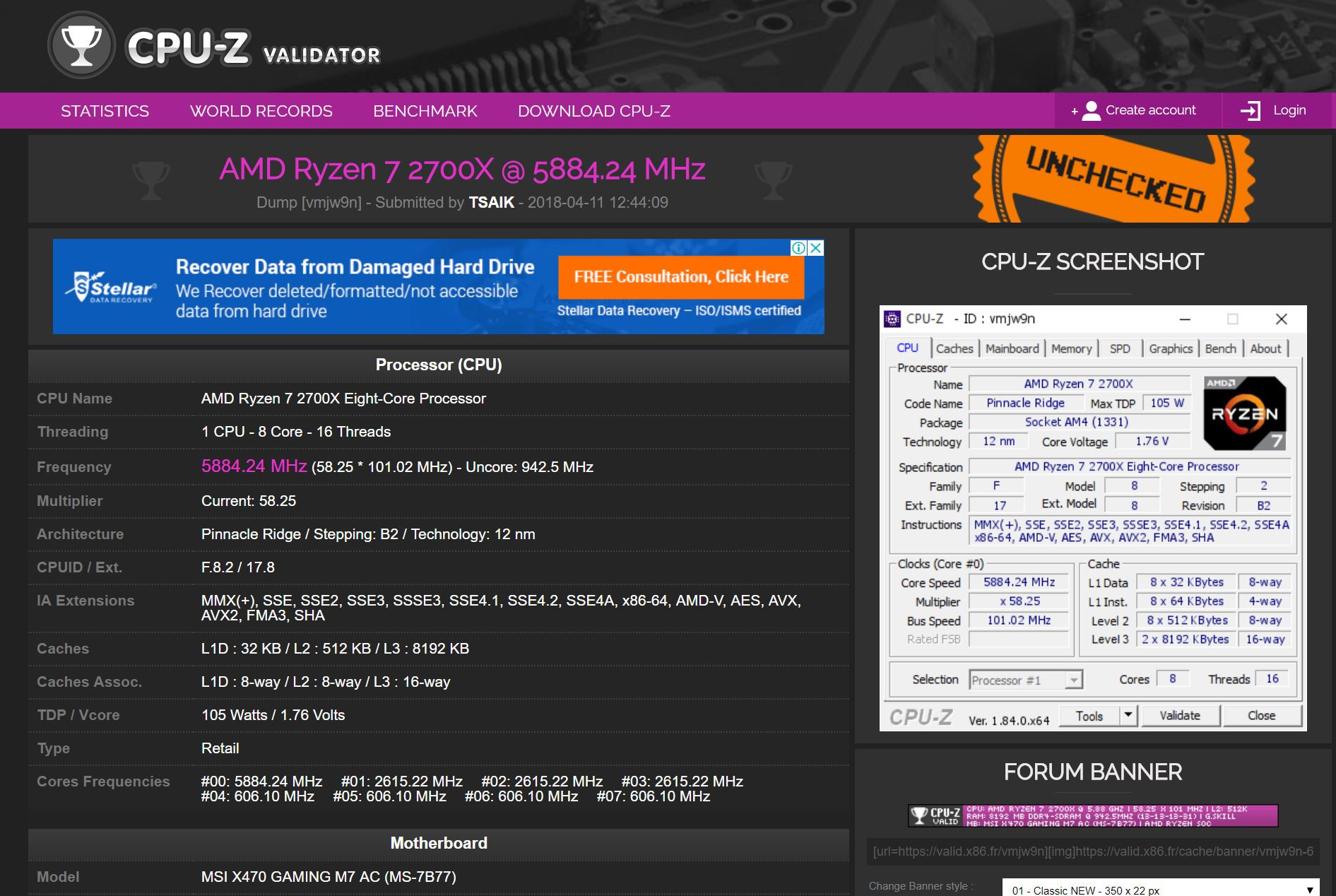 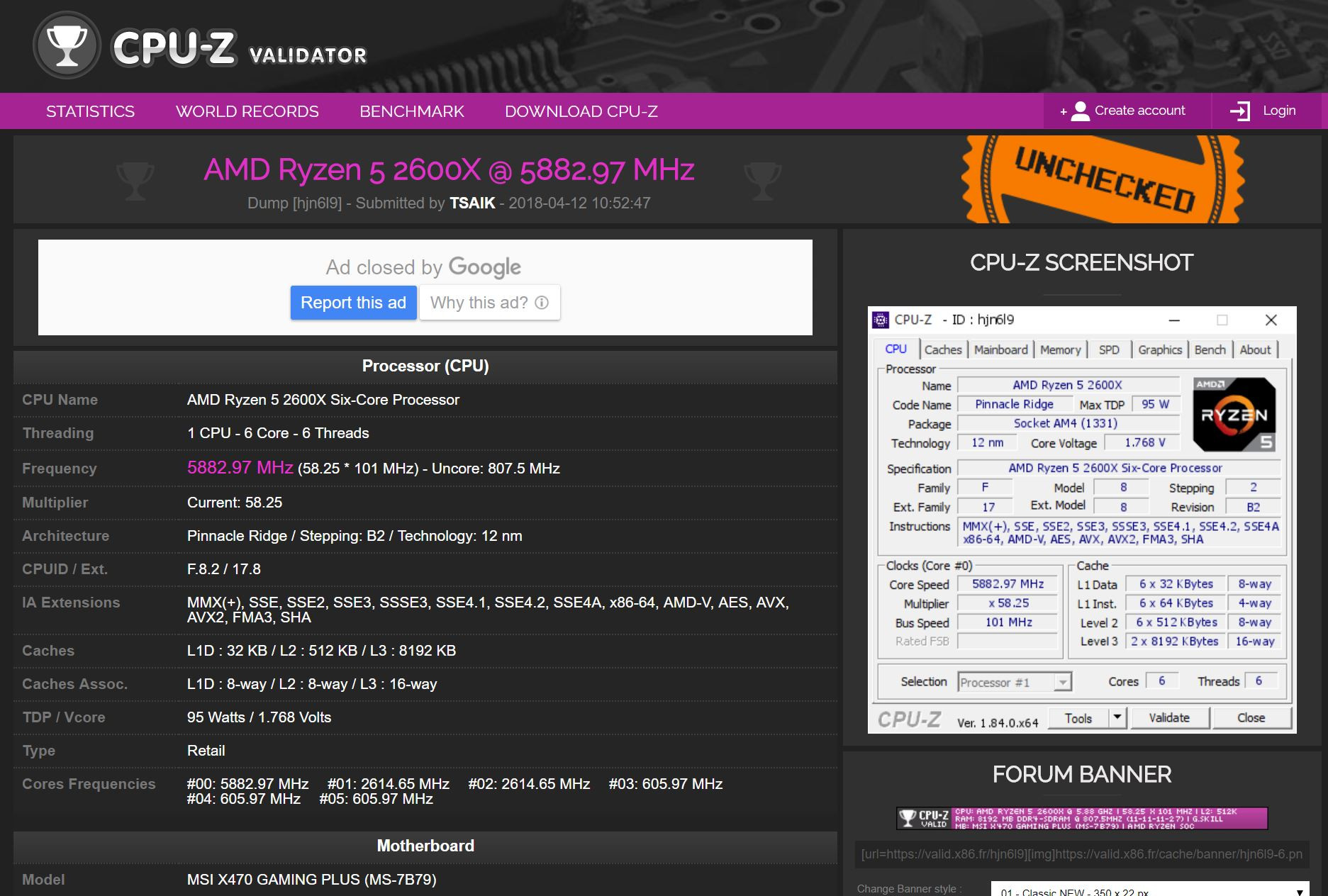 Last modified on 17 April 2018
Rate this item
(0 votes)
Tagged under
More in this category: « Intel shares plan to use the GPU for security Intel claims to have created world's fastest chip »
back to top