The Point of View / TGT GTX 680 4GB Beast Watercooled most certainly ranks among the best cards on the market. AquagraFX water cooling provides excellent thermals and more than compensates for the high factory overclock. The card’s GPU is 131MHz faster than the reference card while the 4GB of GDDR5 were overclocked by 101MHz (404MHz effectively). Of course, this performance doesn't come cheap and Point of View/TGT priced the card at €774. This is almost €300 higher than the most affordable GTX 680 with 2GB.

If the price alone was the deciding factor, the card probably wouldn’t fare particularly well overall. However, we're talking about a product that aimed high, rather than target price/performance sweetspots. Ultimatey, the card is a special model, and a quite charming one, and as such shouldn't have trouble reaching its target group, however small it may be.

Our testing also included SLI performance and it was a sweet experience. Most users will find a single Beast to be more affordable yet powerful enough option, and TGT made sure that the experience mirrors the title of a top card in its class. The company used Low Leakage chips, by meticulous selection of best of the best GPUs for their cards.

Although the Beast comes factory overclocked by 133MHz, we managed to overclock it by another 70MHz. The GPU refused to go further without overvolting, despite excellent thermals.

The GTX 680 4GB Beast Watercooled is faster than any GTX 680 we’ve had here, hands down. The card scored up to 14 percent higher than the reference GTX 680. The Beast’s SLI scaling is dangerously approaching full throttle and those who can afford it are in for some serious, polygon munching fun, especially since the setup beats reference SLI by up to 14 percent. By now it’s clear that the Beast is not for the faint of heart, or wallet for that matter, but PoV/TGT isn’t exactly your average budget brand either. It all boils down to a single question - you want muscle and thermals without compromise? Then get a load of the GTX 680 4B Beast Watercooled. 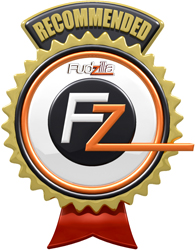