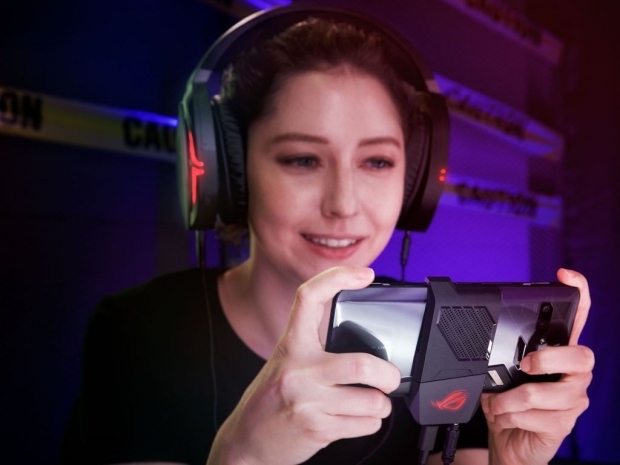 Asus didn’t have much success with phones outside of its native Taiwan, but we have to admit that the company does understand the gaming market. Gaming phones is what it does well and compete versus Xiaomi. Snapdragon 855 Plus comes with CPU just 40 MHz shy of 3 GHz and 15 percent faster GPU with a bit more detailed description in our previous story. To avoid any confusion, the picture above is the June 2018 announcement of the original ROG Phone.

The company didn’t announce the specification of the phone, just that its upcoming version of innovative ROG gaming phone is the world's first announced to use 7nm Qualcomm Snapdragon 855 Plus Mobile Platform.

Asus hopes that its Republic of Gamers phone can gain the trust of gamers. That success will depend on a combination of features, design choices, and a display that is very important to mobile gamers.