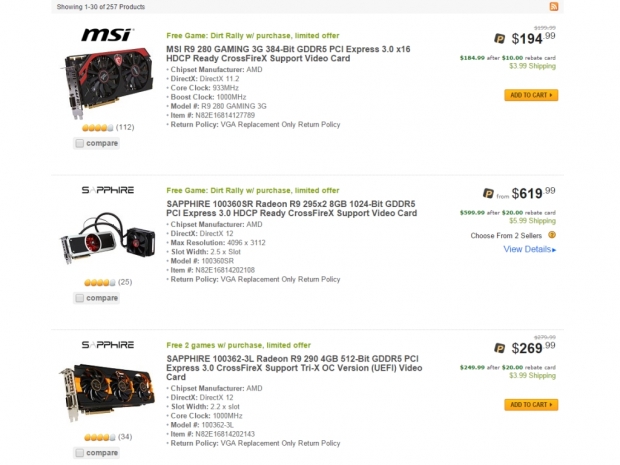 With Nvidia launching its newest game bundle, it is time for AMD to up the ante by bundling some of its Radeon 200 series graphics cards with Grand Theft Auto 5 and DiRT Rally games.

According to what can be seen on Newegg.com, all graphics cards from Radeon R9 270 and up will get DiRT Rally, while most Radeon R9 290 and R9 290X graphics card will be also coming with GTA 5 as well. It also appears that this bundle is limited to certain AMD AIB partners, or even to certain retailers/e-tailers.

Currently, Sapphire's R9 280X, which sells for US $209.99 after a US $20 mail-in rebate, gets both games and is quite a catch. In case you are looking for a Hawaii-based graphics card with FreeSync support, there are plenty of Radeon R9 290X and R9 290 graphics cards listed with the same bundle on Newegg.com.

The flagship dual-GPU Radeon R9 295 X2 is surprisingly only bundled with DiRT Rally, but it might have something to do with AMD push to clear Radeon stock for the upcoming launch.

There is still no official confirmation for the bundle from AMD but we will probably hear about it soon enough. 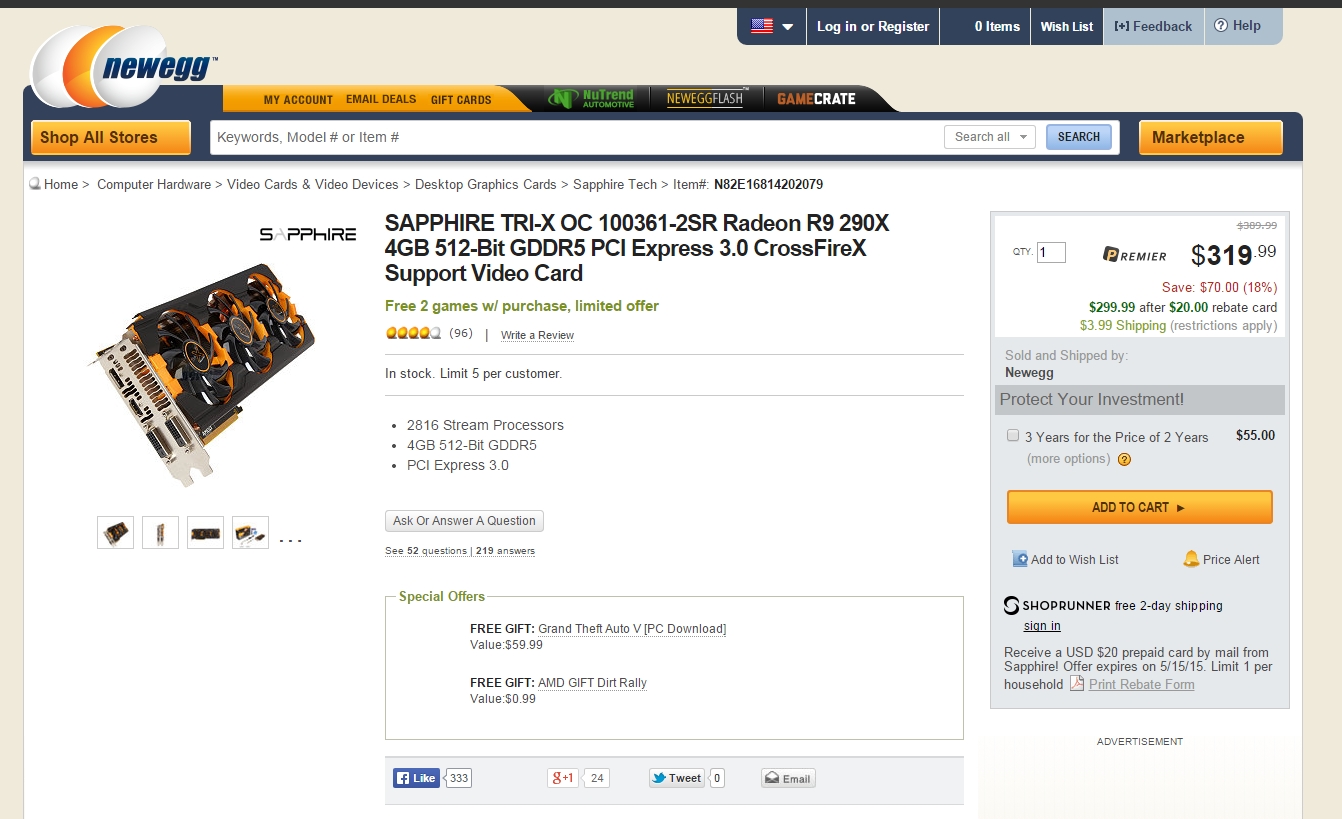