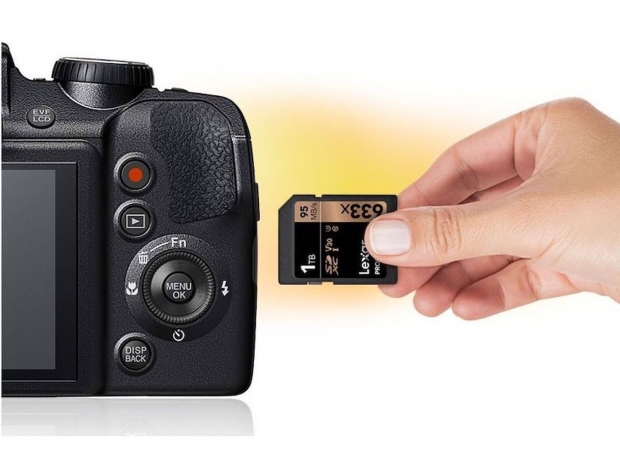 Dubbed the Professional 633x line of SDHC and SDXC UHS-I cards it is now listed for sale in capacities from 16GB all the way up to the flagship 1TB.

The card claims read speeds of up to 95MB/s and write speeds of 70MB/s, though it's only rated as V30/U3, which guarantees sustained write performance of 30MB/s." The downside is that it will cost an arm and a leg –  $499.99 which is more than the cost of two 512GB cards.

Joey Lopez, Senior Marketing Manager of Lexar, said in a statement: "Almost fifteen years ago, Lexar announced a 1GB SD card. Today, we are excited to announce 1TB of storage capacity in the same convenient form factor. As consumers continue to demand greater storage for their cameras, the combination of high-speed performance with a 1TB option now offers a solution for content creators who shoot large volumes of high-resolution images and 4K video."

The prototype was first shown off two years ago so it has taken some time to get it into a viable commercial version.