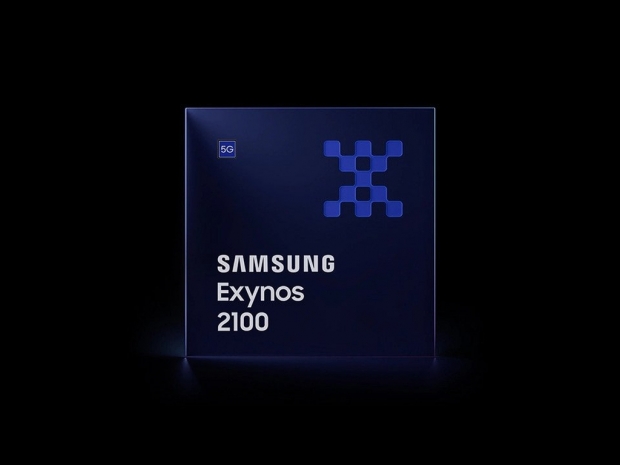 Samsung has not only announced its new 5nm octa-core Exynos 2100 SoC, featuring ARM's Cortex-X1 as the prime CPU core, new Mali-G78 GPU, and integrated 5G modem, but has also confirmed that its next-generation Exynos SoC will feature an AMD RDNA-based GPU.

The new flagship SoC from Samsung is based on its own 5nm EUV manufacturing process, just like the flagship Qualcomm Snapdragon 888 SoC, and features pretty much the same octa-core design, but at somewhat higher clocks. It comes with a single Cortex-X1 prime CPU core clocked at 2.9GHz, three big Cortex-A78 CPU cores clocked at up to 2.8GHz, and four Little Cortex-A55 cores clocked at 2.2GHz.

According to Samsung, we are looking at an improvement of 30 percent in multi-core tasks compared to the Exynos 990. Samsung claims that thanks to the 5nm advanced process you can get either 10 percent higher performance at the same power level or up to 20 percent lower power consumption.

Samsung paired up the CPU part with the new Mali-G78 14-core GPU, pushing the performance by up to 40 percent. The triple-core NPU hits 26 TOPS performance, which is similar or the same as the Snapdragon 888 SoC.

The partnership between AMD and Samsung was announced back in 2019, and while many expected to see the RDNA-based GPU sooner, it appears that we will have to wait for next year.

Samsung also implemented the new Image Signal Processor (ISP) with the Exynos 2100 SoC, supporting up to 200MP sensors, or six individual sensors, with four of them with simultaneous processing.

Samsung says that the Exynos 2100 is currently in mass production, which is not a big surprise considering it will appear in the Galaxy S21 series soon, so we expect to see some of the first benchmarks, comparing it to Qualcomm's flagship Snapdragon 888 SoC.