Ryzen 5 putting the fear of God into Intel 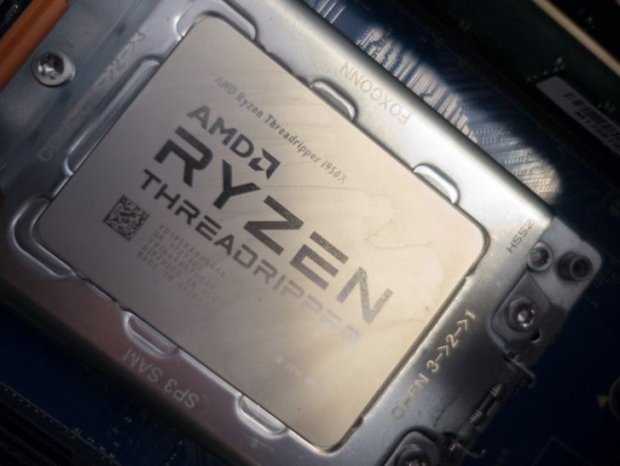 AMD’s Ryzen processors are continuing to sell at quite some speed with the Ryzen 5 1600 doing rather well.

According to stats from Mindfactory.de the Ryzen 5 1600, which is the seventh bestselling processor of all-time (Intel holds the top six spots). The Ryzen 5 1600 is a six-core (12-thread) CPU which can boost 3.6GHz out-of-the-box and can now be had for around $160 (or about £145 in the UK).  It is a real honey of chip, and it is one of those rare moments where I own hardware which everyone agrees is a good product. I have the 1600X variant which is a bit better. Given that I am no-one's fanboy I have to say that this is the best bit of kit I have invested in.

Mindfactory has flogged 25,000 units in just over a year since its launch, nudging past AMD’s previous bestseller CPU, the FX-8350, which has sold only slightly less. However, the difference is that the FX-8350 was released seven years ago, and only shifted 12,000 units in its first year on sale. The Ryzen 5 1600 has doubled that in its first year.  The 1600X is also doing well and makes the top 20 table.

While Chipzilla still dominates the top processors, with the six bestselling models. Its Core i7-6700K is by far the most prolific seller, shifting just over 50,000 units since launch it is an old Skylake chip which was released towards the end of 2015, so it has been on the market a lot longer than the Ryzen 5 1600.

Intel fanboys will point out that this is just a small sample from a single retailer and that AMD is still doomed, Intel will always be king, and anyone who says otherwise knows nothing about computers. However, the figures do indicate that Ryzen is performing well in the low mid-end of the market.  .It confirms AMD’s CEO Lisa Su's claims in October last year that Ryzen desktop processors represented around 40 to 50 percent of sales at some online retailers