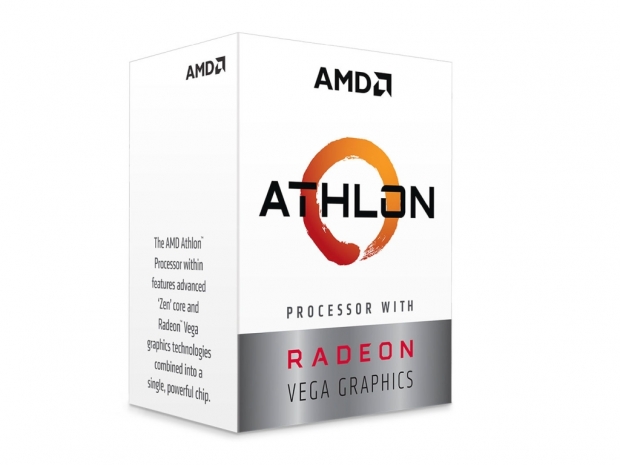 Based on AMD's 12nm Zen+ CPU architecture combined with Vega architecture based iGPU, the Athlon 3000G is a fully unlocked CPU, which means it comes with an unlocked base-clock multiplier.

AMD built upon its Athlon 200GE CPU, which was a 14nm Zen-based CPU and also came with Radeon Vega 3 iGPU, giving the new Athlon 3000G higher 3.5GHz base clock and higher 1.1GHz iGPU clock, all while maintaining the same 35W TDP. 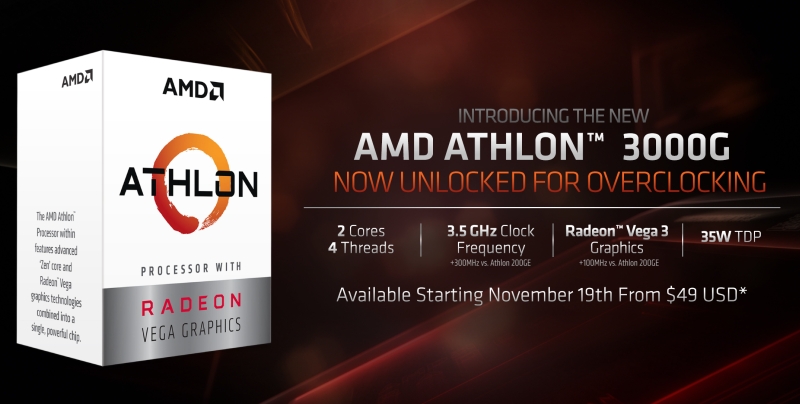 The Radeon Vega 3 GPU has 3 Vega CUs, for a total of 192 stream processors, and while it won't be enough for some AAA titles on ultra-high details, it is enough for some casual gaming and should give you playable framerates in popular eSports titles like CS:Go, DOTA, and even Fortnite (but at 720p).

According to AMD, it should run circles around Intel's Pentium G5400 and since it is an unlocked CPU, you can even push it to 3.9GHz for some additional performance gain. 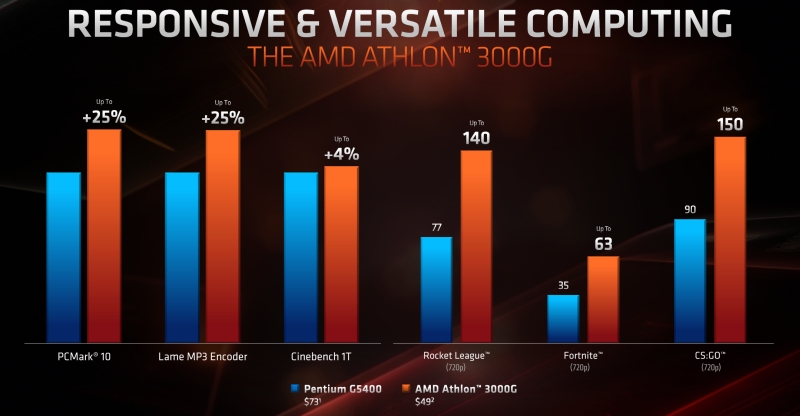 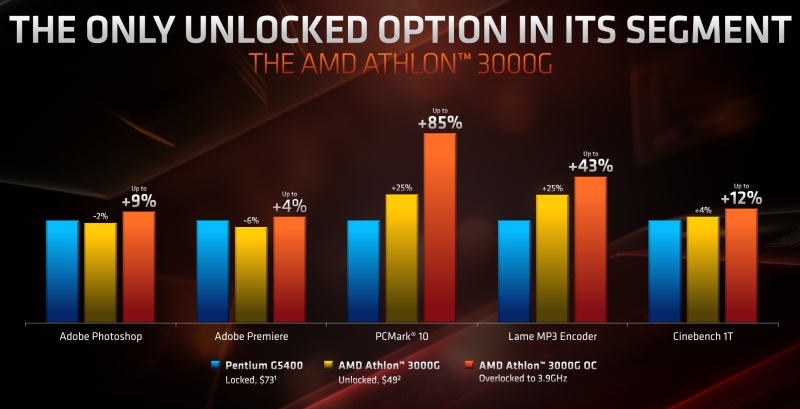 As noted, the Athlon 3000G will be available on retail/e-tail shelves on November 19th with a suggested retail price of $49.