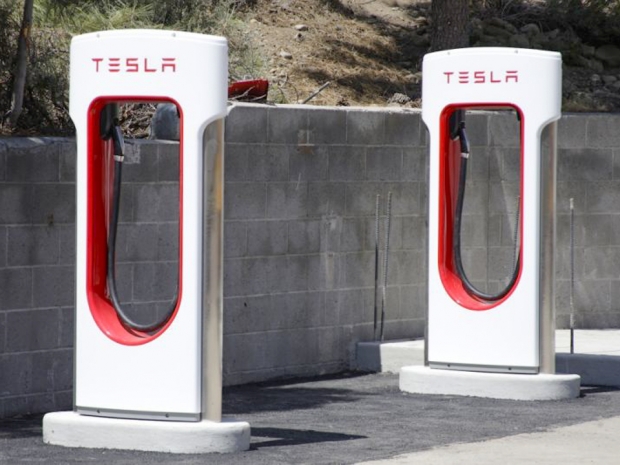 Will still cost less than filling up a comparable gas car

In what might become one of the more disappointing stories this week, Tesla Motors announced on Monday that it would begin phasing out the unlimited use of free recharging at its Supercharging stations for all new Tesla vehicle orders placed after January 1st.

Tesla says in a blog post that any new vehicle purchased after January 1, 2017 will get 400 kilowatt hours of free Supercharging credits annually, or about 1,000 miles, to be used every year during travel. After the annual 400kWh credits are used up, there will be a small fee to Supercharge that will be charged incrementally and will “cost less than the price of filling up a comparable gas car”.

In other words, the refueling changes will not impact current owners or any new Teslas ordered before January 1, 2017, so long as delivery is made before April 1, 2017. The company has said it will release more details on the incremental charging program later this year and expects prices to fluctuate over time and based on region. Regardless, it does note that the Supercharger Network “will never be a profit center” and it will continue to manufacture all its vehicles with onboard hardware required for Supercharging operation.

The company currently has over 4,600 Supercharging stations available worldwide, from convenient roadside locations in the continental US, to the Arctic Circle, and major urban centers in Europe, China and Japan, among other places. The company's vehicles, including the upcoming Model 3, have been designed to travel at a baseline of 208 miles per charge (334km) and can currently travel up to 302 miles per charge (486km) depending on model, engine and battery pack configuration.

Since the launch of the Tesla Roadster in 2008, many considered one appeal of buying a Tesla vehicle to be the lower refueling cost associated with rechargeable batteries rather than filling up the tank of a conventional combustion engine vehicle. Now that unlimited refueling at Supercharging stations is being limited to existing customers and anyone who purchases a Tesla vehicle before the end of this year, the company will need to convince future Model 3 owners that its more cost-effective sedan is still a better buy than the nearest competing Ford, Chevy, Honda, Hyundai, Toyota or Kia on the market.

The company now says the best way to charge a Tesla vehicle is at home, as it wants customers to purchase a Wall Connector for charging up to 52mph at 90 to 100 amps, which is a bit slower than the 200 to 300mph charge rate of a usual Supercharging station, but still more cost-effective at just above a few cents per mile of charge. Of course, customers can always purchase the new 200-pound Powerwall 2, a wall-mounted battery pack that allows customers to store energy for load shifting, backup power and off-grid use while charging their electric vehicle at the same time.