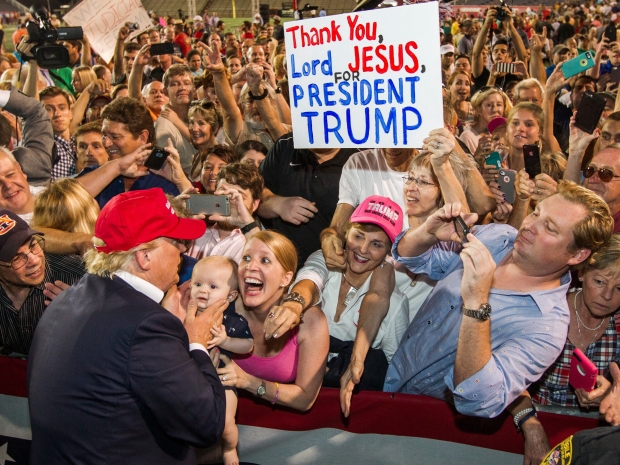 They are biased against my fans

Donald “Don’t wear a mask, corona only infects the weak” Trump is leaning on Senate Republicans from his sick bed to ratchet up scrutiny of social media companies it sees as biased against conservatives in the run-up to the November election.

Politico reports that the White House has pressed Senate Republican leaders on key committees to hold public hearings on the law that protects Facebook, Twitter and other internet companies from lawsuits over how they treat user posts.

Action is following. Senate Commerce Chair Roger Wicker held a vote in his committee Thursday to issue subpoenas to the CEOs of Facebook, Twitter and Google to testify about how they police content on their platforms.

That's after Democrats initially prevented the Mississippi Republican from pushing through subpoenas that could have compelled the CEOs to testify with only a few days' notice.

Senate Judiciary Chair Lindsey Graham introduced new legislation to address alleged bias on social media and the same day scheduled a markup of the bill for Thursday -- a move that would have made it the fastest any bill on tech's liability protections has moved from introduction to a markup on Capitol Hill in recent memory.

Graham announced that consideration of the measure had been tabled. Both committees are targeting liability protections that have been credited with fuelling Silicon Valley's success.

The provision -- enshrined in a 1996 law known as Section 230 -- has allowed online businesses to grow without fear of lawsuits over user posts or their decisions to remove or otherwise moderate users' content.

While the pressure will not have an immediate effect  it is widely seen as a move to put the fear of Trump into social media and stop them inferring with right wing posts.