Expensive Teslas don’t even come with a charger 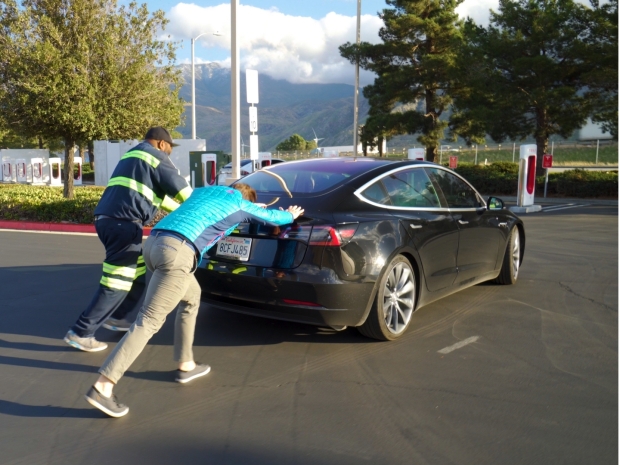 You have to push them

In a move which copies Apple, Tesla has stopped selling chargers for its electric cars meaning that users will have to spend even more money if they expect their expensive piles of junk to move.

For a while now Tesla’s shipped with a level one charger, but now it seems that if you want electricity in your electric car you will have to pay extra for a charger.

The big idea is that users faced with having to buy a charger will fork out more cash for a better and faster one. But the whole concept of selling a car worth several thousand euros which will not move unless you spend an extra $400 is pretty stupid.

CEO Elon “look at me” Musk took to Twitter to confirm the EV maker would no longer provide the kit for free.

According to Musk’s tweets, usage statistics for the bundled charger were extremely low and it was better that users stepping up to a level 2 charger, which operates at 240 volts, increases your charging speed tenfold.

Musk recommends getting the Tesla wall connector, which is more expensive at $500. It can add 30-44 miles to the battery per hour, but it requires a dedicated 60A breaker and probably a visit from an electrician to install it.

At some point, someone has to tell Musk go forth and multiply preferably with a large root vegetable. If anyone is dumb enough to buy a car that is a useless pile of metal unless you spend more money they really deserve to buy a Tesla. Given that they have probably already drunk the Apple cool-aid they probably think just tight-arsed scroogery is a good idea.

We are not sure this is a starter in Europe. An electric car without a starter is not fit for the purprose.