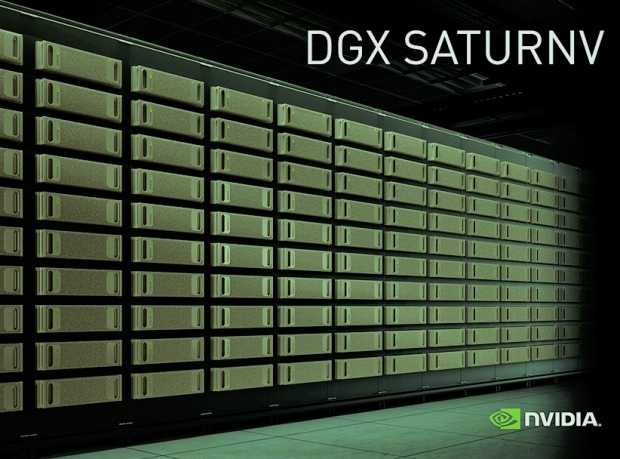 The GPU maker named after a Roman vengeance daemon, Nvidia, has been patting itself on the back over the DGX SaturnV, which it says is the most energy efficient supercomputer of all time.

Nvidia claimed that the DGX SaturnV, which is the world’s 28th fastest supercomputer is 2.3x more energy efficient than the Camphore 2 system, a supercomputer of similar performance powered by Xeon Phi Knights Landing.

It has been built to run Nvidia’s AI programme and in a statement the company said it was convinced that AI could give every company a competitive advantage.

“That's why we've assembled the world's most efficient, and one of the most powerful, supercomputers to aid us in our own work," the firm said. SaturnV helps Nvidia build its autonomous driving software that's a key part of our Nvidia DRIVE PX 2 self-driving vehicle platform. We're also training neural networks to understand chipset design and very large-scale integration, so our engineers can work more quickly and efficiently. Yes, we're using GPUs to help us design GPUs. "Most importantly, SaturnV's power will give us the ability to train and design new deep learning networks quickly," Nvidia said.