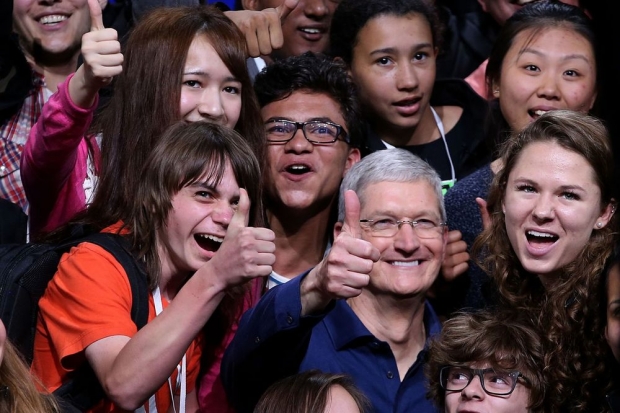 Enables Apple users to pretend they have friends

Working out a way to cash in on COVID-19,  the fruity cargo cult Apple has received a patent for software to which allows group selfies while people in the photo are socially distancing.

The US Patent and Trademark Office recently granted Apple a patent for the software that would creates "synthetic group selfies" or socially distant group selfies. The software would allow a user to invite others to participate in a group selfie that would arrange multiple people into a single image. It would remove the background image from other users' selfies and place them into the user's photo.

While it appears as if Apple filed for the patent as a response to the pandemic, the tech giant originally filed for the patent in 2018 and it received it June 2. Rather than thinking that Apple had a crystal ball and new such software would be necessary, it is more likely that Jobs' Mob realised there was a need for Apple fanboys to be able to morph themselves into photographs with other humans to prove they had friends.

Whether Apple decides to move forward with the patented software remains to be seen, but the Tame Apple Press claims it is the perfect way for people to create memories with one another while still socially distancing.