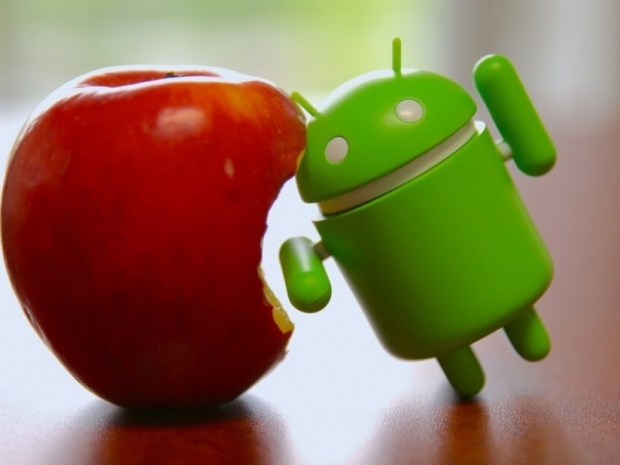 They have seen what life is like without Jobs' Mob

The fruity cargo cult also known as Apple has little chance of attracting Android users with its unlucky iPhone 13 model, according to a new SellCell survey.

While the Tame Apple Press is creaming itself over the so called "eye-catching features" including a120Hz display, a smaller notch, improved cameras, and alleged longer battery life the survey says that the news is being greeted with a loud sounding yawn from Android users.

The survey said fewer than 18 percent would even consider buying an iPhone 13 with most saying they have better things to think about. SellCell noted that this is a significant drop compared to last year's survey where a third of Android users (33 percent) said they would be open to purchasing an iPhone 12.

SellCell asked the Apple-averse Android users why they had no interest in switching to iPhone. Most are turned off by the iPhone 13's non-existent fingerprint reader (32 percent).

Apple allegedly planned on installing an under-screen Touch ID to the iPhone 13, but it turned out Apple could not get the feature to go. Apple instead offers Face ID which has become useless in a world where people have to wear masks.

Other iPhone aspects that deter Android users from upgrading include poor customisability (17 percent) and no support for sideloading apps (13 percent).

Among the 18 percent of Android users who would purchase an iPhone 13, the main draw is Apple's software support (51  percent) followed by the ecosystem integration (24 percent) and privacy protection (11 percent).

Even current iPhone owners are less willing to purchase the upcoming iPhone 13 only 44 percent  intend to upgrade to the next-generation Apple device without thinking about it.  This means Apple is having to keep an eye on its existing cult members
Last modified on 01 September 2021
Rate this item
(1 Vote)
Tagged under