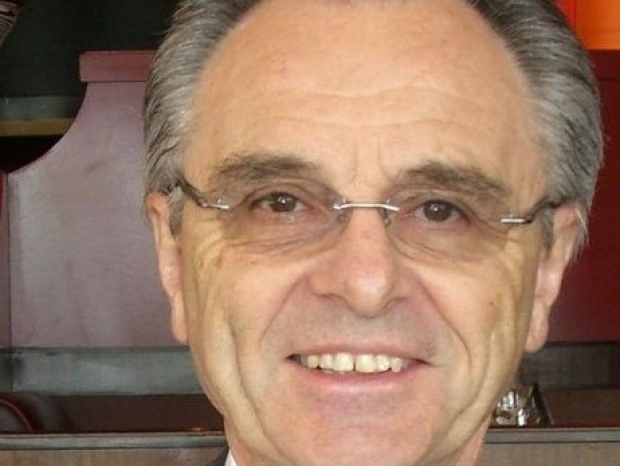 Apple’s former head of Mac development, Jean-Louis Gassée, has said that Apple’s decision to switch to ARM processors for Macs will make it inevitable that higher-end Windows PCs will have to do the same.

After all, are not Macs at the cutting edge of PC development and shown the way for PC makers with their cutting edge development? Oh that is right, Apple is about four years behind other PC makers and is not even the first to shift to ARM chips but…. nevertheless.

Gassée has not been with Apple for a while and left in 1990, he is famous for shelving the company’s plans to license macOS to other manufacturers because he believed the Macintosh was more powerful than any other computer at then, and had a superior architectural roadmap for future expansion than any other computer. He was later removed from Apple because he failed to come up with much new.

Writing in his bog, Gassée said that there was every reason to believe Apple’s claims that ARM processors will offer more power and greater battery life.

“According to Geekbench tests, A12Z performance matches or exceeds my MacBook Pro. Apple doesn’t disclose the TDP for the A12Z processor, but we can rely on an indirect number, the iPad Pro’s 18W power adapter output. This gives us an idea of what to expect from Apple Silicon in future Macs: Significantly lower TDP without losing processing power.”

Yeah OK that tells us that the MacBook Pro is power and resource hungry mostly due to its now elderly Intel chip. The A12Z is not compared with the latest AMD chips running on 7nm processing technology or even the latest Chipzilla chip.

“ Given what we see with today’s A12Z, one can’t imagine tomorrow’s Apple Silicon Macs providing less than a 25% throughput advantage against corresponding x86 PCs. Admittedly, these are speculative, broad strokes assumption for Apple Silicon Macs — think faster, svelter laptops actually lasting 10 hours on a battery charge. If not, once again, why bother burning the billions?”

This is also faulty logic. Future A12Z chips would have to compare against future x86 PCs. It assumes that Apple tech will improve but x86 will stay the same. This is unlikely and there is nothing to suggest that ARM will be better than x86 in the future. Nevertheless that did not stop Gassée making his next leap of faith.

“Microsoft will not be able to sit back and watch Apple take the lead with the most powerful PCs on the market, and nor will third-party brands making Windows machines. This leaves Microsoft with a choice: Either forget Windows on ARM and cede modern PCs to Apple, or forge ahead, fix app compatibility problems and offer an ARM-based alternative to Apple’s new Macs. It’s a false dilemma, of course. Microsoft will forge ahead… with repercussions for the rest of the Windows PC industry.”

Again another false bit of logic. Microsoft has been putting ARM chips into the same toys that Apple has for sometime. They have advantages, particularly for low powered toys, but they are not powerful enough for serious gaming or processing power. The idea that x86 will fold up and die now that Apple does not care about it any more is typical of the myopic Apple fanboy thinking. X86 did not suffer from Apple not being a part of it when it was running IBM chips and it did not improve much when Apple was an Intel fanboy. If there had been any crossover of operating systems, it might have hurt. But Apple gear required the Apple operating systems as far as users were concerned the chip was not that important.

“Specifically, what are Dell, HP, Asus, and others going to do if Apple offers materially better laptops and desktops and Microsoft continues to improve Windows on ARM Surface devices? In order to compete, PC manufacturers will have to follow suit, they’ll “go ARM” because, all defensive rhetoric aside, Apple and Microsoft will have made the x86 architecture feel like what it actually is: old.”

The operative word here is “if” and assumes that Microsoft will abandon x86 which would be cutting off all its business and software just to “follow Apple”. The claim that x86 architecture “feels old” is Apple fanboy subjective with very few of them ever touching it or being aware of any real difference. The same applies to the corporations and businesses who are those who support x86 and have a huge investment in the technology.

“Given that everyone will want ARM processors to run Windows, Intel will likewise have no choice. This leaves Intel with one path: if you can’t beat them, join them. Intel will re-take an ARM license (it sold its ARM-based XScale business to Marvell in 2006) and come up with a competitive ARM SoC offering for PC OEMsm”, Gassée said.

Again there is no logical reason to think this. It is all based on an premise “Apple is in charge and Microsoft must follow” which is historically untrue outside Apples reality distortion field, therefore all premises built on this one fall flat on their stupid smug faces.