AMD launched socketed Kabini parts a few weeks ago, along with the all new AM1 platform and FS1b socket (now renamed to AM1 socket). We checked it out a couple of weeks ago and as we pointed out in our brief review of the Athlon 5350 we really like the idea of bringing the flexibility of socketed platforms to this price tier.

However, the AM1 platform is brand new and it has some drawbacks. First of all the choice of motherborards is relatively limited and there are only four APUs to choose from. Since the socket and 25x25mm package are new, there are still no aftermarket coolers for AM1 chips. This means you’re stuck with AMD’s stock cooler for the time being and it stands about 50mm tall. In other words it won’t fit into many stylish mini-ITX chassis designed for HTPCs.

Biostar believes there is still a market for integrated Kabini boards and its new A68N-5000 board is based on the good old A4-5000 mobile SoC. Unlike AM1 parts, the A4-5000 is a mobile design with a substantially lower TDP (15W vs. 25W).

As a result Biostar decided to use a passive cooler and a relatively low cooler at that. This makes the A68N-5000 board suitable for a lot more mini-ITX chassis than the AM1. 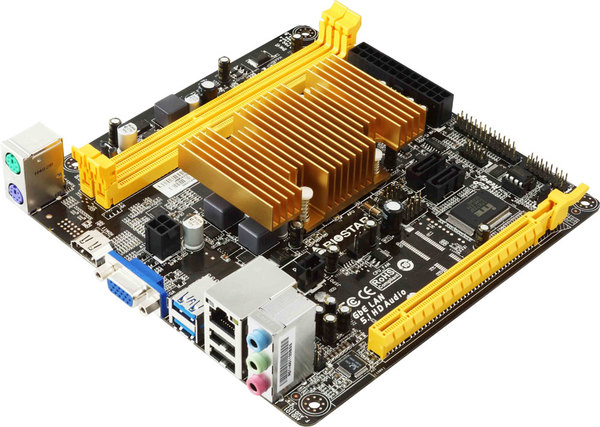 The board has two DDR3 slots and supports DDR3-1600 memory, single-channel of course.

Connectivity is not an issue

Biostar’s A68N-5000 does not feature WiFi or Bluetooth out of the box, but it does come with two USB 3.0 ports, two USB 2.0 ports, HDMI and VGA video outs, LAN and legacy PS/2 connectors.

It also has two unused USB 2.0 headers, along with serial headers and two SATA 6Gbps headers. The board also features a PCIe x16 2.0 slot (x4 electric). The A4-5000 does not feature support for dual graphics. 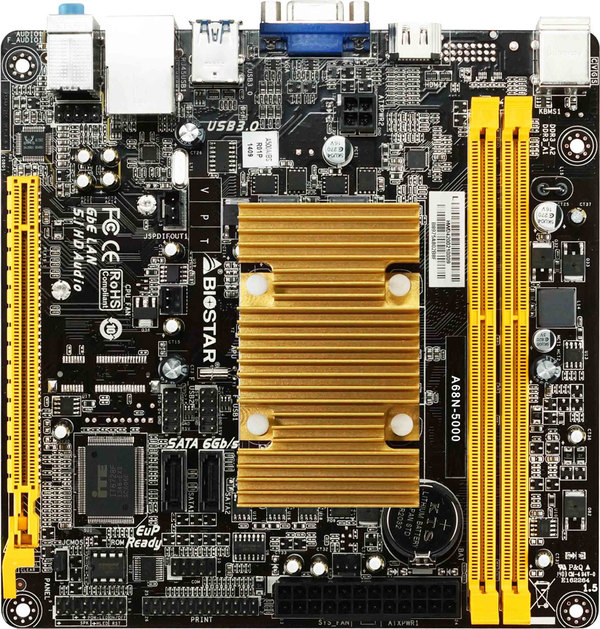 There is still no word on price or availability, but the board looks like an interesting alternative to AM1 products, provided it is priced right. With a somewhat lower TDP and passive, low-profile cooling, it looks like a good choice for HTPCs.

If you’re interested, you can check out the Biostar A68N-5000 product page for additional details.

Rate this item
(0 votes)
Tagged under
More in this category: « ASUS releases Supercomputer motherboard Jensen wants chipset licence back from Intel »
back to top