There are three specially shaped 85mm fans and the double bladed fans look rather unusual. PowerColor claims the double-blade design can focus airflow into the center and increase airflow by up to 20 percent compared to traditional fan designs. The design is also supposed to prevent dust from depositing at the bottom. We would still advise users to clean the heatsink on a regular basis. Luckily that is easy to do. You can remove only the fans simply by undoing three screws that keep them attached to the frame. 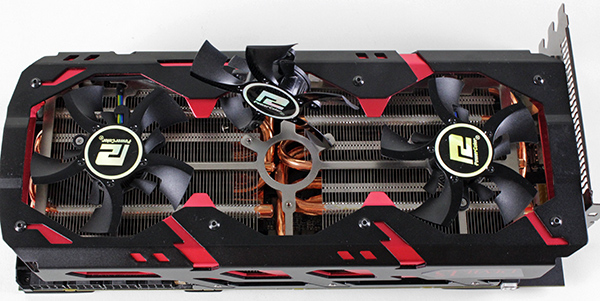 You can see the double bladed design in a bit more detail in the next set of pics. 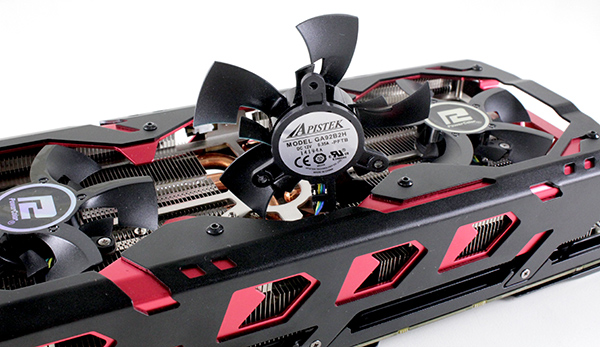 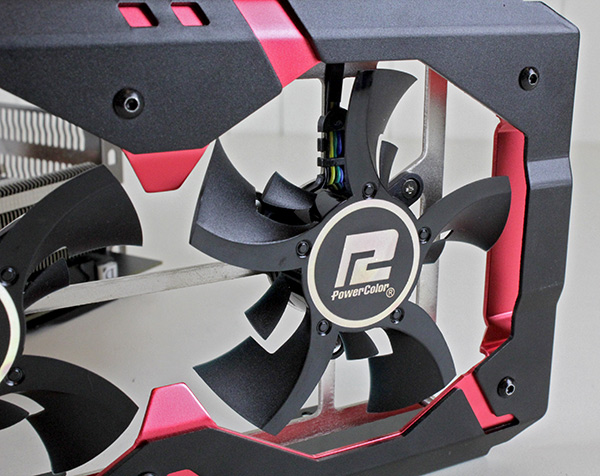 All the fans are connected to the PCB via 4-wire cables. Fan RPM can be regulated via Catalyst Overdrive. 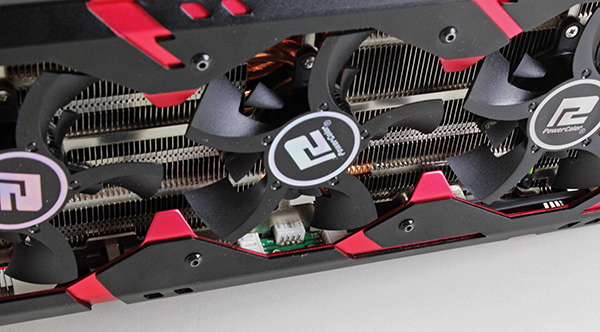 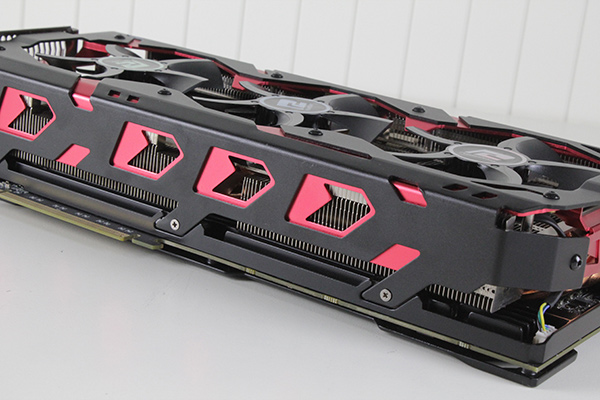 The frame of the cooler also can be removed easily, there is no need to remove the entire cooler. 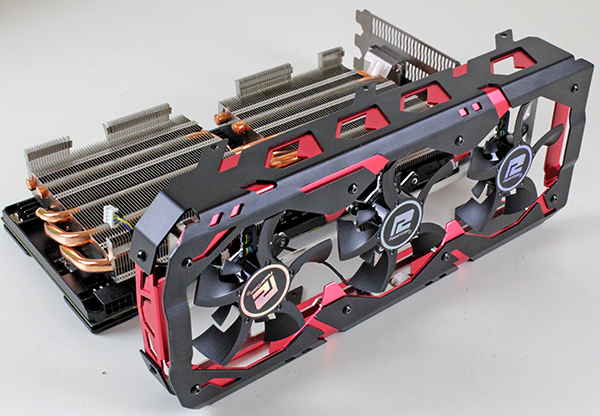 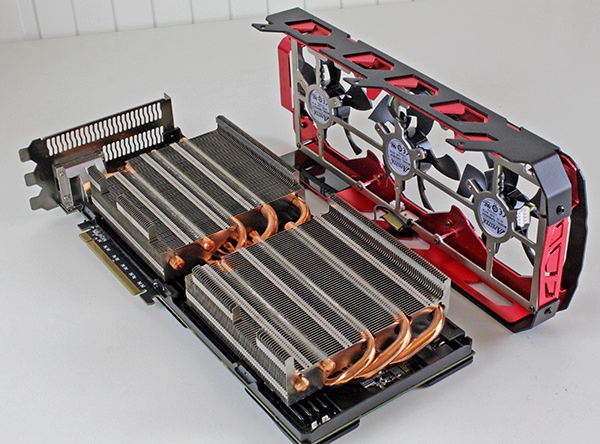 The Devil 13 logo is powered by a 2-pin cable. The cable is very short and needs to be carefully disconnected prior to frame removal. 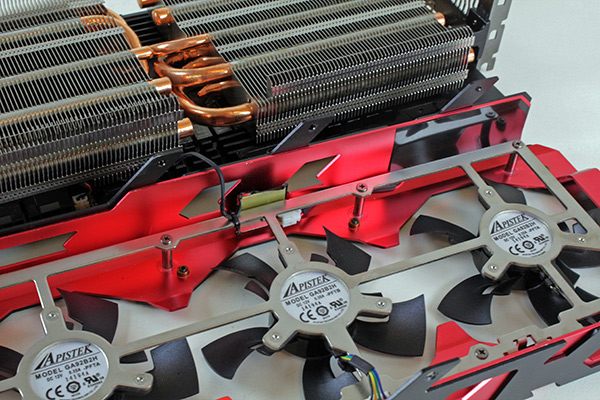 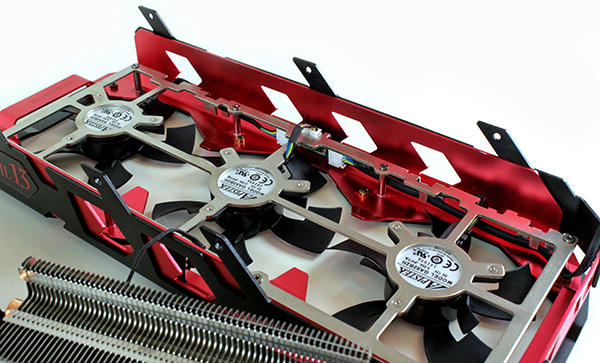 The Cooler Devil 13 HD 7990 was a triple-slot card, too. However, the third slot only housed the fans. The Devil 13 R9 290X has a slightly bigger heatsink which reaches the third slot. EVGA uses a similar design approach with its ACX cooler. 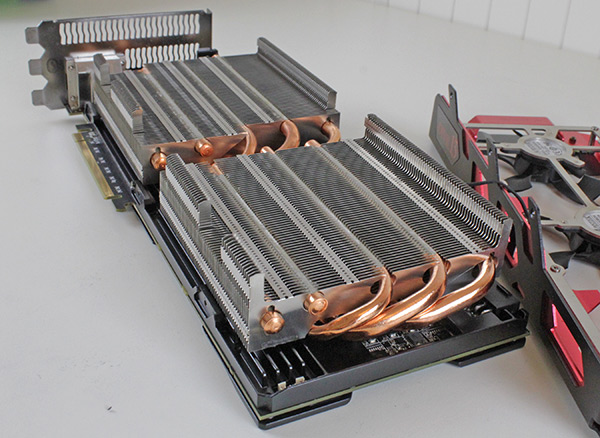 Since this is a very expensive card, we expected a somewhat better finish. Parts of the heatsink feel sensitive and it is easy to twist a few fins while removing the cooler frame. 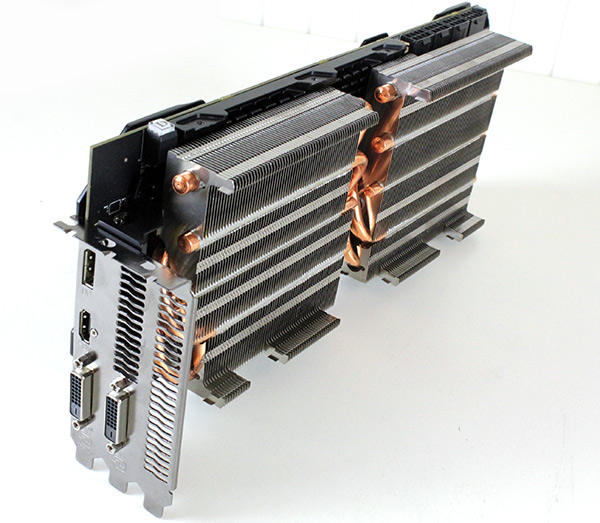 The heat dissipation system employs a total of ten heatpipes. It is comprised of two parts, which is an approach used by both Nvidia and AMD on their previous dual-GPU reference designs. Each GPU is in contact with the copper base of the cooler.

The Devil 13 Dual GPU R9 290X card features two stabilization frames, which a 2.34kg card surely needs. The front of the PCB features a big frame that covers all low profile components such as the memory chips and power components. This frame is screwed to the second frame. 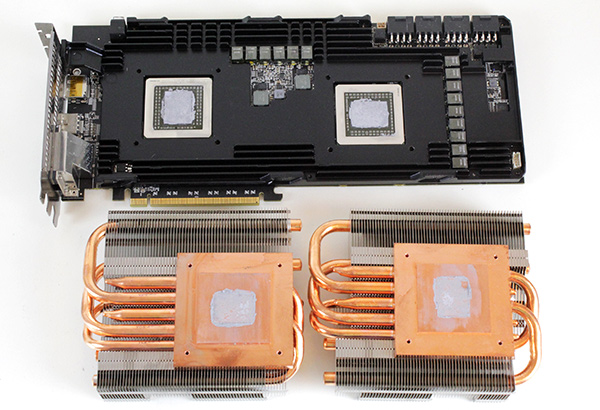 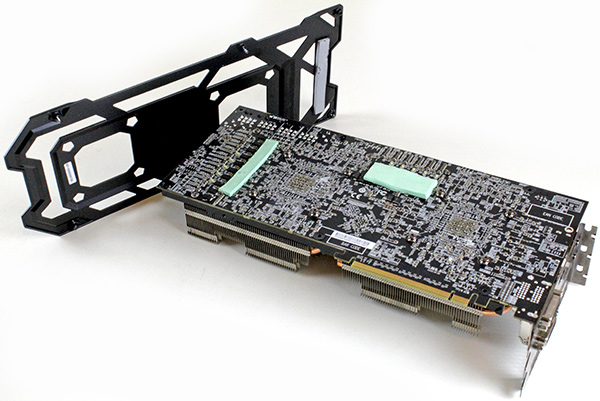 The screws that keep the heatsink attached to the card are on the back of the card. Each of these screws has four washers for a better grip. 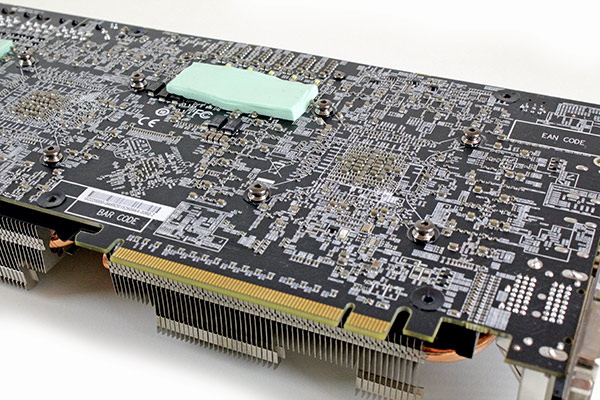 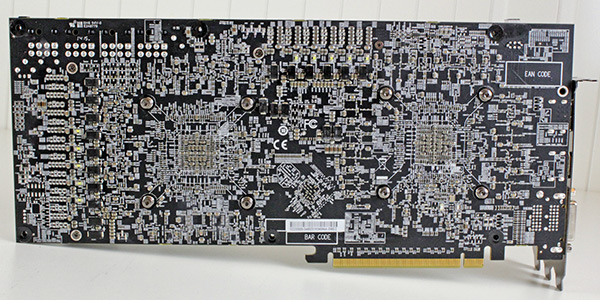 The PCB sports two Hawaii XT graphics processor. The frame also cools the internal bridge (PEX 8747 from PLX) which handles communication between GPUs. The board has a 10+3+2 phase power design and it is built with a Platinum Power Kit. 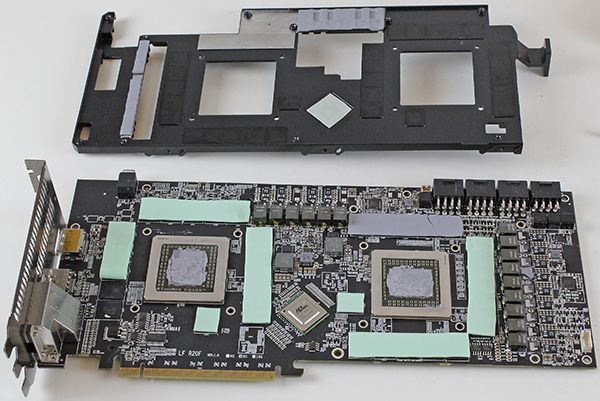 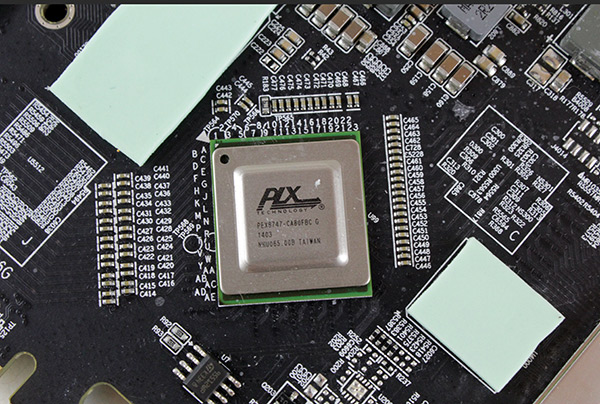 The card packs 8GB of GDDR5, so each GPU has 4GB at its disposal. The memory chips come from Hynix and they run at 1350MHz.

With the launch of the Radeon R9 290/290X/295X2 cards AMD updated Eyefinity to version 2.0. Eyefinity now enables custom multi-monitor resolutions. You can now use any monitor output and use similar monitors to create an Eyefnity setup. It also supports DDR audio. The rest of the R9 290 series cards have similar connector layout, i.e. two DVIs, one standard DisplayPorts and one standard HDMI. Next generation 4K (4096x2160) and UHD (3840x2160) resolutions are supported, too. You can also use any combination of display connectors or use four outputs at the same time. One HDMI 1.4a compatible sound device is built in the GPU, which also includes HD audio and Blu-ray 3D movies support. 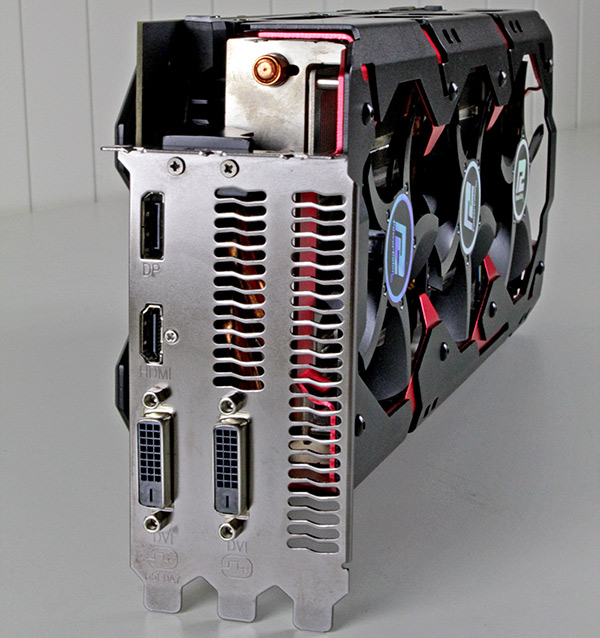 « Prev Next »
Last modified on 21 August 2014
Rate this item
(0 votes)
Tagged under
More in this category: « Xigmatek Nebula tested PowerColor TurboDuo R9 285 reviewed »
back to top