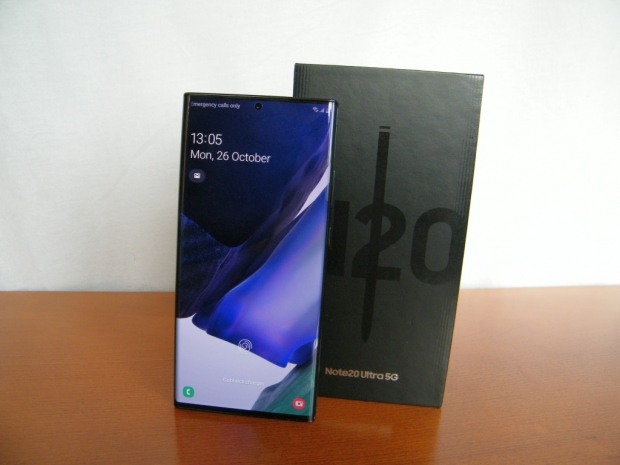 In case you missed it earlier, the Samsung Galaxy Note20 series comes in a couple of different configurations, or should we say models, as you have the standard Galaxy Note20, and the Galaxy Note20 Ultra, which we had a chance to try out for a couple of weeks. The Galaxy Note20 lineup comes with either Samsung’s own Exynos 990 SoC in most of the world or with Qualcomm’s Snapdragon 865+ SoC in the USA.

You can also get both the Note20 and the Note20 Ultra as 5G versions, which include a 5G modem. 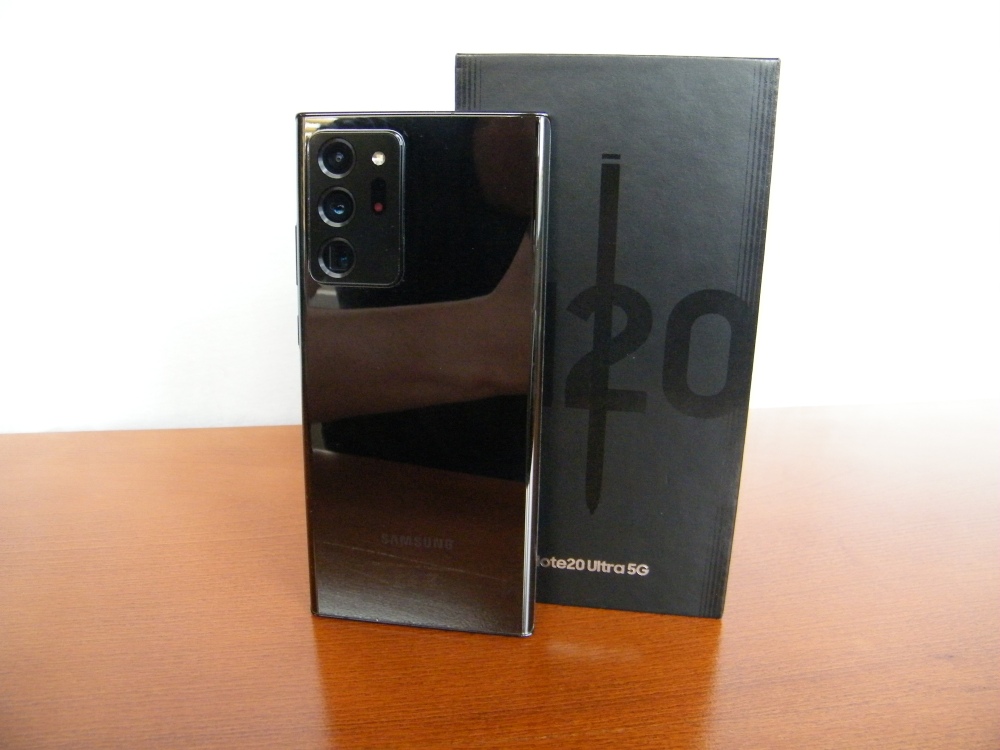 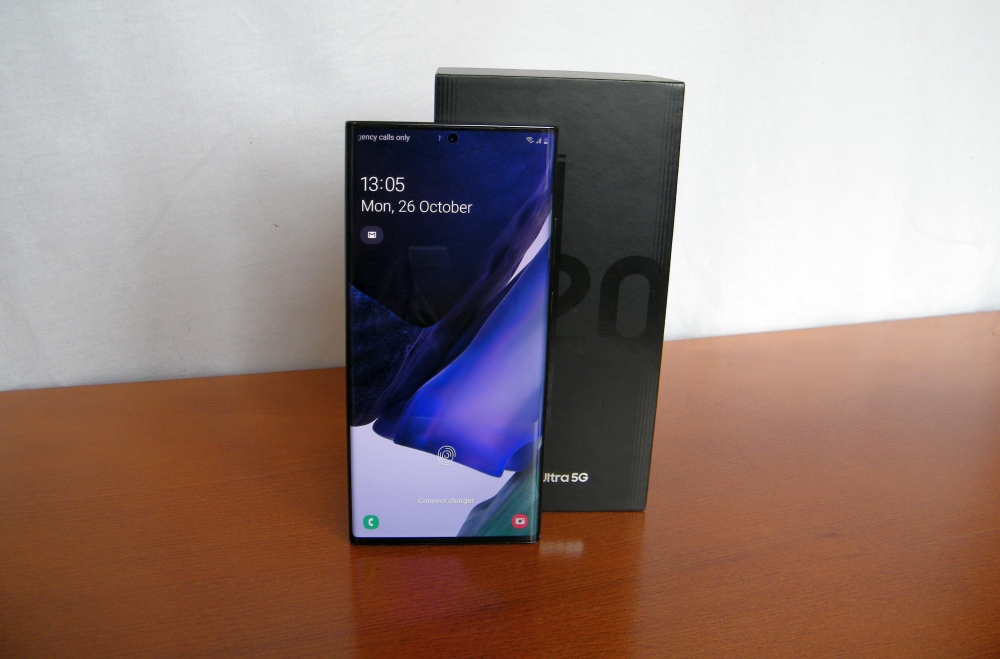 The Galaxy Note20 Ultra 5G comes in a neat looking black box and it is available in three color choices, Mystic Bronze, Mystic Black, and Mystic White. Our sample came in Mystic Black, which looks nice, but it is a fingerprint magnet. 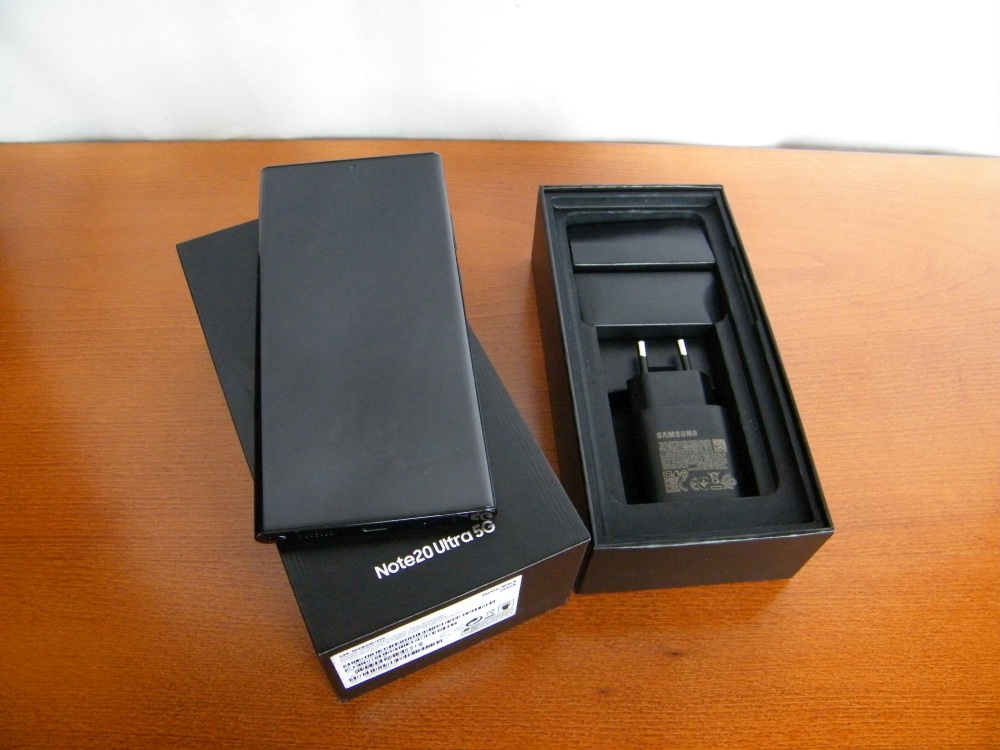 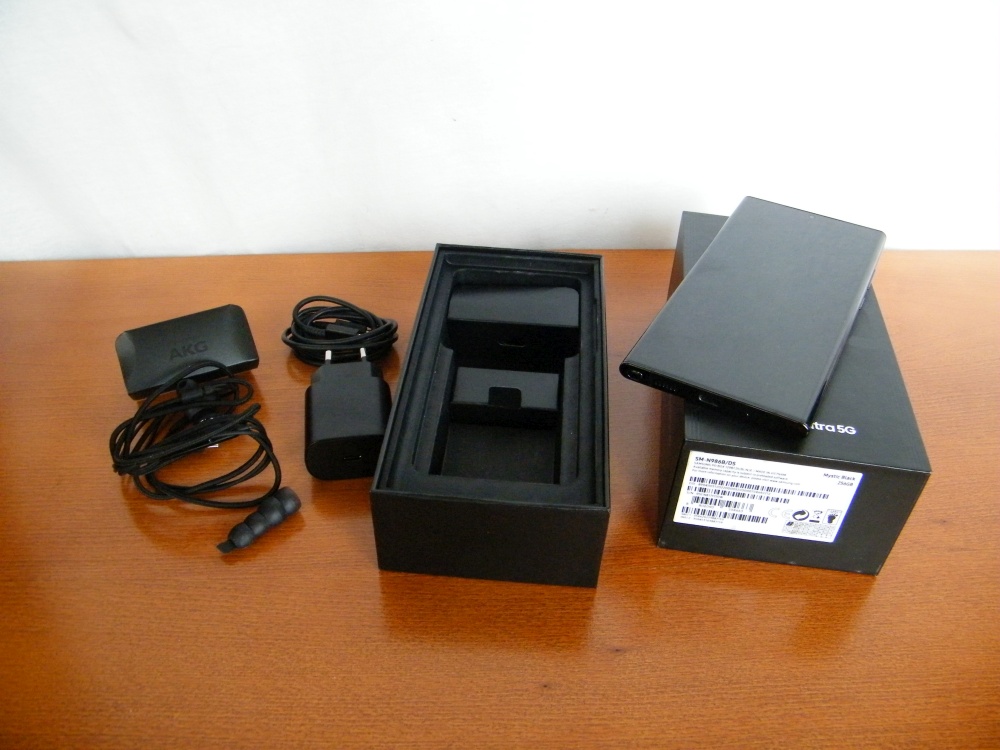 When it comes to design, the Galaxy Note20 Ultra is exceptional, as it does not follow certain smartphone design trends with rounded corners, and that is a good thing in our book. It looks more like a Note10+ and does not follow the design trend seen with the Galaxy S20 series. Both the front and the back glass panels are protected by Corning Gorilla Glass Victus, and it is built with a metal mid-frame.

You’ll get the curved screen design with flat edges on the top and the bottom of the phone. It also got a big camera hump at the back, featuring three main sensors. The front is clean with a single center-placed punch-hole for the front camera, and this time around, the bezels are much slimmer, at least compared to older Note series smartphones. 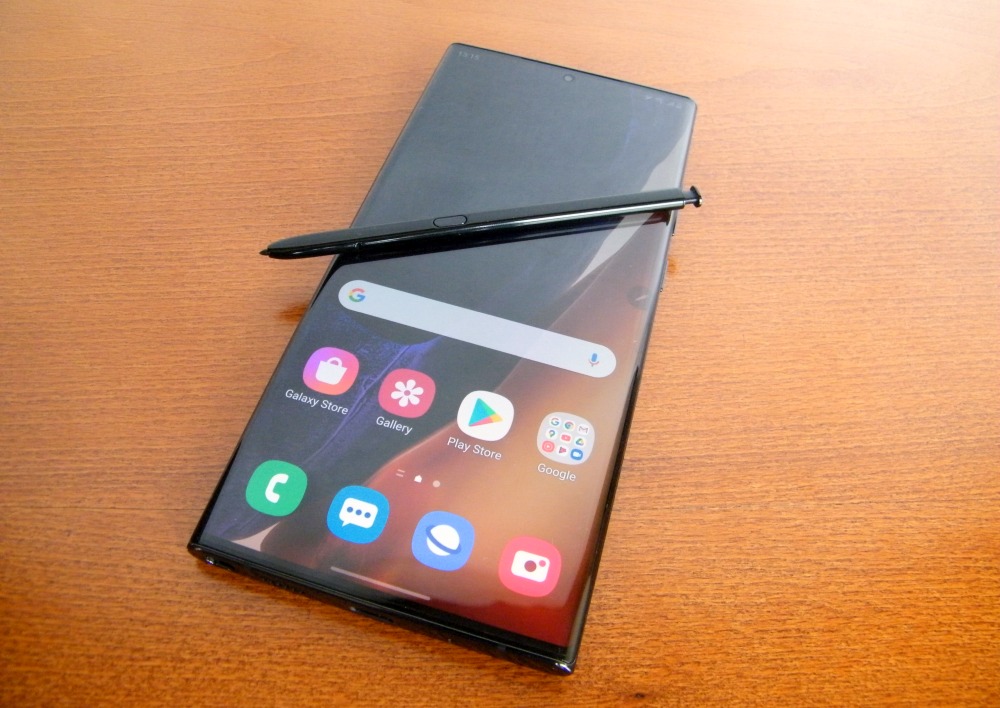 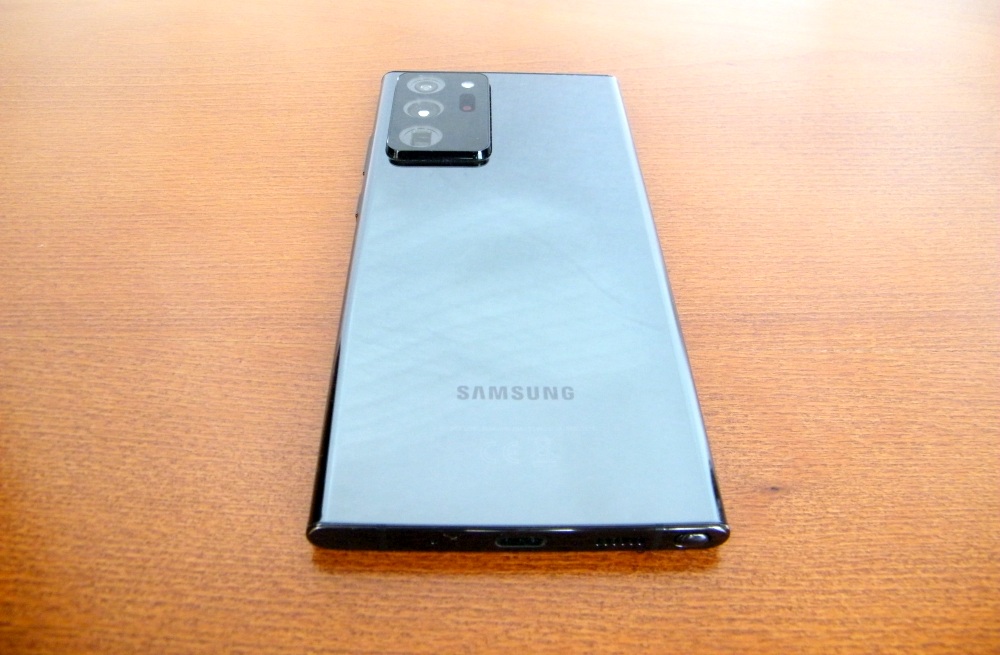 There is not much to see, the sides are clean, with small power and volume buttons, and you get the card tray at the top and USB-C port, loudspeaker, microphone, and the S Pen at the bottom. The S Pen is now located on the right side, which might sound a bit weird to those that used earlier Note smartphones. 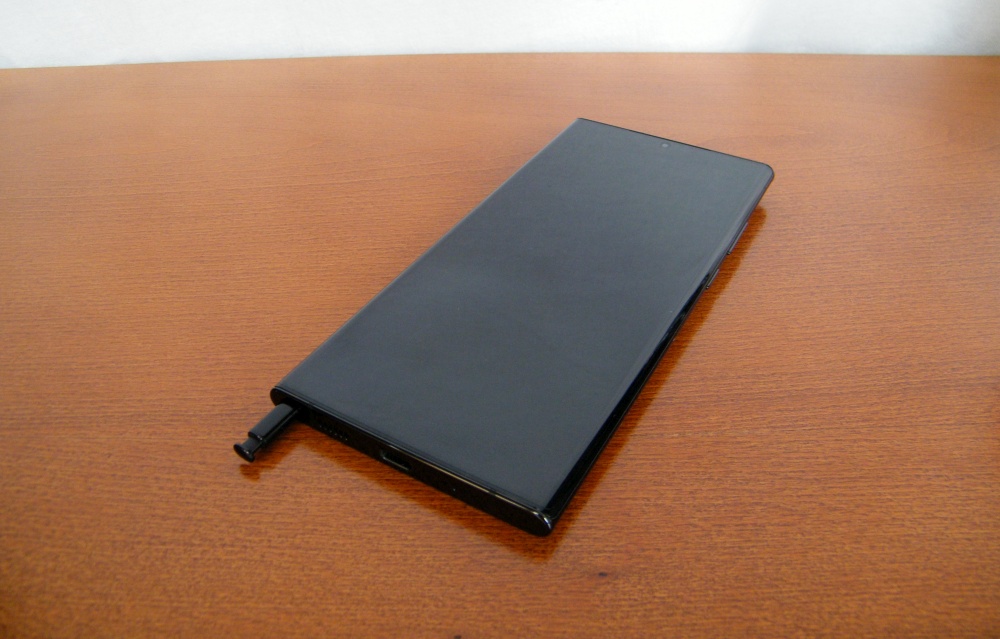 Bear in mind, the Galaxy Note20 Ultra is a big smartphone, and one might argue that it is a bit too big, measuring at 164.8x77.2x8.1mm and weighing in at 208g. On the other hand, the Galaxy Note20 Ultra is incredibly thin, thinner than some other smartphones on the market in the similar market segment, as well as very light, which is an impressive feat considering its sheer size and battery capacity.

On the other hand, you get a lot of screen real-estate with a gorgeous 6.9-inch Dynamic AMOLED 2X screen with 3088x1400 resolution. As noted, the screen is protected by Corning Gorilla Glass Victus, and it supports Always-On, HDR10+, and 120Hz. Bear in mind that 120Hz, or the so-called Adaptive Mode, will drop the resolution down to 1080p, while at 1440p, you’ll only get 60Hz.

The screen is one of the best we have seen so far, and 120Hz refresh rate, paired up with 240Hz touch sampling adds up to an incredible experience. It is also one of the brightest screens we have seen so far, and while we do not have the necessary equipment to do any serious testing, we believe it would score quite well in those tests. Samsung rates the screen at 1500nits,  which we doubt, but both colors, contrast, and brightness are impressive, which is what we would expect from an AMOLED panel. 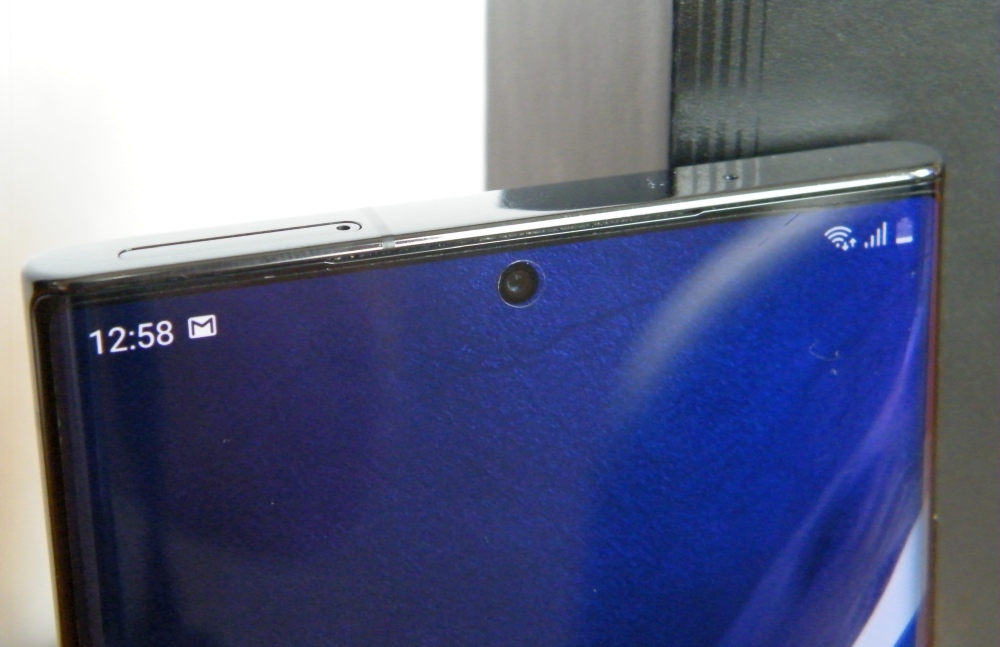 Our review sample, of course, came from Europe so it was based on the Exynos 990 SoC, so you get an octa-core CPU part with two Mongoose M5 cores at 2.73GHz, two Cortex-A76 cores at 2.5GHz, and two Cortex-A55 cores at 2.0GHz. It also features Mali-G77 MP11 GPU. The Exynos 990 is a great SoC, based on the 7nm+ manufacturing process and holds its ground against Qualcomm’s Snapdragon 865+ quite well.

As noted, the performance of the Galaxy Note20 Ultra 5G with Exynos 990 should be similar to the Snapdragon 865+, just slightly slower, which is something that you might not notice in any normal usage.

When pushed too hard, the Note20 Ultra 5G does heat up a lot and we observed a significant thermal throttling as well, so you might get a lower score eventually, but these are average scores that you’ll get in normal benchmarking.

Bear in mind that the 120Hz Adaptive Refresh could lower the battery life, although Samsung’s take is that it would extend it as it adapts to the usage. We tried it out and got a bit shorter battery life with 120Hz.

The Galaxy Note20 Ultra 5G does not come with 45W charging support, but the 25W adapter is pretty good as well, charging it from zero to full in about 1:30h. It can give you around 40-ish percent charge in a half an hour.

The Galaxy Note20 Ultra 5G also supports Fast Wireless Charging, with up to 15W, and can charge other phones (reverse charging) with 4.5W, which should be enough.

The SPen Stylus is what the Galaxy Note20 Ultra 5G is all about. While it might be the same S Pen we have seen on previous Galaxy Note10, this one gets improved latency, 9ms, as well as 240Hz touch sampling. Bear in mind that the same 9ms latency is not available on the standard, non-Ultra, Galaxy Note20. 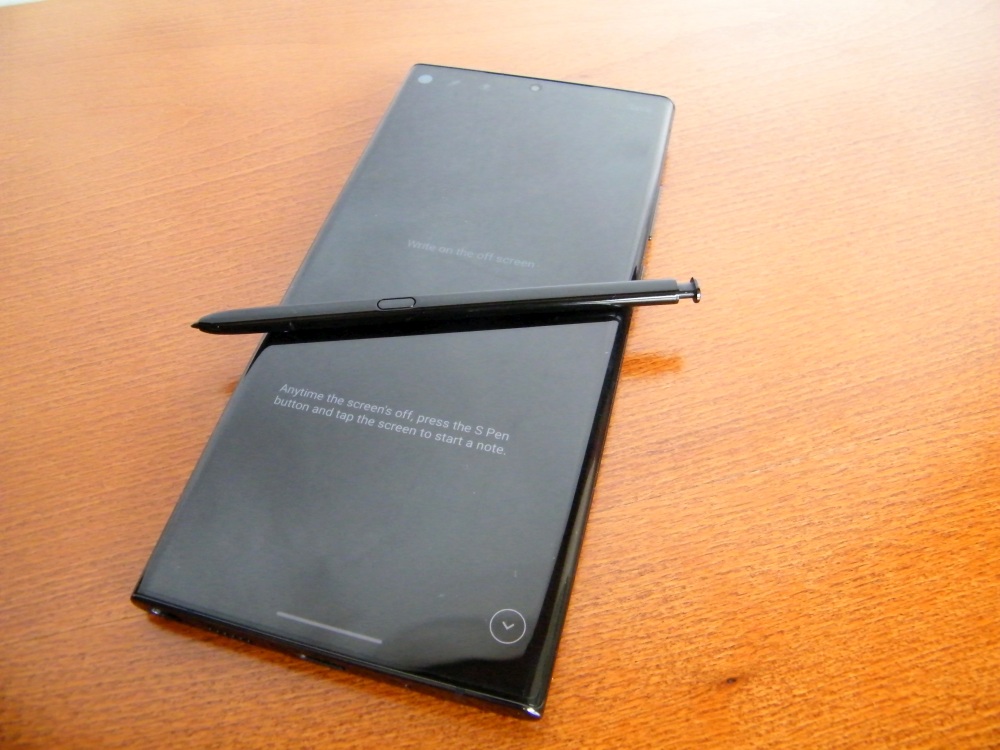 The S Pen brings you a new level of usage in a smartphone, as things that needed to be typed on a virtual keyboard can now be simply written. This is a great option for marketing specialists and people that do a lot of emails, comments, and such things during their work hours.

The S Pen brings new Anywhere actions, including Back, Recent apps, and Home, as well as Open Smart Select and Open Screen to write on the current screen.

You also get some Air actions with the S Pen including an option to hover over an image to get a bigger preview and more.

The Samsung DeX (Desktop eXperience) has also been updated, as it now works wirelessly. It supports all Miracast devices.

You simply turn it on in quick settings, and it searches for available TVs (or monitors for that matter), and you get a Windows-like experience.

This, alongside the S Pen and the non-trendy look of the Galaxy Note20 Ultra 5G are probably what separates the smartphone from other ones on the market and make it a more business-oriented smartphone rather than a trendy one.

The camera system on the Galaxy Note20 Ultra 5G is pretty good, and while it might not be the best one around, it does pretty well in most scenarios. 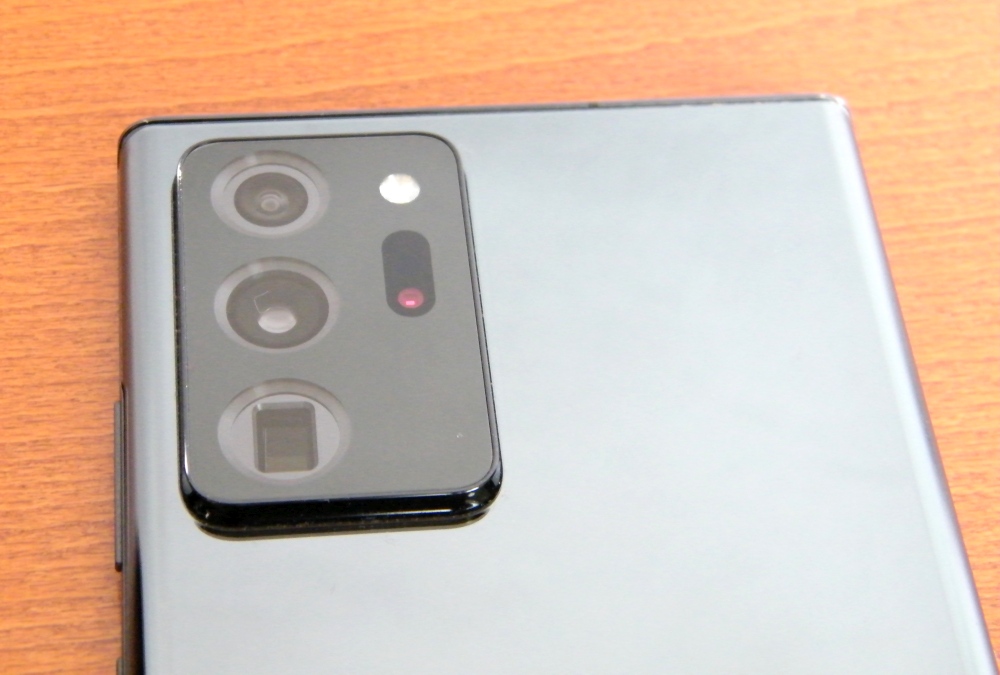 You get all the usual modes with the main camera, including the Pro one, where you can set everything up. 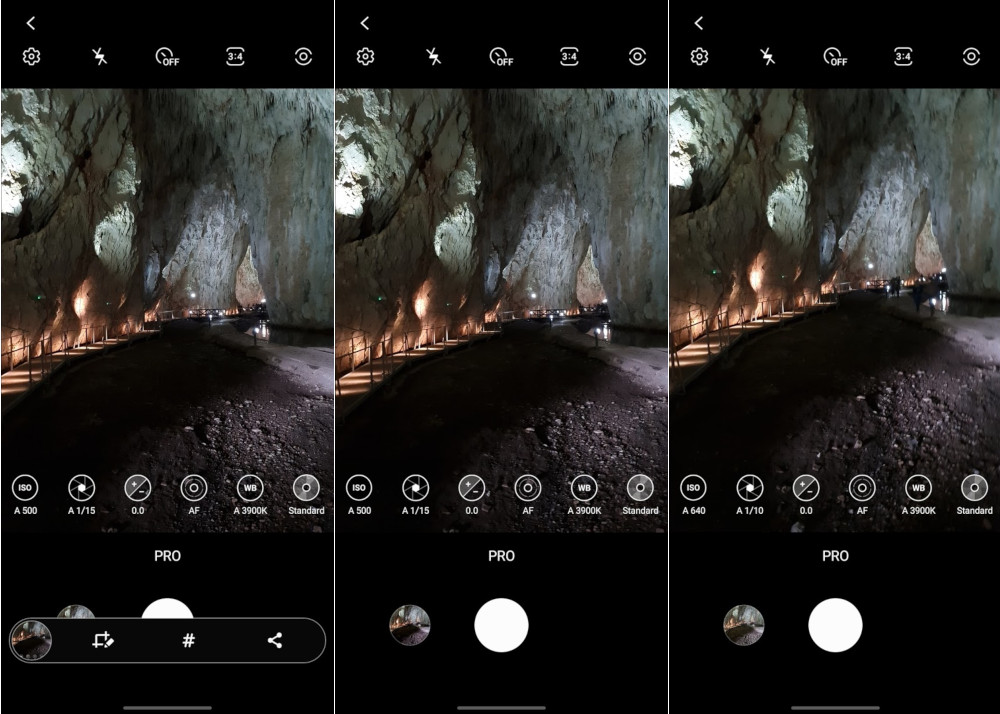 The Galaxy Note20 Ultra does well with photos, and we only noticed some problems with high zoom as it tends to get a lot of noise. Other pictures, as you can see below, show impressive details, a pretty wide dynamic range, and excellent color reproduction.

The front selfie camera is one of the best around, at least one of the best that we had a chance to try out. Of course, it needs proper lighting and tends to miss in low-light scenarios. 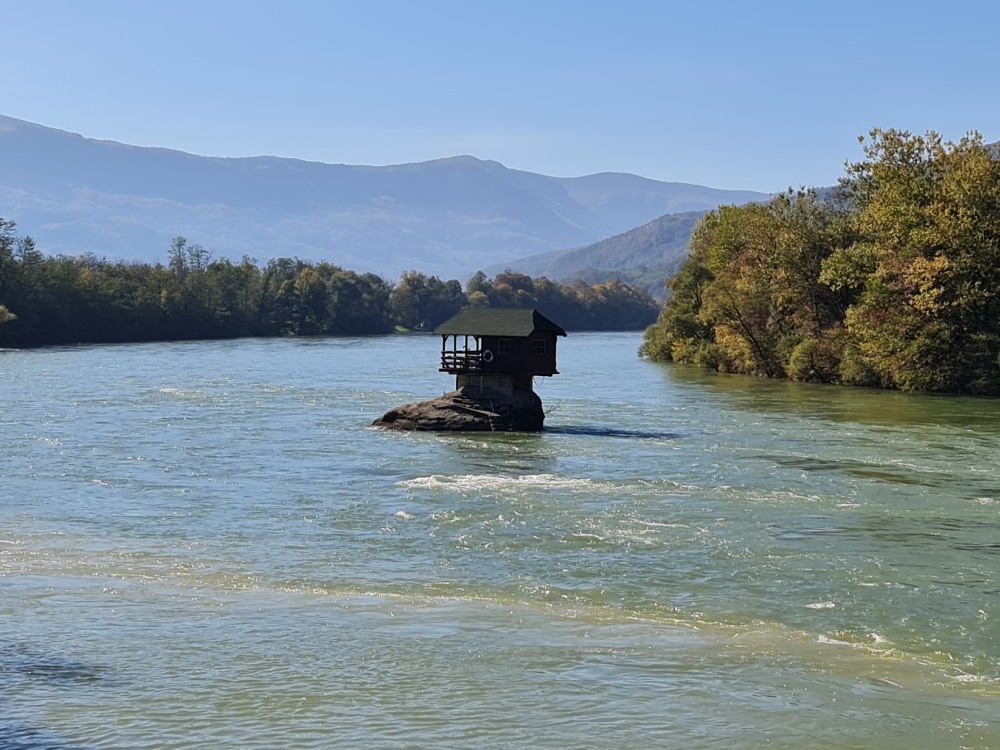 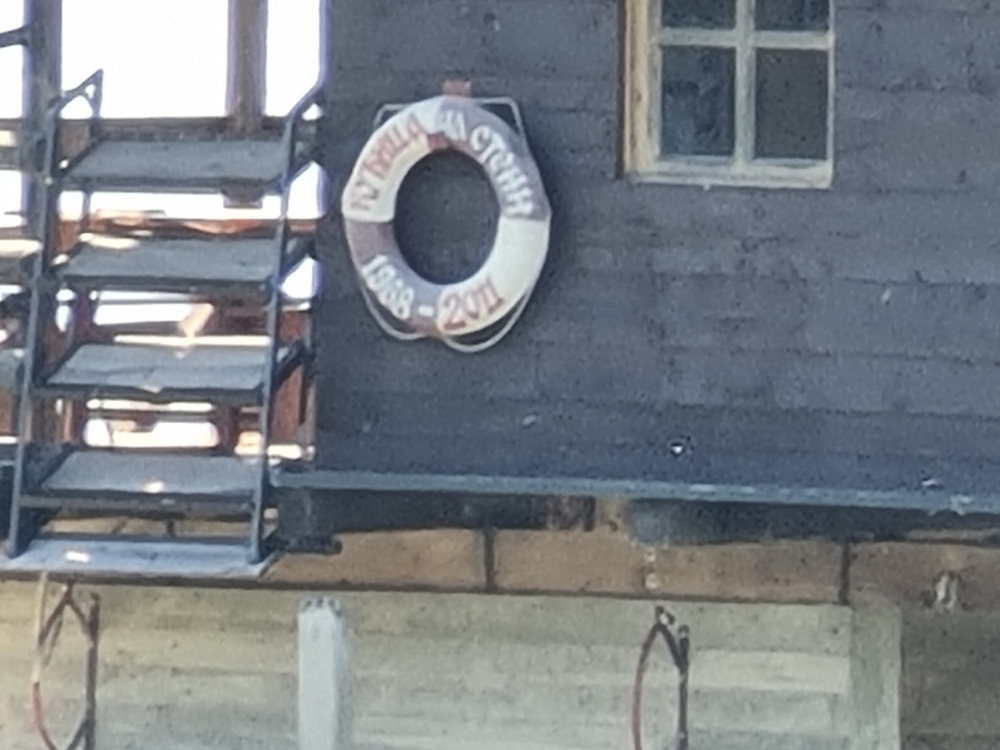 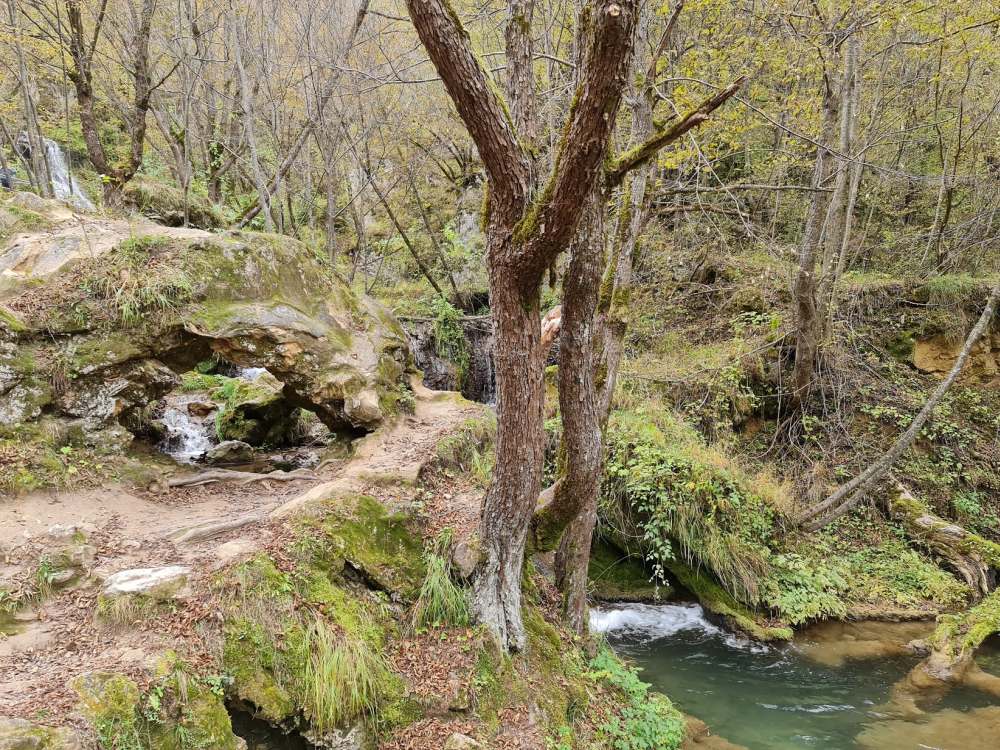 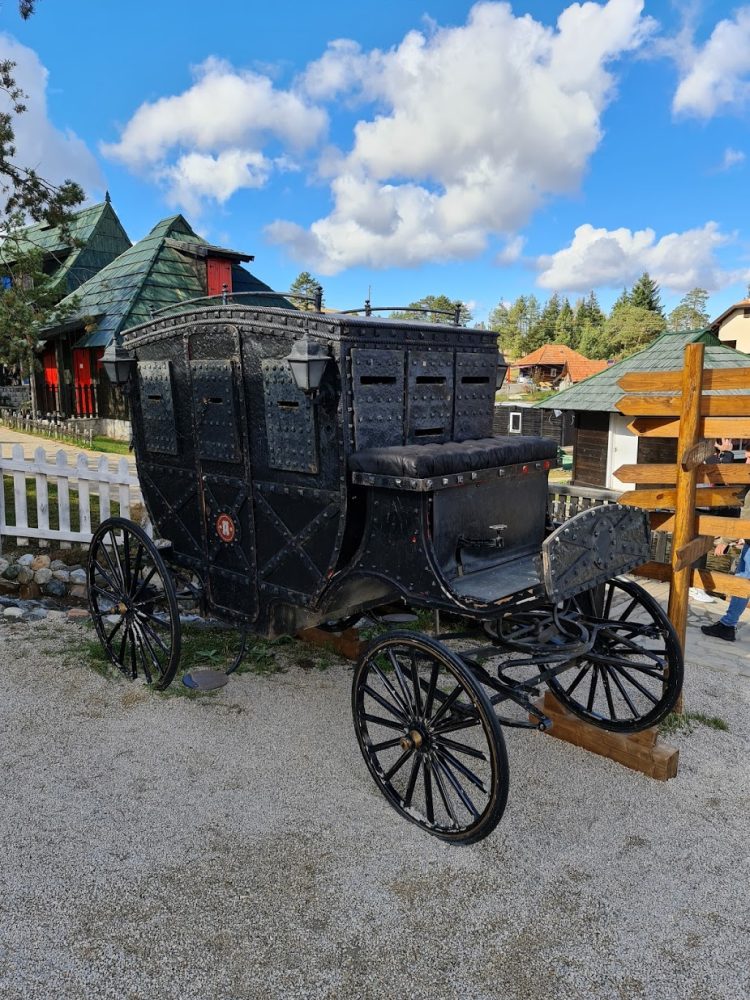 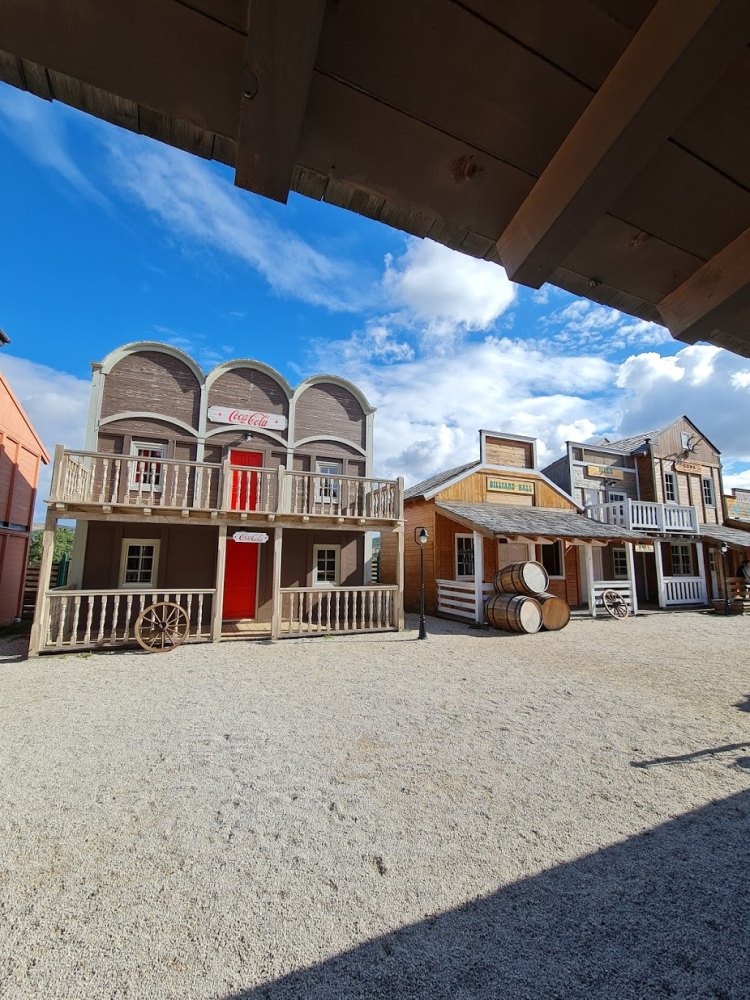 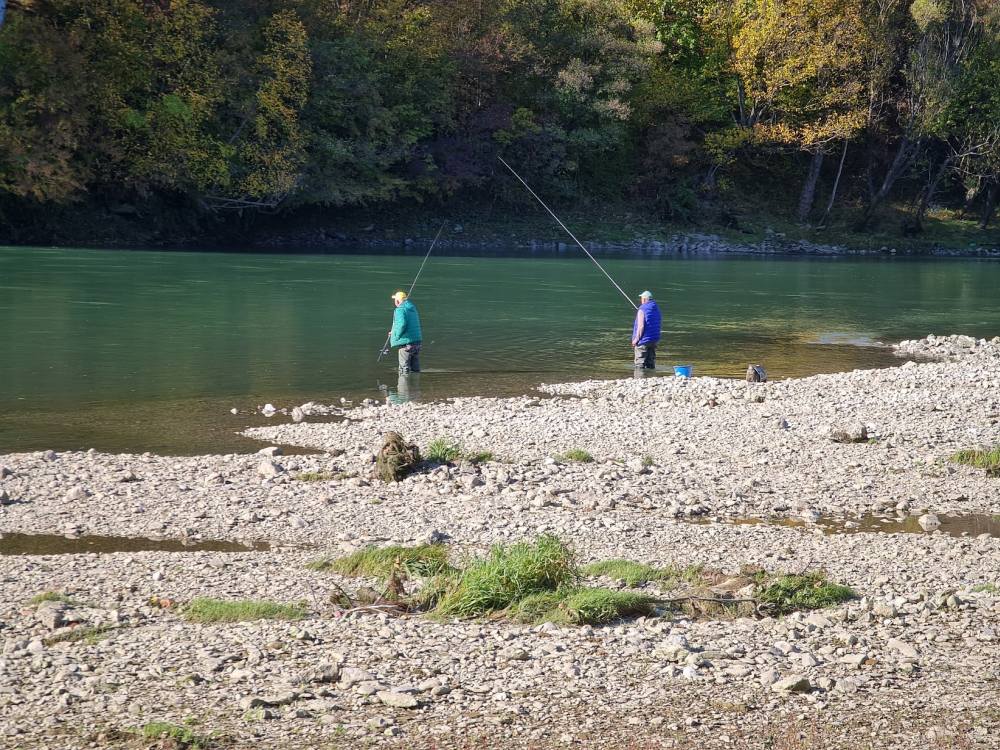 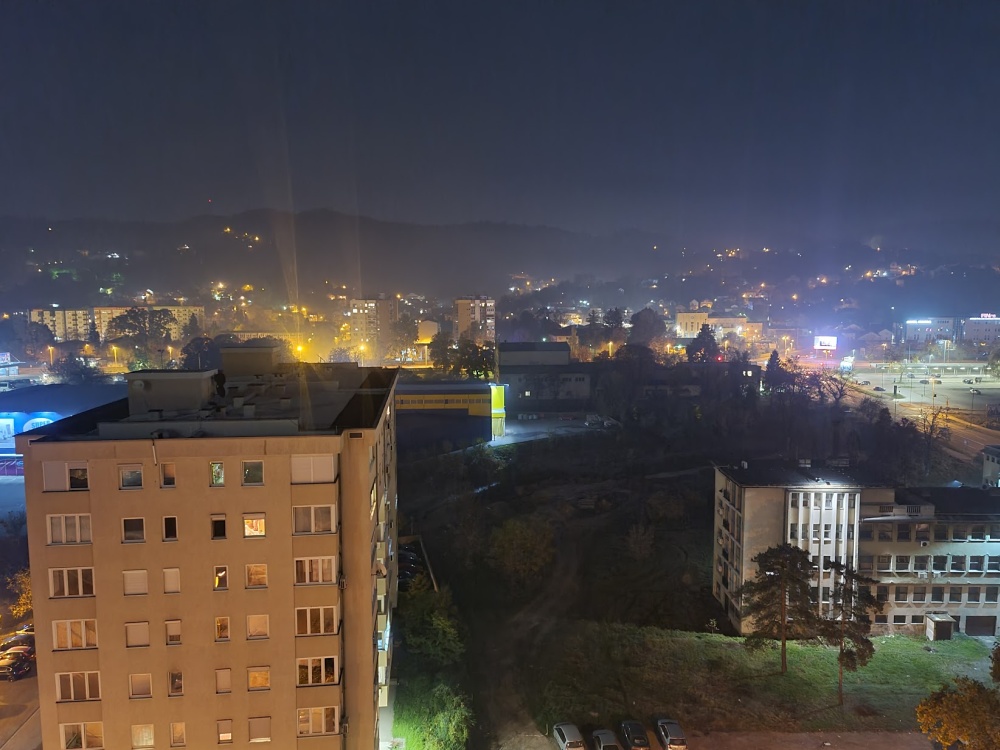 The Galaxy Note20 Ultra 5G is a great smartphone, or should we say a great package, especially on the business side.

You get a smartphone that does not look like all the smartphones on the market, and it does everything at a more serious level, with a great S Pen experience, wireless DeX, good camera, and more.

It also has one of the best screens we have seen so far. Pair up with a high refresh rate, the Dynamic AMOLED 2X is a pleasure to use.

All of these specifications, including the top of the line chipset, great screen, good camera system, and more, come with a steep price. The Galaxy Note20 Ultra 5G launched at €/$1300 for the 128GB version, and €/$1499 for the 512GB version, but now it is quite cheaper, as you can find it for as low as $1000, and in some regions, it might even come with a free Samsung Watch.

When it comes to competition, The Galaxy Note20 Ultra simply does not have a competition, at least not as a whole package. The closest competitors are the Galaxy S20 Ultra, which is more of a fancy and trendy smartphone, as well as the older Galaxy Note10+, which is still a great smartphone that can be found for as low as €800 in Europe, or a bit more, $999.99, in the US.

In any case, the Galaxy Note20 Ultra 5G did good in our book and probably one of the best business-oriented smartphones on the market, at least as far as we could tell. 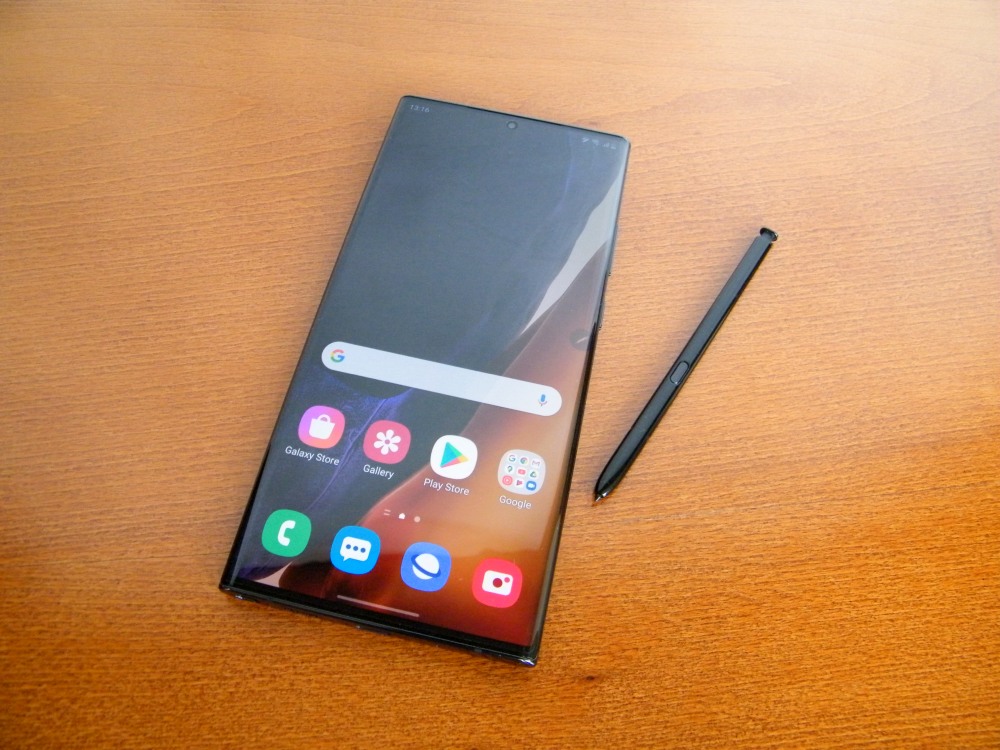 Last modified on 03 December 2020
Rate this item
(6 votes)
Tagged under
More in this category: « Coumi ANC-860 Bluetooth 5.0 ANC headphones are good Mobvoi Ticwatch C2+ (Plus) ticks most of the boxes »
back to top