Review: Bay Trail on a budget

Just a few years ago the idea of an x86 tablet that wouldn’t burn a hole in your pocket seemed farfetched, as this particular segment was dominated by cheap and frugal ARM chips. A lot has changed over the past few months, thanks to new Intel Bay Trail and AMD Temash parts, but there are still relatively few devices based on these new chips on the market. This makes a direct comparison between similar devices practically impossible, as there just aren’t any Bay Trail/Temash convertibles in the wild. 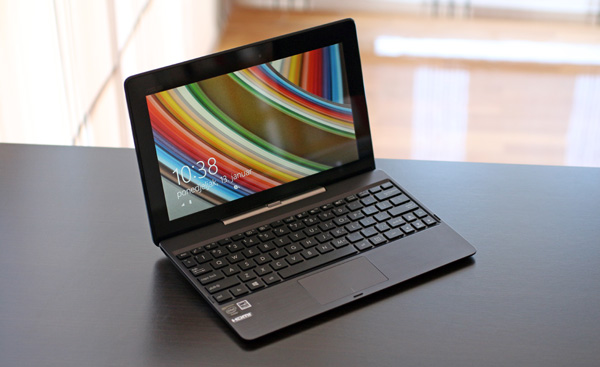 For the time being the Asus T100TA Transformer Book is the only dirt cheap Bay Trail convertible available worldwide, which is rather puzzling considering Intel’s “2-in-1” PR onslaught last year. Proponents of x86 hybrids argue that they are the way to go because they offer support for legacy x86 applications and excellent productivity in a single package. The ARM camp insists that x86 compatibility is no longer relevant and that lean operating systems like iOS and Android are simply a better choice for such devices than Windows 8.x. As always the truth is somewhere in the middle, so let’s take a closer look at the T100TA. 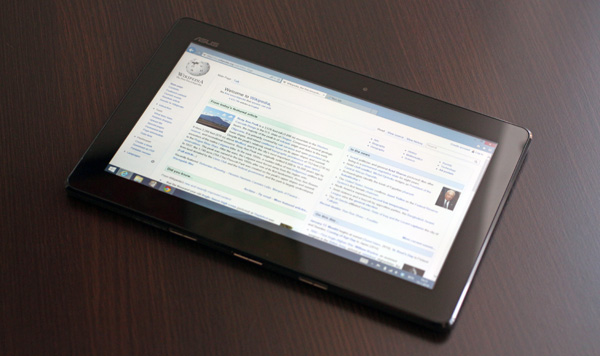 There aren’t that many headline grabbing specs, but the kicker is the price tag. For just $349 you get a quad-core Bay Trail-T processor, 10-inch 1366x768 IPS display, 2GB of LPDDR3-1066 RAM, 32GB of sluggish eMMC storage, micro USB and micro HDMI connectivity, micro SDXC slot and a keyboard dock. Although Asus has a habit of sticking batteries into its Transformer keyboard docks, this one is virtually empty, but it does feature a quite handy USB 3.0 port on the left-hand side.

It is obvious that some compromises were made, but given the price we really can’t complain (much).