Kids aged 6 to 12 seem a bit more tech savvy than one might expect.

A new Nielsen survey claims that a whopping 44 percent of kids on Santa’s lap want an iPad. About 30 percent prefer the iPod touch and 27 will cry their eyes out for a new iPhone. So the survey basically seems to prove that all those who refer to Apple as a “toy maker” have been right all along.

Apple toys are trailed shared by new computers, non-Apple tablets and the Nintendo 3DS, all at 25 percent. Kinect ranks seventh with 23 percent, Nintendo DS series consoles are eight with 22 percent, while 20 percent of all kids “just” want a new TV.

The days of playing ball in the street and begging folks for a new bike are long gone. However, by the time today’s kids graduate they will have to pay all the debt incurred by our generation, so really the joke’s on them. 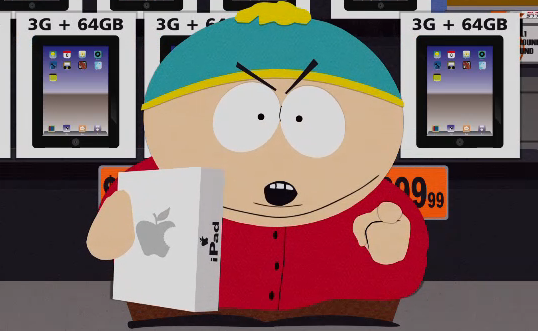 Rate this item
(0 votes)
More in this category: « Apple admits its products poison China Boffins come up with new batteries »
back to top