It appears that our friends over at VR-Zone have been ringing in the New Year with the excitement of some exceptional GPU hardware benchmarks on fresh 28nm AMD Southern Islands silicon, particularly of the enthusiast type. 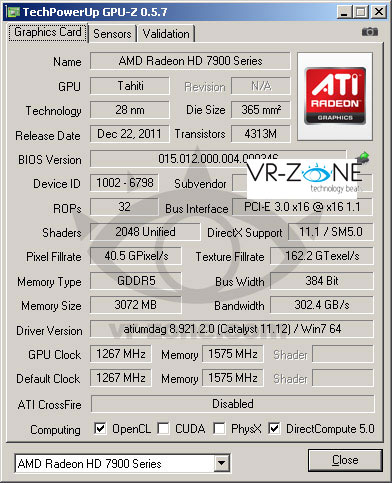 The site was able to successfully overclock their AMD Radeon HD 7970 reference board from 1125MHz core speed to a 1267MHz core speed with a minor voltage bump from 1.15v to 1.25 volts using publicly available software and a special GPU BIOS (which VR-Zone claims will be revealed on Monday, January 9th). 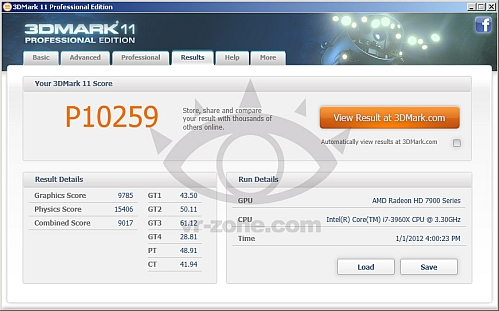 We look forward to reporting on AMD’s 28nm Tahiti GPUs in person at CES 2012 in just one week from now. In the meantime, more preliminary benchmarks and details can be found here.

Last modified on 02 January 2012
Rate this item
(0 votes)
Tagged under
More in this category: « LG unveils details of “world’s largest OLED display” Prisonbreak no longer needs tattoos »
back to top