Today, Samsung has announced that it will release a new lineup of Series 5 ultrabooks at the 2012 Consumer Electronics Show in Las Vegas, Nevada. In order to differentiate this new class of ultrabooks from the company's existing Series 5 Chromebook lineup, Samsung is naming them Series 5 ULTRA - obviously, with special emphasis on the "ultra" for aesthetic purposes, the ultra-thin form factors and lightweight designs. 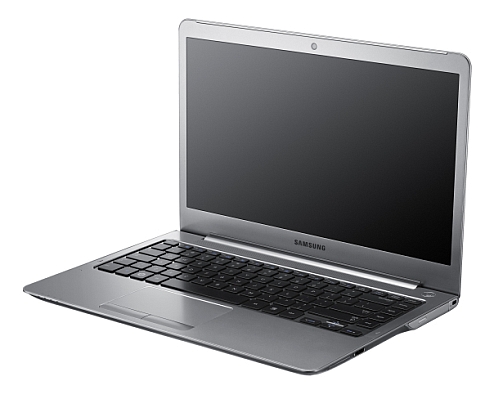 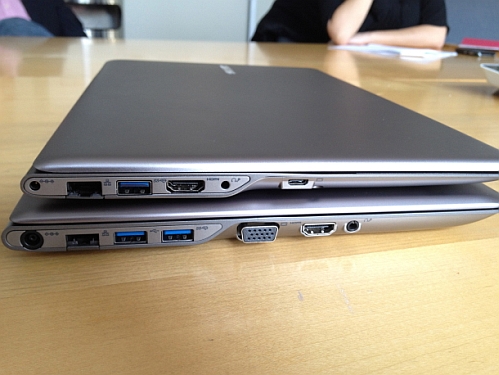 "The Series 5 ULTRA was designed to meet consumer demands for a thin and light laptop that offers advanced computing power and ample storage, while still remaining affordable," said Todd Bouman, vice president of product marketing at Samsung Electronics America. "We're confident that consumers will truly be impressed with the product's design and performance, as well as the fact that we are one of the first companies to release an Ultrabook with an optical drive, which brings a new level of productivity and entertainment capabilities to the category."

Based on our initial impressions, both models feel very heavy to the touch and may be considered "borderline" ultrabook products. Both models weigh in at 3.5 pounds, which is somewhat of an issue considering that the flagship Samsung Series 9 weighs in at a mere 2.5 pounds in comparison. These may be considered "borderline ultrabooks" by our standards, but they definitely learn towards the sight of being ultraportable notebooks. 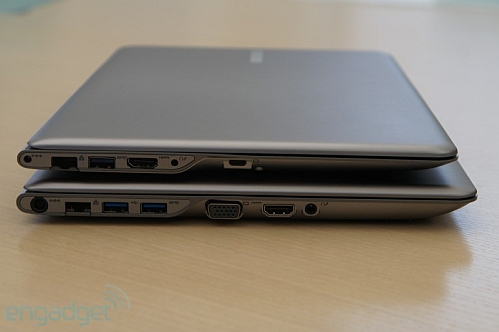 Both 13-inch and 14-inch Samsung Series 5 ULTRA models will be available starting January 30, 2012 with prices ranging between $899 and $1099. The ultrabooks actually showed up for US pre-order a few days ago on J&R but were shortly pulled thereafter.