Faster charging and audio out for $89


Samsung has apparently already started shipping a desktop dock for Google’s flagship Galaxy Nexus, but it comes with a hefty price tag.

Dubbed Galaxy Nexus i515 Pogo Desktop, the contraption is listed at Samsung.com for $89.99, so it is hardly a bargain. It features an audio output, but more importantly it should charge the Nexus quite a bit faster thanks to a dedicated 3-pin power connector. 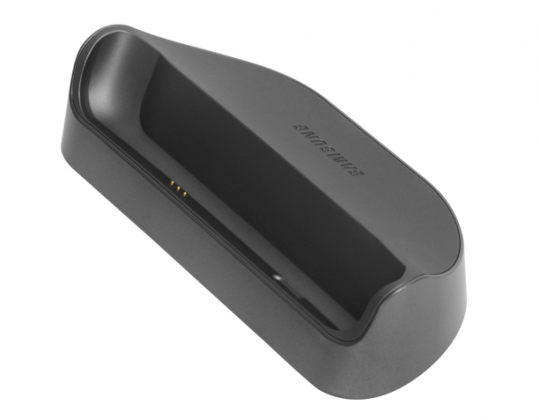 Of course, the whole idea behind standardizing micro-USB chargers was to cut down on waste. However, bureaucrats apparently failed to take into account the staggering pace of development, hence now it takes forever to charge high-end phones via USB, thanks to their huge batteries.

Having a USB charger in the wall and a $89 dock on your desk seems like a rather strange way of cutting waste and costs.