A key memeber of Google's Android team that you might recognize from almost every big Google I/O event so far, Hugo Barra, the vice president of product management for Android, has decided to leave the company and join Chinese smartphone maker Xiaomi.

Hugo Barra announced his decision on Google+ and although he has been a key part of Google from close to five and half years and almost three years as a key guy in the Android team, he notes that it was time to start a new career chapter in his life.

Hugo Barra will join Chinese smartphone maker Xiaomi as global vice president and he will certainly continue to push Android at Xiaomi as well. Although Xiaomi is not selling that many smartphones outside of China we are quite sure that Hugo Barra will change that as soon as possible as the company did manage to outsell Apple in sales last quarter as well as steal the title of top selling smartphone from Galaxy S4 duing the first half of the year with its own Mi 2S.

Xiaomi will certainly be the company to look at now that Hugo Barra is there, especially if he manages to use his influence in Google to push Xiaomi to the global market. Let's not forget that Lenovo is planning to expand its smartphone business and take on western markets as well. 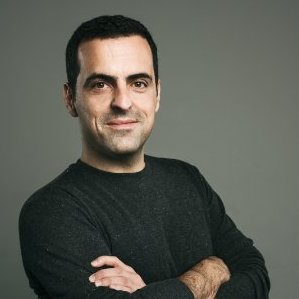 Last modified on 31 August 2013
Rate this item
(0 votes)
Tagged under
More in this category: « Semiconductor sales rebounded in January Kickstarter passes $1 billion milestone »
back to top