Following the likes of Samsung, Apple and Microsoft, it appears that Intel is also becoming a posh company as it plans to open its own pop-up retail stores later this month.

According to Laptop Magazine that attended an event where Intel's exec John Wallace shared some details regarding Intel Experience Store plan, Intel will open its first store in New York City's NoLita area on November 23rd. Although there are still a lot of unknowns and although it appears that these will just be stores for the holiday season, Intel is apparently working with local businesses and community organizations in order to bring some events to its stores as well as offer free coffee, free movie screenings and who knows what else in order to bring the people inside to check out Intel-powered devices.

Apparently there will also be a way for people to order some of those devices online as well as get any possible details from Intel techs in the shop.

Of course, we will surely see more once Intel officially announces its retail stores and in the meantime, you can check out the demo video below. 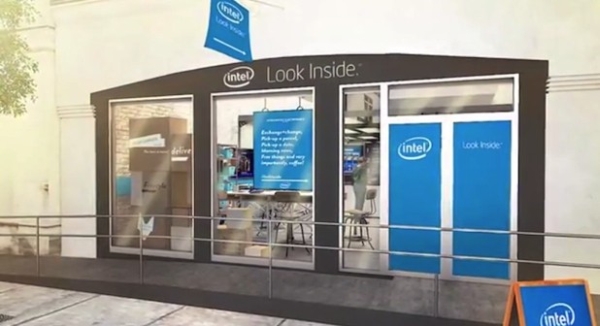 More in this category: « How Google stuffed up its glasses China holds supercomputer crown »
back to top