Android box with Tegra 4 under the bonnet

ZTE has rolled out a rather unusual product. The Chinese telecom giant has launched its first gaming console, the FunBox.

It is a cheap and cheerful console based on Nvidia's Tegra 4 processor clocked at 1.8GHz and the cheerful bit is emphasised by the availability of a dozen different colours. The box features 2GB of DDR3L RAM along with 8Gb of flash storage.

“The FunBox will be supported by a comprehensive ecosystem that encompasses hardware, content and channels, as we are committed to bringing a high-quality home entertainment experience to consumers,” said Adam Zeng, Chairman of ZTE9.

No, ZTE9 is not a typo, it's the name of a new joint venture between ZTE and gadget maker The9 Limited. The9 isn't a typo, either.

ZTE, or ZTE9, plans to sell the FunBox at 689 yuan, which is about $110. That sounds like a fair price, all things considered. The console is not just for gaming, ZTE is clearly going after the home entertainment market, and the FunBox should have no trouble streaming HD video and handling other living room stuff. 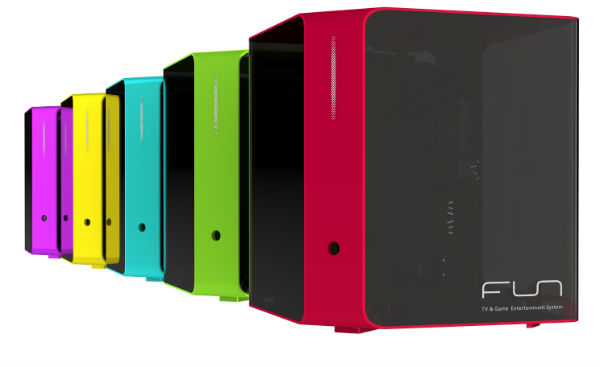 This is where it gets interesting. The FunBox is not just another ARM-based mini PC. There are plenty of Android sticks around and they usually cost a bit less than $100, but most of them are based on outdated chips and run relatively old versions of Android. They are cheap, low-volume products and companies don't tend to invest much in their development.

However, the FunBox apparently has the backing of more than a dozen bi developers, including Take-Two and EA. ZTE hopes to ship at least three million units this year. The launch market is China, but ZTE is hoping to bring the FunBox to other markets in the future.

Rate this item
(0 votes)
Tagged under
More in this category: « Intel powers chips with red wine Intel buys some extra intelligence »
back to top